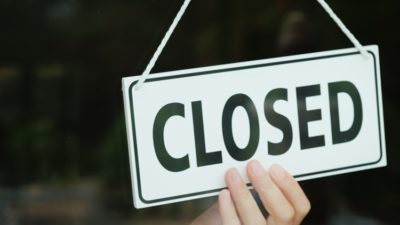 Very clearly, force and the state are inseparable. The state has the power of the sword, the power of coercion, and it can compel men and take life. Is its only authority simply power, naked force? More than a few people have held this to be the case. Some of these have been radical statists and others anarchists. In either case, the state is not much more than a gangster who rules with a gun in his hand and only by force.1

When a government begins to lose its legitimacy, it often resorts to bullying and intimidation. Officials know that even when people do not acknowledge the lawfulness of their authority, people will usually respond to a show of raw power.

As the civil government in the U.S. has strayed from its original constitutional bounds, it has lost respectability. Rather than retreat to the confines of its historic legal limits, it has responded with a startling display of weaponry and shock tactics. The badge, uniform, revolver, and nightstick are no longer considered sufficient to command compliance, apparently. Yet in the vast majority of police work, no resistance is offered that warrants hauling out the machine pistols and M-16s.

Instead, the presentation of overwhelming force is used to cow an increasingly distrustful public. Even small-town police forces are training SWAT teams to perform tasks that were once handled competently by ordinary uniformed officers. These elite teams are virtually indistinguishable in appearance and equipment from military personnel. They carry fully automatic M-16 rifles or H&K MP5 machine pistols, flash-bang and smoke grenades, and favor black combat clothing, Kevlar helmets, bullet-resistant vests, and face shields. The total effect is to increase the apparent size of the officer and convey visually the idea that the officer is a professional when it comes to using physical force.

Police generally do not want the object of their attention to have time to think, to question the legality of the police action, or to develop any response other than prompt and abject submission. Thus the increased use of surprise and forceful entry with battering rams. Even more routine police activity employs intimidation: anyone who has been pulled over by a traffic cop at night knows the disorienting effect of the inordinately bright, flashing lights on the police cruiser.

To some extent, the change in the armament and tactics of the police could be the result of an increase in the violence and boldness of criminals. The Washington snipers were using a weapon with a common military caliber, and even though no more than one shot was fired at a time, the police had to acknowledge that there was some chance that the snipers would have an ordinarily equipped police officer outgunned. Certainly the two men who robbed a Hollywood bank several years ago had the police outgunned for a while. Even where the police are not outgunned, the SWAT team approach may conceivably save some lives. This is because the more moderate resistance that ordinary suspects might offer could perhaps be reduced by using intimidation. Fewer suspects are going to think about resisting arrest when they are looking at a sudden display of massive force, so perhaps the police are actually reducing the amount of violence that occurs in law enforcement situations. (One wonders, though, if an armed-to-the-hilt policeman, high on adrenaline and bursting in on suspects might be more likely to shoot someone in error — and whether innocent people might, in such high-stress situations, mistake the policemen for unusually well-armed burglars and shoot them).

Even if the SWAT approach "works" in some sense, this response by law enforcement agents is addressing only a symptom of the social problem, not the problem itself. The root problem is the rejection of biblical foundations of authority, as well as the limits of that authority. Ultimately, criminal behavior is a declaration of the autonomy of the individual and a rejection of God's authority over human beings. A society that is rejecting God will experience greater intensity and boldness of criminal activity. This may require a response that threatens greater force. The civil government's own actions, however, may have contributed significantly to the loss of respect for a simple badge and uniform. More specifically, the magistrate's authority is questioned because a biblical legitimacy has been replaced by the politics of coercion. As R.J. Rushdoony wrote in Christianity and the State,

[W]e… have a crisis of legitimacy. [L]egitimacy is a religious issue, not an historical or genealogical one. …The man who rules illegitimately rules in violation of the basic presuppositions of society; the ruler may be right, and the people wrong, but the ruler's rootlessness in the situation forces him to rule oppressively. In the modern world, all governments, civil, ecclesiastical, and others, are increasingly viewed as illegitimate, because their humanistic foundations are being radically questioned and challenged.

Legitimacy is everywhere weak because, first, religious faith is everywhere weak, and, second, because the principle of legitimacy on the whole is derived in almost all societies from false and humanistic premises. Where a false legitimacy rules, there too a false premise for law and order exists.2

One thing is clear. Recovering a biblical legitimacy for the state is not going to come through increasing the firepower of law enforcement officers. The problem is a spiritual one, and failure to recognize that fact will mean a failure to deal effectively with crime.

Timothy Terrell is associate professor of economics at Wofford College in Spartanburg, South Carolina. He is assistant editor of the Quarterly Journal of Austrian Economics and is an Associated Scholar with the Mises Institute.