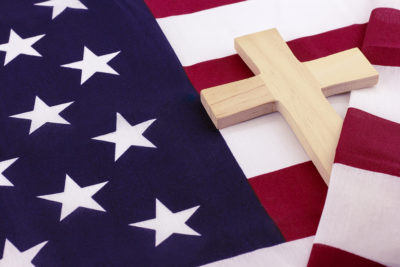 In order to understand liberty Biblically, we must understand man Biblically. We then see two pictures of man in Scripture, one of man created to be obedient to his Creator and that of man after Adam, a rebel against God.

The first sin in Eden was a rebellious disobedience, but the temptation to eat the forbidden fruit only came after Adam and Eve were promised that in doing so they would “be as gods, knowing good from evil” (Gen. 3:5). The motive of the first sin was to be like God himself, to see on a moral and authoritative par with Him. All of man’s sin repeats man’s first attempt to play God, his quest to be autonomous and set his own limits and live by his own law.

Men who believe they are gods who have the right to determine all things will act in terms of that self-image. A divinized man is sure to be full of himself. Sometimes this results in egocentricism, selfishness, or a lawless anarchy. Often, too, it results in men pooling their energies to control others. What good is it for man to claim the prerogatives of a god if cannot exercise them? Sin has a long history of men abusing others. The state, as the highest expression of collective mankind, has been the instrument of the worst forms of repression and cruelty. This was the rule in the ancient world where, outside of Hebraic culture, liberty was unknown.

Christianity clearly rejected all man’s claims to divinity. It demanded a distinction between the divine and the human. Even in His incarnation, Christ was in two distinct natures but without confusion, the Council of Chalcedon declared in A.D. 451. Divinity and divine authority was limited to the triune God. Since Jesus Christ was the one unique link between God and man, all other human authority was limited. No human individual or institution, whether church or state, could claim divinity.

This doctrine of the incarnation, defended at Chalcedon near the end of the Western Roman Empire, became the basis upon which Western European liberty developed. Freedom was thereafter possible because only God and His law-word were recognized as transcendent and all other authority limited. The legitimacy claimed by the divine city-states, emperors, or priest-kings of antiquity was shattered.

Based on the uniqueness of Jesus Christ as man’s connection with God, Christianity denied that role to all others. Because there was one God-man, Jesus Christ, no other man, institution, or sphere could command all others; the power of each, though legitimate in its place, was limited. In the Middle Ages the church itself , at times, tried to violate this limitation by abrogating power and authority to itself. Monarchs countered with a revised, baptized version of the divine emperor, called “the divine right of kings.” The revival of the belief in the limitation of all human authority led to the Reformation’s claims of “the crown rights of King Jesus.” The meaning was clear: Christ, the God –man, was transcendent; all other authority was subordinate, derivative, and limited.

Since the resurgence of humanistic thought in the modern era, the collective voice of man is once again raising its claim to transcendence over God and His law-word. This is the case in the more consciously anti-Christian totalitarian states of the recent past as well as the democratic governments of the West. Any form of government which fails to acknowledge a transcendent divine law will view its own law as, by default, supreme. It has then structurally and philosophically, made its laws transcendent. If a divine moral law is not identified and acknowledged, statist law will invariably fill that vacuum.

Liberty is a product of Christianity’s belief in the transcendence of God and His unique incarnation in the person of Jesus Christ. It saw the power and authority that was God’s as off limits to man. Liberty came about because of this limiting doctrine and, in Christian thought, will always therefore be limited. Adamic man sees sin itself as liberty and offers this as his political agenda. Man in Jesus Christ sees his life and joy under the transcendent triune God and His law-word.

We shall be under a transcendent lawgiver, if not the Triune God of Scripture than another. Life, law, and liberty under God are full of mercy, grace, and blessing. Life under the law of man has, throughout history, been an ugly one of tyranny, repression and abuse. Under which law will you stand?