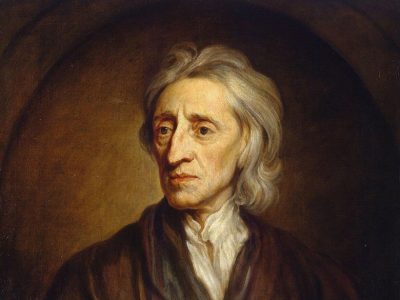 John Locke’s basic political principle was the myth of consent: “Man be­ing . . . by nature all free, equal, and independent, no one can be put out of this estate, and subjected to the political power of another, without his own consent.” For Locke, this universal consent took place in early time, when all men were in the state of nature. (Now, some revolutionists invoke revolution to create a new state of nature, and a new beginning.) Normally, in history, Locke held that the majority represented the whole body politic. Locke was a majoritarian to the core, as Willmoore Kendall pointed out a few years ago.

Locke’s humanism placed right in man. Humanistic monarchism had located divine right in the king; Locke now relocated it in the majority. After Rousseau, this majority found its general will expressed by the ac­tions of an elite minority who know best what the majority should want. Dante Germino, in Machiavelli to Marx: Modern Western Political Thought, holds, for example, “It is possible that today a minority of the people could prove to be the most authentic and effective exponents of substantive democracy” (p. 137). Frank L. Field proposes re-educational centers to remold dissidents, but claims these are not “full-blown concen­tration camps” because their purpose is benevolent (F. L. Field, Current Bases for Educational Practice, p. 46ff.). The myth of consent leads to “benevolent” concentration camps, where consent must be extracted.

Locke began by denying implicitly the sovereignty of God and His Word in favor of the sovereignty of right reason. True and valid govern­ment was for him, as Germino perceptively notes, “government of ratio­nal man, by rational men, for rational man.” The champions of right rea­son soon find, however, that most men, including certainly the orthodox Christian, are not “rational.” Thus civil government cannot be of or by them but over them for their welfare.

Locke rightly saw the tyranny of rule by one man, a monarch, ruling by his will. The will of one man expresses the greed and sin of that one man. His alternative, however, was the will and word, not of God, but of the majority. The majority, however, is no less sinful and greedy for be­ing a majority. The rise of majoritarianism has given us a greater tyranny at times than the old monarchism in that the greed of the majority is potentially greater than the greed of one man and his circle of courtiers. Socialism and fascism give us the civil government of envy and greed, and hence they decapitalize and destroy society.

The power to rule, whether by one man, a minority, or a majority is a menace to society whenever and wherever it is separated from the objective and absolute law of God. It then becomes, not a government of justice, but of envy, greed, class conflict, and class and race hatred. The basic faith in all forms of humanistic political theory is that a selective rationality exists. This doctrine can hold that one man, a monarch, has divine rights and a rationality sufficient for his task. In other forms, mi­nority and majority rule theories insist that this power of rational rule is compassed by their elite groups or numbers. For Marxism, rational rule is selectively incarnate in the dictatorship of the proletariat. For fascism, rational rule is the province of the elite party and its leader.

Hitler, for example, believed in neither God nor in conscience, which he called “a Jewish invention, a blemish like circumcision.” Man’s hope was for him in scientific reason. During the war, he stated, “The dogma of Christianity gets worn away before the advances of science . . . Gradu­ally the myths crumble. All that is left is to prove that in nature there is no frontier between the organic and the inorganic. When understanding of the universe has become widespread, when the majority of men know that the stars are not sources of light, but worlds, perhaps inhabited worlds like ours, then the Christian doctrine will be convicted of absur­dity . . . The man who lives in communion with nature necessarily finds himself in opposition to the Churches, and that’s why they’re heading for ruin — for science is bound to win.” Science is bound to win! We cannot understand why the German universities so extensively supported Hitler if we fail to grasp this central aspect of Hitler’s faith. Hitler’s wartime plans for rebuilding Linz included a great observatory and planetarium as its centerpiece. It would become the center of a religion of science, and, Hitler said, “Thousands of excursionists will make a pilgrimage there every Sunday . . . It will be our way of giving man a religious spirit” (Alan Bullock, Hitler: A Study in Tyranny, pp. 389–390). There is no reason to believe that our universities will not be equally ready, throughout the Western world, to receive another Hitler or Stalin.

Having denied the sovereign God, men will locate sovereignty some­where on the human scene, and close to themselves. Having transferred justice and righteousness from God to man, men will confuse their will with justice, and other men will be less than men in their sight.

If man is defined in terms of God and His Word, all men are created in His image; all men are alike sinners, and the call to redemption is extended to all men. If man is defined as a rational animal, then man is defined by his rationality. In campus discussions, I have been told by some who oppose me that my Christian position is totally irrational; for me, their unbelief (or, sometimes, heresy) is “totally irrational.” We have here a flexible yardstick which depends on our presuppositions. Thus, whenever we begin with a humanistic definition of man, we dehumanize most men. They are then subhuman, and their consent is unnecessary, because they lack mental competence supposedly. The myth of consent is leading increasingly to no consent, and in socialism and fascism it rede­fines consent to make it a farce.

God having made us, defined us, and established us in our world and circumstances, reserves unto Himself the right to remake us. Any at­tempt by man to remake man in terms of a humanistic righteousness is usurpation.