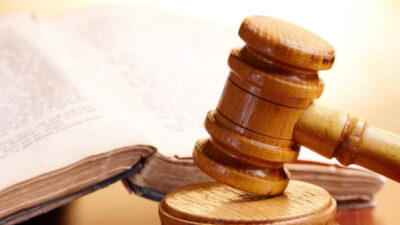 One of the basic premises of Christian culture, as taught and devel­oped very early by the church, is the insistence that the world and all men therein are under God’s law. Power and authority are derived from God’s law, and this is true of every area of life, the family, church, state, school, and all vocations. As a result, a fundamental principle of the me­dieval period was the doctrine that the king, and all others in authority, must rule according to law, God’s law.

The too common backward look of medieval philosophers and their readiness to follow Greek and Roman thinkers, led to the adoption of a Roman premise, common also to the Germanic tribes and to all pa­gan antiquity, that “necessity knows no law.” The forms of this proverb vary: some read, instead of necessity, “the public” or “common utility,” “public welfare,” “emergency,” or “reasons of state,” but the idea in all is the same. Necessity became the governing public principle, so that, as Post has pointed out, it came to mean, “necessity knows no private law” (Gaines Post, Studies in Medieval Legal Thought: Public and the State, 1100–1322 [Princeton, NJ: Princeton University Press, 1964], pp. 8ff., 22).

In time, this came to mean that God’s law was a private concern of re­ligious man, and thus it could be overruled by the state. Instead of God’s law as the higher and ultimate law, necessity came to be the new higher and ultimate law. Even churchmen began to see necessity as the higher law, and one result was the justification of theft in cases of necessity, i.e., to forestall hunger in some cases, or to alleviate extreme distress. Man’s necessity was given priority over God’s requirements, a logical result of the return to the humanism of antiquity and of the barbarian kingdoms.

The belief that “necessity knows no law” meant the breakdown of “private” law as well, and thus of morality, because a higher law always supplants and negates all lower law. One result was a growing moral anarchism and the brutalization of the law, the courts, and public life, culminating in the Renaissance. The individual began to govern his own life in terms of his own priorities or necessities, and, the more widely men came to believe that “necessity knows no law,” the more widely they de­fined necessity. Every desire and whim of man began to pass for necessity and thus was exempt from the governance of law.

The state was the biggest gainer from this new principle. Having used the idea of necessity to increase its power, the state began to define itself as the realm of necessity and therefore beyond all law. The state thus began to claim jurisdiction over every area of life, including the church.

Although the Reformation and Counter-Reformation for a time pushed back the pagan principle of necessity, it soon returned with the Enlighten­ment, and, since then, has become the governing principle of virtually all civil governments. Reasons of state, or necessities, are deemed sufficient to justify all policies and courses of action. In terms of the state as the necessary principle of life and law, the state has taken over education and is beginning to look towards more and more control of the churches. The state, claiming to be the new god of creation, claims jurisdiction over ev­ery area of life. State law is held to govern all of life, but the state is itself under no higher law.

The state cannot be neutral towards God. When it denies God’s law as binding over itself, it affirms thereby that the law of the state is ultimate and binding over all things and bound by none. Its basic premise, then, is that the world is under the state’s law, not God’s.

The end result of the premise that “necessity knows no law” is total tyranny and terror under a totalitarian state determined to permit no independent existence to any man or institution. Such a consequence can­not be prevented merely by fighting totalitarianism but only by undercut­ting its basic premise. The priority of God and His law must be asserted, maintained, and acknowledged in faith and life.

The death of God school of thought was a logical result of the belief that necessity can be separated from God and His law. By declaring that “necessity knows no law,” men in effect declared that God is dead and man reigns. By affirming and applying the principle that the only neces­sity is God and His law, men in effect declare that the totalitarian state is dead and God reigns.

Fear and hatred for, and opposition to, the totalitarian state are inef­fectual and generally futile as long as men see it as the necessary order: they cannot by hatred nullify its power. Only as they by faith recognize the absolute necessity of God’s law, and the absolute sovereignty of God himself, will they cease, whether in love or in hate, to bow before that modern Baal, the sovereign state. Until then, men are impotent, and they continue to bow before the gigantic eunuch, the sovereign state, which claims all potency but can only kill, never make alive. Only then can men declare, “The Lord reigneth; let the earth rejoice; let the multitude of isles be glad thereof” (Ps. 97:1).