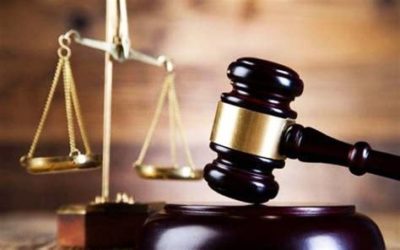 One of the most common means whereby we justify bad behavior is by claiming victimization, that we are, in fact, the victims of another. Claiming victimhood is to claim innocence, or at least non-liability because of the greater guilt of another.

Adam blamed Eve and, ultimately, God; “The woman whom thou gavest to be with me, she gave me of the tree, and I did eat” (Gen. 3:12, emphasis added).

Eve also claimed to be the victim: “The serpent beguiled me, and I did eat” (v. 13). Passing the buck is about more than evading responsibility; it is an attempt to pass responsibility to another.

Spouses often blame problems on each other. Parents blame children for making their life so hard, and children blame parents for their failures, real or imagined. Karl Marx blamed capitalists for man’s social and economic problems and taught all succeeding political and social engineers the power of contrived guilt. Both employee and employers often claim to be victims of the other. Most nauseating are the criminals whose defense is in their own victimization by others.

It is easy to claim we are victims because everyone around us is a sinner. Much sin does produce human victims. Victimization, though, is about more than being a victim; it is a means of justifying behavior. It says that sin is not our fault because ours is the lesser offense.

If we say we are victims, it means someone else is a victimizer. It means someone else is guilty and must be punished. Victimization is a plea of “not guilty” because someone else is. Victims are not punished, but victimizers are. It means a person or group must be punished. If men are said to be victimized by an idea or movement, victimization is a demand that justice mobilize against someone or something else. This can even be a law or concept of justice. The pro-abortion movement’s great public relations coup was when it made the women who kill their children out to be the victims of “back alley abortions.” Abortion went from being a criminal act to a form of victimization of women.

Even if it is correct in pointing out the offenses of others, victimization only deals with the human aspect of sin. Sin is often against man, but it is always against God. Theft is an offense against a man and his property, but it is first and foremost against the moral law of God. The justification of victimhood ignores sin as a moral offense against God and focuses exclusively on its violation of man. Victimization is not about transcendent justice, it is about transferring responsibility to another person, group, or idea.

Adam and Eve passed the buck, but God pronounced judgment on each of them because each was held accountable for his or her rebellion. The extent to which they were victimized did not in any way lessen the seriousness or the consequences of their sin.

Man is most of all a victim of his own sinful nature, the guilt of which, but for the grace of God in Christ Jesus, he would have to bear entirely on his own. The two categories of man are not victims and victimizers but the old man in Adam and the new man in Christ. Justifying sin by claiming another is responsible for our sinfulness is to ignore that all sin is a violation of transcendent divine justice. It denies our culpability to judgment and is a defense that will not stand before the judgment seat of God.