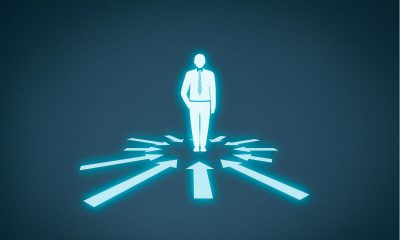 A man, a devout and earnest churchman, believes that God has ap­pointed men to govern in the various spheres of life, and his attitude towards his wife and family is that it is their duty to serve him. He has con­verted the doctrine of headship into a self-serving and false idea. The pur­pose of authority and headship must always be service (Matt. 20:25–28; Mark 10:42–45), but not so with him.

A minster’s wife is regularly incensed at all he does for the parishioners. She accuses him of putting his work ahead of her. It only infuriates her when he says, “You are to be my helpmeet in my calling, which is not to ca­ter to you.” Because of her tantrums, he is going into premature retirement.

A child who seems to believe that all the brats portrayed on film and on television are the best role models makes one’s visiting his parents a problem. Because of the parents’ eminence, few dare to comment on the child’s behavior.

In all three of these incidents, which can be multiplied endlessly, there is a common thread, original sin. Original sin is set forth in Genesis 3:5; it is man’s will to be his own god, determining or choosing for himself, what constitutes law, morality, and good and evil. Original sin is taught in many state schools and is called “values clarification,” i.e., everyone decides for himself what values to live by. This was the tempter’s program for man’s freedom in the Garden of Eden, and it is still his program. Its lure is stronger than ever as man dreams of using technology to create his new paradise without God.

The issue in history is basically this: one God, or many gods? How can gods many live in peace when each insists, “My will be done”? Each year I learn of more and more human disasters as men, in the church and out of it, insist that their will must be done.

To eliminate international conflicts, twice in my lifetime nations have tried to unite in an international organization, first, the League of Na­tions, which is not yet dead, and, second, the United Nations. The fallacy of these efforts has been the fact that coming together has not changed the nature of any country, nor any man. They remain sinners. Marriage does not convert a man and a woman from sinners into saints. If coming together could do that, polygamy or polyandry would cure human prob­lems! False unions only aggravate problems.

We live in a world with many gods and therefore many problems. There is much talk about brotherly love when what we see is a wide­spread and senseless hatred. At its extreme, we have sociopaths, or, psy­chopaths, who cannot see any moral restraints as binding upon them. Their appearance and prevalence in our time is evidence that the Biblical, moral, and legal ties that governed men under God have eroded. Our times are resembling the days of the Biblical judges. “In those days there was no king in Israel [God was not acknowledged the king]: every man did that which was right in his own eyes” (Judg. 21:25).

One scholar concluded his account of World War I by speaking of “man’s long, slow, faltering progress upward from the primordial slime.” The problem with his perspective is that he cannot define “progress.” Is it to outgrow war? What, then, of the greater slaughter of the unborn? Is it to value life? Who can say, without God, that life is good? More than one Eastern religion sees life as a curse.

Without the God of Scripture, we have the collapse of all values into totally subjective opinions. If man denies the Bible, and the God of the Bi­ble, the logical alternative is the total demoralism of the Marquis de Sade.

Outside the doors of the church, and all too often within, there is a major erosion of faith and morality under way. For fear of offending the world, too many churchmen soft-pedal the offense of the faith, hoping thereby to win some over to their side. But the offense of the faith to fallen man cannot be long concealed. The Word of God is an indictment of us all; it is very often a distressing book as it tells us we are sinners, and that in us there is no good thing, and that “there is none that doeth good, no not one” (Rom. 3:12). This word requires the death of the old man in us, and the remaking of our being by Christ our Lord. We must abandon the world of gods many, and especially our own claims to be autonomous rather than theonomous; and we must be made anew by God the Son.

In 1909, two men wrote a History of the Future which was in part a vision of advanced technology and the disappearance in part of religion and the family. The authors wrote, “It will become clear that the concept of morality itself is outdated and has only to do with the convenience of the social structure.” It will be replaced with new forms of “global awareness” and “the acceptance of self as God” (p. 57). Of such thinking is madness made!

But “He that sitteth in the heavens shall laugh: the Lord shall have them in derision” (Ps. 2:4).

`We need to echo that heavenly laughter.