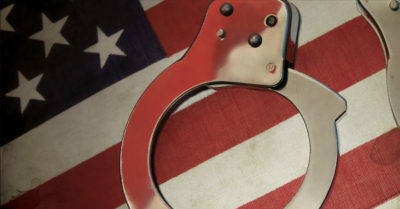 During an unprecendented time in modern history, citizens are witnessing the overreach of civil government—especially at the state and local level—and Chalcedon is meeting them with a message we’ve always taught.

Someone recently commented on our Facebook page asking what we were doing in light of the present “tyranny.” The reference is to the actions by governors, mayors, police, and the like during the current lockdowns. Truth be told, we’re doing what we’ve always done because the menace of statism is hardly a novelty. One would be hard pressed to find another Christian organization so dedicated to the issue as Chalcedon has been since 1965.

In our recent episode of the Chalcedon Podcast, Mark Rushdoony said, “Now people are seeing the problem. They’re seeing the overreach. They’re seeing this authoritarian assumption that the government can do anything it decides is necessary and good. And the Constitution is in effect a dead letter to them. They’ve even extended it to churches, which in the long run, I think, may be a good thing because it’s important that people see government overreach… more and more Christians now are aware of the problems of statism than they were six or eight weeks ago.”

For Chalcedon, this represents another opportunity to communicate our message to more and more Christians as they look for answers moving forward. Obviously, the restrictions will be lifted, but a precedent has been set. Will the average Christian look to politicians as the answer, since it was politicians—even conservative ones—who threatened their freedom?

The answer is always Christian Reconstruction, and what we’ve been given through this crisis is an opportunity to teach fellow believers about the realities of statism and the solutions that the Scriptures provide us.

On page 33 of Sovereignty, Rushdoony writes, “[W]hat God requires of us is to take back government from the state by our tithing to finance Christian reconstruction, and by our own actions in our spheres of life.”

The problem is the first tendency of many is to revolution, protest, and rebellion which represent short term solutions that do not consider the future. Again, Rushdoony writes, “Opposition does little good without Christian reconstruction in terms of God’s law-word.” (Ibid., p. 32f).

Christians reach for politics because they believe politics holds promise for a faster solution than any long-term strategy such as Christian Reconstruction. However, they’re also learning that they should’ve been wiser in their past by taking steps to better secure their jobs, save more money, store basic household necessities, and strengthen their immune systems. These are all examples of a long-term approach based upon forward thinking. Is Christian Reconstruction that much of a stretch?

This is why the most important thing we all can do is to double our efforts in communicating Christian Reconstruction to an audience that’s more willing to hear.

It’s also a great opportunity to share resources with others such as Rushdoony’s book Our Threatened Freedom: A Christian View on the Menace of American Statism. We’ve recently shared many “memes” on social media based upon citations from the book which are catching on with new viewers daily!

We’ve also focused the last two episodes of our new podcast on this topic, and if you’ve not heard those, then visit https://chalcedonpodcast.libsy... are also video versions of our podcast which are available on our YouTube channel at