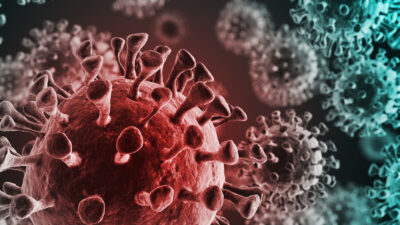 The Plague — An Ultimate Arm of War?” So reads the title of a front-page news story by William Hines, Washington Star Service, in the Thursday, January 19, 1967, Oakland Tribune. The article reviews a two-part report in the magazine, Science.

It is already possible to make some dreadful conjectures on the basis of things presently on the record. The possibility of a militarily instigated outbreak of plague is one.

We know that plague (“the Black Death”) is one of the munitions of war being worked on in the CBW program. We know this because a soldier named Ralph Powell fell ill of pneumonic plague in 1959 working at Fort Detrick, Md., where CBW research is centered.

Pneumonic plague is one of two forms of the worst scourge ever visited on mankind. From a military point of view the pneumonic variety is preferable to the bubonic because bubonic plague requires the cooperation of a rat and a flea in the cycle of epidemic infection. Pneumonic plague can be distributed more ef­fectively by aerosol sprays from airplanes or fog from smoke-type artillery shells.

Because of quick diagnosis, Hines reports, Powell was cured, but the intensive care with quick diagnosis and strict isolation are essentials which would not be available should an epidemic strike a large city.” Although estimates vary, Hines states that “[t]wenty-five million of the 75 million people then living in Europe died in the first great Black Death between 1347 and 1350. More than one-seventh of London’s population of nearly 500,000 perished in the Great Plague of 1655, and other ar­eas were subsequently hit when Charles II and his court fled, taking the scourge along with them” (p. 4).

Other aspects of CBW include “war against food. A woman scientist was awarded the Army’s highest civilian service medal for her work on a fungus particularly effective on rice.” Hines concludes, “For 20 years man has been juggling the nuclear tools of his own destruction. Now he may be on the verge of acquiring a new and equally ‘unthinkable’ tool. Carried to its logical conclusion, CBW could provide a solution to the population problem — the ‘final solution,’ as Adolf Hitler so felicitously put it” (p. 4).

Man proposes, but God disposes. The nations of the world are busily engaging in chemical and biological warfare studies as the next step be­yond atomic warfare. It is regarded as a superior method because it offers opportunities to capture an area with the people unharmed, or with the resources unharmed and the people eliminated.

But, meanwhile, an unplanned, nonsocialistic plague is getting under way in Asia. In Santa Ana, California, the Register for Monday morning, November 21, 1966, reported on page one, “20th Century Man Menaced by Revival of ‘Black Death.’” The article stated that, for the first time in forty-two years a case was brought into the United States by a soldier returning to Dallas, Texas, from Vietnam. “In one year 11 nations in the Southeast Asia-Pacific region reported the number of plague cases had almost tripled.” But these statistics do not tell the story, because few deaths in that area pass through medical and statistical hands.” The report concludes (p. A2):

Recent checks showed that fleas in the port areas of Vietnam are now immune to DDT and every ship or plane leaving the war zone could carry plague-ridden fleas.

The main reasons are rapid urbanization and lack of appreciation of the danger.

The most important developments, however, are in Communist China. Within that nation, three diseases are spreading: Asian Flu, pneumatic plague, and cholera. According to Robert S. Allen and Paul Scott, in their “Washington Report” (Oakland, California, Tribune, January 27, 1967, p. 30):

With these deadly diseases appearing in epidemic proportions in several northern and western provinces, United States and Russian officials are gravely concerned that the spreading civil disorder in China may turn that country into a massive incubator of epidemics.

As a result, the United States, through Secretary Dean Rusk, and the Soviet Union, through Ambassador Dobrynin, are discussing common action against the threat of plague. It is one thing for nations to plan to unleash plague against mankind; it is another for God’s judgment to unleash it against man. Then all good nations are called to work to­gether through the United Nations to stop the plague. Man’s biological and chemical warfare is good socialist planning: God’s judgment simply cannot be permitted by the United Nations and the World Health Orga­nization! This is good humanism but not good sense.

Allen and Scott report that the epidemics in Red China are potentially a far graver threat to our troops than the Vietcong and North Vietnam­ese. They are an even greater threat to the Soviet Union. A Red Guard defector has reported that the flu epidemic has already entered Soviet areas. The fear is that the other epidemics, the plagues, will follow.

Plagues are a common occurrence at the end of an age, whether of the Roman Empire, the medieval era, or any other culture. The end of an age is marked by a general breakdown of morality, law and order, money, soil, morale, the will to live, and of all things, because the ba­sic faith which has undergirded the culture is either gone or abandoned. When man lays waste his spiritual resources, he also lays waste all other resources, natural, economic, political, agricultural, and all things else. When men are without faith and cannot say why they are alive, their will to live is weakened. Men with strong faith and a sense of calling have the strongest resistance to death. The forces of life are in them stronger than the forces for death around them. In an age when men cannot say why they are alive, or what life’s purpose is, the survival ability is on the whole poor. Men live, not because of a zest for life, but in fear of death. Men with a zest for life under God and a joy in their work tend to have a long and vigorous life.

Today, men are spiritually sick, more than that, spiritually dead, be­cause of their apostasy from God. As a result, they have a poor survival ability. It is significant that it is in Communist China that the plague is beginning, for life has become most meaningless there. But life is basi­cally meaningless everywhere if man’s chief end is not to glorify God and to enjoy Him forever.

Jesus Christ speaking as Wisdom ages ago through Solomon, declared, “But he that sinneth against me wrongeth his own soul: all they that hate me love death” (Prov. 8:36). Men may hate the thought of plague, but if they hate God more, it is the plague they will inherit and unconsciously choose. And this is their judgment.

In our world today, we are seeing the spread of socialism, which is a man-made sociological plague. We shall soon see the plague of socialism itself plagued with all kinds of plagues, in every area of its existence. Significantly, Revelation speaks of God’s judgments on Babylon the Great, the one-world humanistic order, as a series of “plagues” which destroy its planning in every area. Against all man’s planning, God’s plan stands secure.