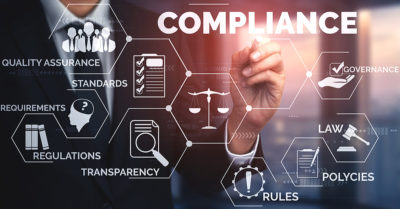 One of the things we shall hear more and more about these days is planning. Master plans are either being developed for every community, county, state, business, and group, or else are slated for development. Hand in hand with this go plans for data banks, master files giving full information on every individual, organization, or group. Some of the statements made by the planners are alarming. Thus, Mel Scott, in proposing a metropolitan area government for Southern California, said, "One of these days there will be brought into being in this metropolitan region an urban resettlement agency...It should be the most unorthodox agency ever conceived and should be free to experiment with a great variety of services, projects, methods and legal powers." On the other hand, some planners are themselves alarmed at the potential menace in planning. Whether liberals or socialists, they believe that their planning is for the good of man, and the dangerous overtones of planning frighten them. Thus, planner Albert Mindlin has asked, "In marching courageously forward to a 1984 Utopia, are we not also blindly paving the way for a possible 1984 Big Brother?"

The answer is obviously yes. Socialism rests on two foundations: First, managed money, counterfeit money, or paper money. Since money is the life-blood of economics, control of an economy requires control of money. When money controls begin, socialism ensues, whether it is intended or not. Second, planning is the next requirement. To manage an economy it is necessary to increase the controls over the economy, and this calls for ever increasing planning and finally total planning. To manage the economy, you must control and plan it, and the control begins with money and spreads to every aspect of every man's life.

Planning means several things. First, its goal is total control over man in order to provide man all the benefits socialism offers. For socialism to function, total control is necessary. Second, this means that there must be a total plan for man. We shall hear more and more about total planning. It is impossible to go to any corner of the United States and escape a master plan for the area, and for yourself. Socialism wants to save man, and to save man it must plan and control his life. Third, to plan and control man, it is necessary to have total knowledge about man. As a result, data banks and master files are being accumulated to provide that total knowledge about every man, community, group, vocation, and all things else.

A Marxist, Maurice Cornforth, in an important work, Marxism and the Linguistic Philosophy (International Publishers, 1965) has written, "The goal of socialist politics and socialist planning is, obviously, to produce an absolute abundance of goods and services, so that all that anyone can need is available to him. And, apart from obstacles of external interference, natural calamities and errors of planning, all of which are surmountable, there is no reason why this goal should not be reached" (p. 327).

In total planning, the state takes the place of God, and it gives us predestination by man, predestination by the socialist state, as the substitute for God's predestination. But, as Cornforth said, to accomplish this, the state must be free from opposition, natural disasters (which are unplanned, as droughts and floods always are), and also free from human errors. This is quite an order!

What happens in reality when the state begins to plan? The stronger the state becomes, the more extensive becomes its planning, and the more serious its penalties for non-conformity. The statistics of a state decline in accuracy to the same ratio as the state increases in power. A powerful state demands success of its bureaucracy, and it demands conformity. It gets conformity but not success. Every Five Year Plan in the Soviet Union was planned on the basis of statistics provided by every division of state and industry, and agriculture as well. The statistics were dishonest. Men were afraid to report the chaos which existed in their area, and they provided doctored statistics as a result. The Soviet planning rested therefore on erroneous statistics. When the plan ended, who wanted to report failure and go to Siberia? Everyone reported success. Thus the plan was a success; the USSR was gaining on the US, and people were starving when statistics reported a good harvest!

It is not necessary, however, to go to the Soviet Union for dishonest statistics. They exist everywhere and in all states. When the European powers took over Africa, they worked to civilize it. Cannibalism was outlawed. Now every good colonial administrator wanted to report success and gain promotion, and so they reported a steady decline in cannibalism and a rise in civilization. Thus they went on to a higher post after claiming a 30% decline in cannibalism. Their successors followed a similar practice, until cannibalism was statistically abolished and civilization reigned in Africa! But the difference between statistics and reality appeared when the colonies gained independence and cannibalism revived. Nigeria was regarded as a showplace of African statehood, with extensive education, British degrees from distinguished universities abounding, and the Prime Minister, Sir Abubaker Tafaw Balewa, knighted by Queen Elizabeth. Unfortunately, on January 15,1965, Sir Abubaker, Sir Ahmado Bello, and other dignitaries proved to be the main course at a dinner held "by local democrats and humanitarians."

U.S. statistics, as provided by the federal, state, county, and city governments are little better, and the higher up one goes, the worse they get. Statistics are economic data; but, when collected for state usage, they become political facts, and they are therefore bent, twisted, and altered to suit political purposes. A business firm must have accurate statistical data on sales, cost, and production, or it will go out of business. From start to finish, business statistics are economic facts and are governed by hard economic realities. But, from start to finish, under socialism statistics are political facts and are governed by political realities; as a result, economic reality is suppressed, and the result is continued political power for a time together with economic chaos.

This is a nemesis of socialism. Socialism cannot work, because first, it tries to assume the role and prerogative of God, which is impossible. And second, because socialism destroys economic order by giving politics primacy and power over economics. And since political management of the economic sphere is a basic tenet of socialism, socialism is by nature involved in a contradiction and an impossibility.

How then does socialism survive at all? There are two roads for socialist survival: First, socialism is parasitic. It must feed on a healthy body to survive. A parasite can only live as long as it has a healthy or living body to feed on. When the host body dies, the parasite either finds another host or dies also. Today, the US is the host body for the world parasites, and it is bleeding to death. Second because socialism is parasitic, it is imperialistic. Every socialist state must capture ever fresh countries in order to gut their economies and survive a little longer. Whether military or otherwise, imperialism becomes a necessity for socialism. We need not be surprised then at the continual aggression of a socialistic era.

Master planning thus ends in a masterpiece of anarchy, lawlessness, and confusion. Man's plan is failing everywhere, as it of necessity must. God's plan alone remains assured, and we must move in terms of it.