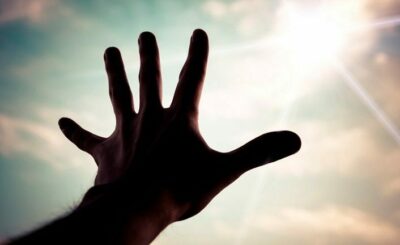 Recently, in Jamestown, California, some eighteen miles southwest of us, a murder took place. A man was on trial for sodomizing young boys at a church camp. He had been convicted in 1983 of a like charge and had simply been put on probation. The man had told one of his victims that if he ever told anyone what he had done, he would kill his mother. In the courtroom, the man smirked as he saw the frightened boys, one of whom had vomited at the thought of testifying. The boy’s mother went to her car, came back with a twenty-five caliber pistol, and shot the man five times, killing him.

There was a coast-to-coast reaction in favor of the mother, and money was sent for her defense. Law enforcement officials were on television repeatedly to condemn the murder. One preacher called any pastor who condemned the murder a “Baal-priest.” Feelings were and still are intense.

It is certainly a fact that most people felt a strong sympathy for the mother, while regretting the murder. The growing lawlessness, the laxity of judges and jurors, the failure to exact the death penalty where due, and more, all contributed to the growing anger of many people. It would be difficult for any of us to say that, given the same circumstances, we might not also have killed the man. But that does not make it right. The Bible gives us a precedent in Phinehas (Num. 25:6–15); but Phinehas was a high-ranking leader, the grandson of Aaron, a close relative of Moses, and, later, a high priest. He was a man of authority in the nation, and a part of the law order. There is here no warrant for us to take the law in our own hands. Calvin limited all such acts to men who, as magistrates, could legitimately intervene to reestablish law.

We live in a time when too many church people see “direct action” as the solution. And, all too often, they have bypassed godly avenues of action. They are antinomian; they do not tithe; many do not vote; and they do not support godly men who seek to enter the political realm in terms of Biblical premises of action. They do not act; they react. They do not work to create a Christian order; they simply manifest wrath against things. They react, and this is simply negation, not Christian Reconstruction.

I hear much too often of rapes. Is the answer for churchmen to lynch or kill in some way all the rapists? We live in an ungodly society. Should we begin to kill off the ungodly, the lawbreakers who deserve death? The early church faced all these problems. Their daughters were seized and raped, and then placed in brothels. Would Christianity have survived if they had taken to the sword? St. Cyprian forbad even demonstrations against such things. The Christian calling he saw as the conversion of men and nations to Jesus Christ as Redeemer and King. Facing much more evil in that time than we do, the church fought in the Spirit. It became the force for healing and renewal, for regeneration through Christ the Lord. In time, the corrupt courts were changed, not by violence, but by God’s grace.

The only good we have in our society comes from God’s grace and mercy. This is also our only hope for the future. Certainly our hearts are moved by this mother’s act, but this does not change the Word of God. The gospel, not the sword, is our strength, and life in Christ is the only regenerating power.