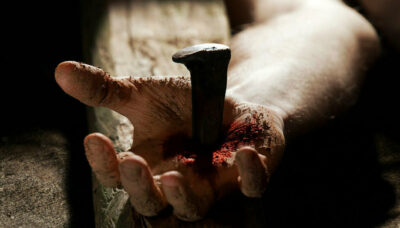 Although there were periods of apostasy, and also the common rebellion of civil governments against God’s law, the usual practice of the Christian community over the centuries has been to require restitution as God’s mandate. This meant too that the habitual criminal, in terms of the case law of the incorrigible son (Deut. 21:18–21), was to be executed. The execution of habitual criminals was once common in the United States; later, third or fourth offenders were given life imprisonment, and then even this disappeared.

As late as 1918, the United States echoed this principle of restitution in its foreign policy. In a report on “Armenia and Her Claims to Freedom and National Independence,” it was stated: “According to the law of all civilized people, including the Sheri law, no murderer can inherit the property of the victim of his crime. That inheritance or estate must pass not to the murderer but to the next of kin of the victim” (U.S. Statutes at Large, 65th Congress 1917–1918, 3rd Session, Senate Document No. 316). This statement, while not specifically Christian, did all the same set forth restitution.

In recent years, the erosion has been rapid. Instead of seeing love as the fulfilling or keeping of the law (Rom. 13:8), modern churchmen have seen love as replacing law. Judges have readily picked up this doctrine. I recall the shock of a small businessman, in the late 1950s. A man with a record of passing bad checks had bilked him also. When he went to court, the businessman saw the guilty man given a suspended sentence and placed on probation. He himself was savagely lectured by the judge for demanding restitution and treated as unloving and un-Christian.

Since then, of course, this evil has proliferated, and law has decayed because of this hostility to restitution. Crime is now highly profitable, and injustice prevalent.

But the fact remains that restitution is God’s law, and it is God’s law not only for all relationships between man and man, but also between man and the earth, and man and God. Remember, God required the land to have seventy years of sabbaths by sending the people into captivity “until the land had enjoyed her sabbaths” (2 Chron. 36:21). In one way or another, in His own time and way, God requires and effects restitution. At the end, the final accounting is rendered.

Restitution thus can no more be abolished than God can be abolished. When men sidestep or bypass restitution, God exacts a penalty. We can evade and play games with man’s law, but never with God’s law.

Without restitution, man’s idea of law loses its center and becomes erratic and unstable. Among the more common eccentricities of law have been emphases on class, caste, race, or status, whereby the law becomes an instrument for inequality. A related eccentricity is the emphasis on equality, so that law and justice are separate from justice as restitution and made the instruments of a drastic levelling of men, circumstances, and institutions. Eccentric law loses its orientation towards righteousness or justice and becomes governed by social standards, mores, and pressures. Law then becomes the product of pressure politics, not of a principle of justice.

But restitution cannot flourish on the social and civil scene if it is weak or absent on the theological level. Where the legal aspect of Christ’s atonement as His work of satisfaction or restitution for the sins of His people is weakened or denied, there too all of the foundations of law are affected. The cross of Christ sets forth restitution as the essence or nature of God’s law. It makes it clear that there is no reconciliation between God and man apart from Christ’s satisfaction for our sins and the imputation of His work to us. The heart of the gospel is this legal fact of the atonement. Regeneration and conversion, basic as they are, still rest on Christ’s work of atonement. Justification by faith in and through Christ’s work of satisfaction is the foundation of our standing before God.

The cross requires us to see the centrality of restitution in our standing before God and in our world of law and human affairs. If we do not require restitution of ourselves and all men, God will require it of us.