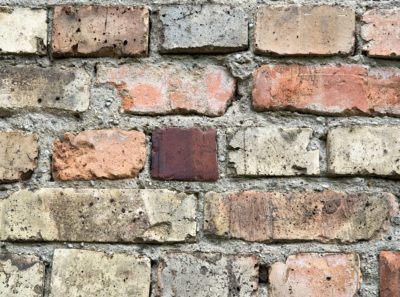 No man can be saved by his works; his salvation is the work of God, not man. This is a fundamental doctrine of the Christian faith, affirmed on all sides and dishonored widely. Our Lord, citing Isaiah 29:13, declares, “Ye hypocrites, well did Esaias prophesy of you, saying, This people draweth nigh unto me with their mouth, and honoureth me with their lips; but their heart is far from me. But in vain do they worship me, teaching for doctrines the commandments of men” (Matt. 15:7–9).

To believe that salvation is by grace and not by works means that all of man’s works outside of Christ are futile to commend him to God and to effect his salvation.

Now, Augustine made it clear that for a state or civil government to be built on any other foundation than the Lord and His Word is to build nothing more than a band of robbers. “Except the Lord build the house, they labour in vain that build it: except the Lord keep the city, the watchman waketh but in vain” (Ps. 127:1). How, then, can we imagine that any law, school, church, state, or any other thing can be a good thing or a good work when it is outside of Christ and has no place for Him? How can we imagine that a state or school which neglects or despises the basic fact of all being, our Lord and His sovereignty, can be anything but an abomination to Him?

Today, however, we have indignant churchmen waging war against pastors and Christians who work for Christian schools; these people defend the godless state schools and seek to drive away from the church all who criticize them. To defend statist education is to defend a humanistic plan of salvation which seeks to save the world by man’s educational work.

The same is true of the state. The modern humanistic state offers a cradle-to-grave plan of salvation. It is at war with Christ the Lord and denies His plan of redemption for its own. The state issues its own decrees of predestination, election, and salvation. Today, the Internal Revenue Service is seeking to break all who will not conform to “public policy,” i.e., to the statist plan of salvation. Its doctrine of sanctification means compliance with the state and its doctrines of social justice. To be a Christian today requires that we stand against the great false doctrine of works of our time, salvation by the works of the humanistic state.

The Bible does not give us museum piece doctrines. When it condemns unregenerate man’s works, it condemns not merely the Pharisees but the statist educators, the humanistic statists, the Republicans, Democrats, Socialists, Communists, and others, the male and female “chauvinists” and all others who see a hope of salvation outside of the Lord and His law-word.

By its own do-nothing, antinomian ways, the church today approves the works of humanistic educators and statists. The Bible did not merely condemn theological formulations of salvation by works; it declares false every effort by man to save himself by his own works. The Judaizers of Paul’s day were wrong; so too are all organized bands of thieves who call themselves a civil government, and so too are all their schools.

Paul declares, “For by grace are ye saved through faith; and that not of yourselves: it is the gift of God: Not of works, lest any man should boast” (Eph. 2:8–9). “Cease ye from man, whose breath is in his nostrils: for wherein is he to be accounted of?” (Isa. 2:22). Salvation is the work of God, not man.