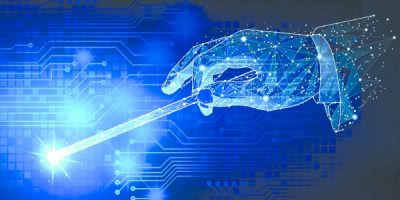 One of the persistent aspects of human history has been the recourse to magic and to science. Both have their power over man because both are concerned with power over men and things, and both deal with an impersonal and amoral world.

Biblical faith begins with the totally personal God. It holds that we are personally accountable to Him and that a moral accounting and judgment are required of all men.

Science and magic, on the other hand, see the world as one of impersonal powers which must be harnessed, and morality, if admitted at all, is peripheral if not nonexistent. The goal is to control things and peoples, and power is always in view and among the various motives. Not surprisingly, earlier in this century some radicals saw the dynamo as the most fitting symbol of science and of Marxism. As a result, science has done much to revive the ancient tyrannies of magic and occultism because science, without Christian faith and restraints, is amoral and can be dangerous.

As against this quest for power, Christianity stresses redemption and submission to God, and, in Him, service to God and man. It means not only our spiritual regeneration but also practical changes in our day-by-day living. In 1968, when Eugene A. Nida wrote Religion Across Culture, he cited a response in West Africa to the question, “Are you a Christian?” One response was, “No, I don’t boil water” (p. 19). However superficial a description of a Christian, it was still a revealing one. A Christian protected his family and guests by boiling otherwise germ-laden water. His faith made a difference.

The Christian exercises responsible dominion, something very different from amoral power because it means bringing everything into captivity to Christ as King. Instead of being amoral or antimoral, dominion means living life in terms of God’s law, in terms of the enscriptured word of righteousness or justice, the Bible. Dominion means the rule of justice and morality rather than power.

Science should serve God’s purposes, but it has chosen to eliminate the “God-concept” from its thinking while using the fact of God’s order, a presupposition, in order to think and experiment.

Science as we see it today depersonalizes the world and man. It studies man in impersonal terms and categories. Now, such an approach, i.e., depersonalization, or impersonalization, eliminates morality from consideration because morality has to do with acts and relationships between persons. With a humanistic scientific approach, an objective morality disappears because the criteria of judgment are all impersonal. The world and man are thus dehumanized. God is replaced with natural forces.

If there is no objective moral law, if God is not our King and Lord, then crime loses its immoral character and becomes simply a violation of a state law or regulation. What we do see is an increasing rise of crime together with a lessening of its seriousness. Without a return to Christian faith, crime will grow in its scope, and there will a lower view of its seriousness. We tolerate much today that sixty and seventy years were viewed with horror.

Henry James Sr. (1811–1882), father of the novelist Henry James and William James, psychologist and philosopher, saw freedom as liberation from the confining text of the Bible. Adam’s “fall” was upward, and Eve “had a regenerative influence upon Adam, starting him on the path to true manhood” (Dwight W. Hoover, Henry James Sr., and the Religion of Community [1969], pp. 58–59). For James, “evil was harmless.” Today, however, men fear the evil that surrounds them and increasingly commands our civilization. But science does not enable us to cope with sin and evil because it cannot identify them correctly as a revolt against God and His calling and law. Moreover, criminals have the same goal as our other humanists, power, and, like our scientists, they deny God’s moral law.

As long as man’s goal is power, he will create a criminal culture. Only through Jesus Christ can our personal and societal goals be reordered by God’s moral law. And the only way men gain that purpose is through Christ’s saving power.