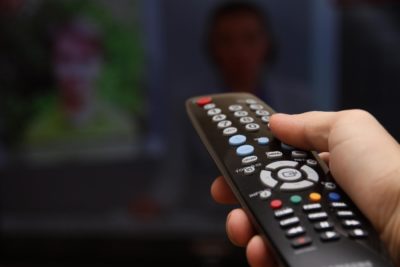 One of the things most of us can agree on is that television is full of programming which is aesthetically and morally on a very low level. The usual targets of the critics of television is the strong emphasis on sex and violence. (One can add to that the increasing vulgarity of television, so that it is painful to watch even momentarily so cheap and degrading a view of man.)

But are the critics right? Is "cleaning up" what television needs? Will we have better television if we eliminate the offensive sex and violence, the profanity, and the vulgarity, or will it not in fact be worse?

Our Lord issued a warning against a false and empty cleansing. To expel one demon without remaking the man means to lay him wide open to seven worse demons (Matt. 12:43-45). Such a false reform leads to turning men into "whited sepulchers" which are the epitome of uncleanness (Matt. 23:27).

If all we do is to "clean up" television and the films, will we not be creating whited sepulchers? This is in fact what will result. We will give a facade to humanism to make it resemble Christian morality. Most television programming and film productions as well give us the "gospel" of humanism. Do we want to put a Christian face on that? Humanism with a facade of Christian morality will be the greatest deception and evil imaginable. Apparently this is what such churchmen want? What we need instead is programming which reveals a Christian world and life view. This means a work of affirmation and reconstruction, an entrance into the arts, not a retreat from them. The image of the Christian as critic is a false one. The true Christian is a builder and a re-creator in Christ our Lord; the Christian's calling is to bring every area of life and thought under the reign of Christ the King.

Should we "clean up" television? Rather, should we not make it our own? Should we not move into it and make it a Christian domain?