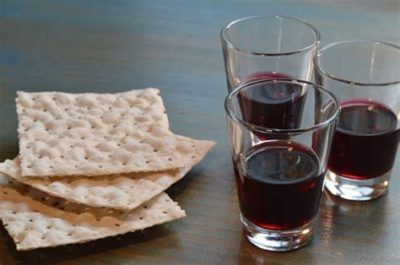 This is a sentence that needs particular attention, because it tells us that the celebration of the Lord’s Supper has a meaning to the end of time. It is witness to His atonement, and to His victory over sin and death. It is a rite which tells men and nations that the Lord who conquered sin and death rules all history. He has made us His people and heirs together with Him of His eternal Kingdom.

What Paul had received of the Lord is recorded in the preceding verses. Here and in what follows we have his own inferences from the account which the Lord had given him. The first of those inferences is, that the Lord’s supper is, and was designed to be, a proclamation of the death of Christ to continue until his second advent. Those who come to it therefore, should come, not to satisfy hunger, nor for the gratification of social feelings, but for the definite purpose of bearing their testimony to the great fact of redemption, and to contribute their portion of influ­ence to the preservation and propagation of the knowledge of that fact. For in­dicates the connection with what precedes. “It is a commemoration of his death, for it is in its very nature a proclamation of that great fact.” And it was not a tem­porary institution, but one designed to continue until the consummation. As the Passover was a perpetual commemoration of the deliverance out of Egypt, and a prediction of the coming and death of the Lamb of God, who was to bear the sins of the world; so the Lord’s supper is at once the commemoration of the death of Christ and a pledge of his coming the second time without sin unto salvation.1

The words, “ye do show,” imply an action on our part, and also a pub­lic confession. By partaking of the elements, we confess ourselves to be Christ’s people and possession, and that we are members of a Kingdom which shall encompass all peoples in its victory.

The victory is over sin and death. It is the triumph of the new human race being recreated in Jesus Christ, who shall subdue to Himself all prin­cipalities and powers, all rule and authority, and then, at the end of time, shall destroy death itself (1 Cor. 15:24–27; Eph. 1:17–23).

According to F. W. Grosheide:

Our presence at the table is an expression of faith and a belief in victory.

It is sad that too many churchmen know less about the meaning of their faith than do the enemies of Christianity. Our enemies often have an inspired awareness which is evil and even demonic. For example, Al­bert Camus, in The Rebel, declared, “Since God claims all that is good in man, it is necessary to deride what is good and choose what is evil.”3 He also held, “I rebel (I) therefore we exist.”4 Camus stated openly that which is the spirit of this age, and of fallen men generally.

The Lord’s Table has been understood and parodied by His enemies over the centuries in what is called the Black Mass, or the Satanic Mass. Much has been written on the subject, and much reported which is not repeatable. An extensive investigation occurred under Louis XIV, which was suspended when it became apparent that his mistress Francoise-Athenais, Marquise de Montespan, was deeply involved. Other investiga­tions have uncovered similar data. The Black Mass is an obscene parody; homosexuals are often deeply engaged therein. At every point, the mean­ing of the Lord’s Table is exactly reversed. Some aspects of this are, first, the performance of illicit and perverse sexual acts; second, at times hu­man sacrifice has marked the Black Mass; third, instead of celebrating Christ’s triumph over sin and death, our empowerment to righteousness, or justice, and our inheritance of eternal life, the Black Mass exalts sin and death. Very tellingly, it enacts Solomon’s description of the enemies of God. Wisdom declares, “But he that sinneth against me wrongeth his own soul: all they that hate me love death” (Prov. 8:36). A culture which is humanistic and anti-Christian will see, not only the widespread obser­vance of the Black Mass, but a cultural will to death. We today are sur­rounded by a suicidal generation, men and nations powerfully motivated to courses of action which manifest a death wish.

The world outside the realm of this table is given to self-will. Its mot­to, often used in the Black Mass, is an ancient one: “Do what thou wilt is the highest law,” or, some would say, the only law.

It comes down to a matter of Christ, His victory over sin and death, His law, His righteousness and eternal life, as against self-will and death.

By being present in faithfulness at this table, we witness to our faith that Christ’s Kingdom shall prevail. We commit ourselves to His service, and to the support of those men and missions which advance His rule. We thereby “show the Lord’s death till he come.”

Eating and drinking of these elements is thus ordained to be an impe­tus to faithfulness and to action, to service and to obedience. Our Lord’s words, immediately preceding Paul’s statement, declare, “this do ye . . . in remembrance of me.”

According to Godet, our Lord’s words, and then St. Paul’s, imply and require action. “For the meaning of the action is to shew His death.”5 To show His death is to proclaim the coming death of death, the triumph of His Kingdom, and the great certainty proclaimed in Revelation 11:15: