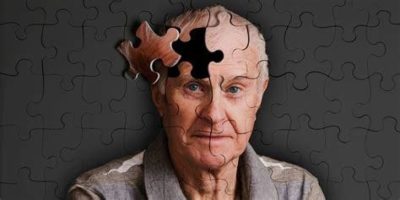 It was, I believe, Pitirim Sorokin who years ago warned people of the growing social amnesia, the loss of the past, and the growing ignorance of the foundations of our civilization. I was reminded of this recently as I listened to the comments in the media by black and white leaders with respect to the rioting and looting that erupted first in Los Angeles over the Rodney King case.

The problem of social amnesia is compounded by the deliberate amnesia of much of the media. Consider, for example, the facts that Llewellyn H. Rockwell Jr. called attention to in his “Opposing View” in the April 23, 1992 edition of USA Today: Rodney G. King, with a criminal record, raced through residential areas at 115 mph. When finally stopped, Rockwell reported, “the muscular, 250-pound perpetrator danced maniacally, made sexual advances toward a policewoman and refused to do as he was told. The police had good reason to think King was on PCP, even though he was simply an alcohol consumer of historic proportions. Did he have a gun? He wouldn’t let himself be frisked. The cops tried to subdue him with an electric stunner, but he was unaffected, something cops rarely see.” These facts and more were available to Governor Pete Wilson and President George Bush, as well as to all the media and to politicians. Virtually all chose to make “politically correct” statements and to disregard the very clear evidence presented at the trial. This is deliberate amnesia, and it is very prevalent.

Deliberate amnesia leads to social amnesia on a massive scale. People have no real past, because it has been supplanted by fiction. Consider, for example, this statement by Lawrence M. Mead, in The New Politics of Poverty (1992), that in the depression of the 1930s, there was no problem among blacks because they were ready to work, and they were ready to take lowest wages (pp. 32–33). Today, most immigrants get work on their first day in the United States (p. 91ff.). In the 1930s, there was discrimination against the blacks that no longer exists, but there was also a different character. Our history is being rewritten.

Social amnesia is a loss of the past. Amnesia is a loss of memory: it reduces a man to a mindless state because he remembers nothing and does not know who he is. This is what is happening to mankind today, especially to Western man.

Drunkenness has a somewhat similar effect, except that it cuts off a man from the present and leaves him disoriented. People today, by their false thinking, have cut themselves off from the past and the present — and therefore from the future.

Social amnesia and drunkenness in a social order produce mindless thinking. In a May 1992 Letter to Pro-Lifers, Phyllis Schlafly quoted a woman leader in a Republican proabortion group who argued thus: “What about natural rock formations that look like people? Just because something is formed in that shape (i.e., a fetus, an unborn child) does not necessarily mean that that’s what it is.” In this statement, the amnesia means a loss of logic and common sense, a very common failing today.

Most people living today were born after 1950; the overwhelming majority was born after 1940. More people are alive today than have lived and died since Adam’s day. More people have, by a falsified education and media, been cut off from their past: they have a social amnesia. Think of yourself as suddenly having no memory, no known past, nameless, and surrounded by people who are in the same condition. This is where we are historically.

Worse yet, the churches have helped get us there because they have forgotten their faith and their origins. It is ironic that theonomy is regarded as novelty by the churches when it was once normative, the faith of virtually all and regarded as basic to the historic faith.

The church’s roots are a historic revelation that goes back to the beginnings of man and history. For the church to neglect the faith, law, and history that Scripture is, means to deny its Lord and itself. The amount of instruction in the Bible (as against about the Bible) is very low in most seminaries. (I recall one student who boasted that he had gotten an A in his Old Testament course without ever reading the Old Testament: he read all the required textbooks and took careful notes of the professor’s lectures.) The church may sing the hymn, “Faith of Our Fathers, Living Still,” but in too many cases it knows neither the faith nor the fathers.

To cut ourselves off from the past is to destroy our present and our future. It turns us into barbarians. Studies of various so-called primitive peoples have shown that they are not interested in “abstract” thinking; they have no desire for any knowledge that serves no immediate and pragmatic purpose. Their intellectual aptitudes may be high, but their interests, beyond curiosity, are present-oriented. They will not apply their minds to anything other than immediate and practical concerns.

Our modern world is more given to entertainment and fiction than any previous era. Books, magazines, radio, movies, and television feed this will to fiction, and there has been a steady increase in the amount of sensations and shocks needed to satisfy the public’s appetite. As a result, people have not only lost their past, but they have surrendered the present to the existential moment.

Christians must, through church and school, reestablish a sense of history, and the Bible is the key book to all history. Christians must see their calling as one of “redeeming the time” (Eph. 5:16; Col. 4:5). Samuel Johnson said that many people were bubble chasers and “an assembly of beings counterfeiting a happiness they do not feel.” The expression, “redeeming the time” means literally buying for yourselves the season, time, or opportunity: it is a mandate for Christian Reconstruction. It means that we pay a price of work and self-sacrifice to redeem our time or season of history. If we have social amnesia, we lose the time and our own souls. If we redeem the time, we are blessed by God, and we leave a godly heritage to our children’s children. We must redeem the time!

Book
Foundations of Social Order: Studies in the Creeds and Councils of the Early Church
Book
Biblical Philosophy of History, The
Book
Biblical Faith and American History
External Link