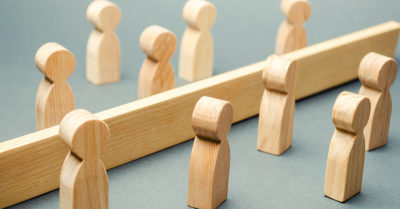 In a very interesting article in the September 1955 Encounter, Hugh Seton-Watson, writing on “The Russian Intellectuals” of the prerevolutionary era, pointed out that these men adopted Western humanistic and secular ideas wholesale. One might add that they adopted them more intensely and faithfully than did Western humanists at times. As a result, “The notion of law had little meaning for them. They could not conceive that the principle of the rule of law could be important.” Their idea was “the reign of virtue on earth,” and this reign meant the triumph of the intellectual and his ideas.

In the West, the façade of the rule of law was maintained, but a new content was given to it. In Biblical thought, law is the expression of the nature, holiness, and mind of God. God’s law is repeatedly prefaced by the declaration: “I am the Lord,” because God’s law is an expression of the being of God and sets forth His ultimacy and lordship.

The same principle is true of humanistic law. The mind of the intellectual is seen as ultimate. Autonomous man and his reason constitute the final judge and standard of all things. As a result, the intellectual, whether Russian, Asiatic, African, or Western, sees his thinking as basic to the idea of law. Law is what humanistic man determines it when he thinks in purely autonomous terms, without reference to God. For the Russian, this has meant direct rule and power; for the Western intellectual, it means the façade of legal tradition. In either case, law is what the autonomous mind of intellectual man says it is. As a result, the modern intellectual has applied his faith to the world as a new revelation of law with all the fervor of a god who knows he is right. It was for this reason that Otto J. Scott titled his book Robespierre: The Voice of Virtue (1974). Not only Robespierre, but all the revolutionaries saw and see themselves as virtue incarnate, and their enemies as demonic. Marx was insistent in his early writings that the imagery of hell and the demonic be retained and applied to the enemies of socialism. Such thinking is logical: if the elite intellectual is the new god, then his opponent is the new model of the devil. As Scott points out, the Jacobin edict which called for the confiscation of churches and church properties and the destruction of all Christian objects and symbols began, “All is permitted those who act in the Revolutionary direction.”

The new gods ruled divine justice, God’s law, out of court. Henceforth, a new doctrine of justice came into being from the new gods of creation, social justice. This was social in that it was the voice and justice of man and society as incarnated in the humanistic elite, the intellectuals.

This doctrine of social justice became a declaration of war against God, the church, the family, humanity, capitalism, and much more. Efforts to counteract it have been miserable failures. How can capitalists fight a humanistic concept of justice which means injustice to them and which robs them, when they themselves are humanistic and have no regard for God’s law? They lack all moral, religious, and intellectual bases for any intelligent counteraction. The church is in even worse straits: it tries hard to prove that it is the best champion of social justice. It cannot challenge the humanism of that doctrine, because its own faith is humanistic. Man and man’s salvation and welfare take priority in the churches, whether modernist, Reformed, or fundamentalist, Catholic or Protestant, over God and His glory. When the prophet Amos speaks of justice, it is God’s justice, not social justice. His law comes from God, not man, and his grief and anger are due to man’s contempt for God’s law and justice.

Social justice reduces a large segment of humanity to a less than human status in the name of justice. For Scripture, men, however sinful, are God’s creation and their need is regeneration. For Robespierre, the critics are less than man, and Robespierre demanded their purge. Purge was then a medical term, Otto J. Scott has pointed out, “meaning the forced expulsion of feces.” Since Robespierre, the word has become political: it now means the forced expulsion and usually destruction of human beings as wastes. Thus, the enemies of humanism are not men: they are feces.

There were divisions in humanity in the days of kings and commoners, deep and important ones. In economic terms, men are closer together now, because of the Industrial Revolution. The gaps between rich and poor in Western society are the narrowest in history, as far as economics is concerned.

The cleavage between men, however, is greater than ever before in every other way. The conflict of interests idea is basic to modern society, and the goal of politics is to purge society in the name of social justice. The doctrine of social justice has thus become a mighty instrument for the degradation of man.