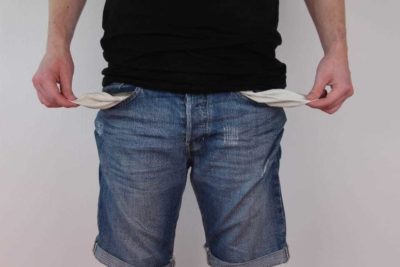 We live in an age of confiscation. Thieves indeed take much from their victims, but thieves are a small factor when compared to the modern state. Taxes have become more and more confiscatory, but that is not all. Under the pretext of enforcing drug laws, money, properties, and homes are routinely seized, and never returned, from innocent people. Politicians by a variety of laws steal jobs from the people, and they have made almost each and every modern state the people’s most dangerous enemy. Whether in the name of Marxism, the environment, equality, drug control, or anything else, the goal is the same: confiscation.

Modern man has looked to the state as its god and savior, and the state has relished that role. It has acted as god walking on earth, and it does not take kindly to those who question its role. Its power grows daily, and, like a juggernaut, it crushes all before it. The modern state trusts only itself. It does not believe that parents are capable of being good to their children, nor farmers good for their land, nor anyone in any sphere capable of self-government.

Surprisingly, an earlier humanist, however idealistic, saw the fallacy of trusting in the state. Friedrich Schiller wrote: “ . . . the state as con­ceived in the idea, instead of being able to establish this more perfect humanity, ought to be based upon it” (Friedrich Schiller, Aesthetical and Philosophical Essays, vol. 1, p. 25). In other words, there cannot be a good state based on people who are not good!

Now, Schiller did not plan to reach his goal on Biblical grounds. Christians know that man is a fallen and depraved creature. As the old proverb has it, “You can’t make a good omelette with rotten eggs.” But this is exactly the premise of modern statism. Criminal gangs of youths wage war in our streets; depravity is becoming part of the street scene, and yet people continue to trust in caesar, even as the modern state de­vours its own children.

“Where there is no vision [no belief in God’s revelation], the people perish [or, run wild, or naked]” (Prov. 29:18). There can be no change in the devouring state until the people are again ruled by God and His law-word. There is no true faith where there is no obedience to the Lord.

Schiller, like the modern educators, believed in the “plastic nature of man” (p. 184). This faith holds that education will change man, make him a good citizen, and provide the basis for a new world order. This statist education has, however, sought to model children into post-Chris­tian humanity. The result, instead of a new person, is the old barbarian.

The goal of humanism, especially since Hegel, has been to incarnate the absolute into history in the form of the state. Against this new god, the state, there is no higher law to appeal to, because the state is the in­carnation of the spirit of nature in history. This means that, ugly as the confiscations of our time are, even uglier is the theology of the state.

The state has supplanted the church as the necessary institution. It has in effect ruled that Christianity is simply a personal option, not the witness to the cosmic Christ and His absolute rule over all things. The state as the necessary institution is a jealous god: it tolerates no rival allegiances and no area of freedom from the state. The state is in every sphere the first and last authority, and the state’s government provides the authoritative word and law.

More than man’s self-government, his family, his property, and his income are at stake, and more than his freedom. The very definition of man is at stake. The Westminster Shorter Catechism (Q. 10) summarizes the Biblical definition of man thus:

Q. How did God create man?

The modern world has redefined man as a higher animal, and the state regards man as something to be controlled together with everything else in the world environment. God’s law gives man the freedom of His justice, but the modern state seeks to be scientific and planning in its ac­tions. In a scientific experiment or society, there can be no free agents, only differing controls. As a school teacher told me in the early 1960s, “In the modern world, freedom is obsolete.” How, with freedom, can a scientific social order exist?

More than our persons, possessions, and freedom are thus confiscated. Our right to be God’s free people is denied, and the redefinition of life and history excludes God. He is barred from our schools, and from the state.

Even worse, He is most of all barred from most churches by their mod­ernism and their antinomianism. Others, by their eschatology, limit God and Christ to taking us out of this world.

This age of confiscation has its roots in false faith, in bad theology. We cannot end this evil without restoring the full priority of God’s law-word. Too often, the root of our problems looks back at us in the mirror.

Too often, we retreat from our problems as too great for individuals or groups to handle. The fact remains that all the solutions we see are the works of men of faith who saw the problem and looked to the power of God.

“Except the Lord build the house, they labour in vain that build it” (Ps. 127:1). Scripture tells us that the vain or useless efforts of our time are those done on alien premises, however earnest they may be. That which endures represents the work of men who see the power of the con­fiscatory state as nothing before the power of God.

Remember, God will confiscate all useless churches and peoples. He has been at this longer than the modern state.