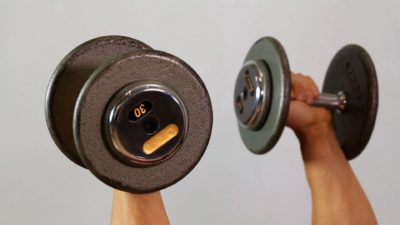 As I write this, I’m preparing to fly to New York to attend a two-day conference entitled “Examining the Real Agenda of the Religious Far Right,” cosponsored by the New York Open Center and the CUNY Graduate Center. You can sense the milieu from some of the conference Media Supporters: People for the American Way, Americans United for Separation of Church and State, and (no big surprise) the National Council of Churches. The list of speaker bios tends to confirm one’s suspicions: they’re peppered with titles like Toward a New Political Humanism, Right-Wing Populism in America: Too Close for Comfort, and Eternal Hostility: The Struggle Between Theocracy and Democracy, not to mention invidious labels like “religious extremists,” “ultra-right,” etc. The occasional irony protrudes as well. One speaker is currently writing on “the culture of fear,” while speaking at a conference that itself inculcates fear: fear of Christians being effective.

From a humanistic perspective, I can understand their concern. There’s a perfectly good reason to fear someone who fears God. Someone who fears God places his ultimate loyalty in something outside the system that humanists control. Control is never willingly relinquished by humanists, as the acrimony over homeschooling illustrates. The antithesis is pointedly revealed in the movie Chariots of Fire, when British royalty confronts Eric Liddell about his unpatriotic refusal to race on a Sunday. “In my day it was King first, God second,” mutters one antagonist, to which Liddell answers, “God made kings.” As Edward Powell observed in reference to humanism and Christianity, differing juridical principles drive each side: they therefore indict each other for apostasy. I expect to witness confirmation of Powell’s prediction.

If the humanists really want to strike a blow for their side, they need to use the tactics of Balaam, who knew exactly how to drive a wedge between God and His people: cast an enticing stumbling-block in just the right place. Encourage Christians to seek political power, while subtly inculcating in them a reliance on “Egypt.” Slowly draw them into a position where they’ll unknowingly trigger Jeremiah 17:5: “Thus saith the LORD; Cursed be the man that trusteth in man, and maketh flesh his arm.” Entice them to drift away from the commandment laid down in Isaiah 2:22: “Cease ye from man, whose breath is in his nostrils: for wherein is he to be accounted of?”

Balaam was far wiser than today’s humanists: he at least acknowledged the Mighty One ruling in the heavens and factored that into his strategy against God’s people. Humanists today conceive of all forces coming into play on the same plane (which would make Christians just one of many special interest groups and little more). Humanists, then, will run afoul of the God they fail to acknowledge in their prognostications. That is, if we Christians don’t run afoul of Him first by drifting into a forbidden reliance on political means.

Whether humanists want to acknowledge it or not, the government is on His shoulders (Isa. 9:6). They are fighting against God, but He will still refuse to bless His people’s efforts in the political sphere unless they consistently uphold His preeminence in all things and spurn the arm of flesh. As Christians, we must consciously live out the truth of Psalm 75:6: “For promotion cometh neither from the east, nor from the west, nor from the south.” Humanism disagrees with the psalmist’s verdict — in fact, it’s betting its life on its falsity, since the psalm concludes with a promise that the horn of the wicked shall be cut off.

That someone’s horn ought to be clipped, and soon, is the burden of this conference. With talks bearing titles like “Is an Unholy American Theocracy Here or Has Jim Jones Gone Mainstream?” (see the speaker’s website, www.YuricaReport.com), such alarmist fare will implicitly justify the sentiment to rein in, muzzle, defang, and otherwise disenfranchise such “dangerous extremists.”

Politically, Christians must aspire to the ideal set forth in 2 Samuel 23:3: “The God of Israel said, the Rock of Israel spake to me, He that ruleth over men must be just, ruling in the fear of God.” In working toward this, how do we avoid reliance on the arm of flesh, which would make us no better off than Samson with a crew cut? R.J. Rushdoony boiled it down to three simple words: “Regeneration, not revolution.” This was Rush’s powerful paraphrase of St. Paul’s strategy in 2 Corinthians 10:4–5, wherein we’re given a choice between weapons that are carnal, and spiritual weapons that are, in actual fact, mighty. The strongholds we face will not be torn down with carnal weapons — with political tactics and manipulation. If we adopt such weapons as the conference speakers bemoan are in our hands, we’ll have chosen peashooters and spitwads over the spiritual bazookas God has provided. We’ll have made flesh our arm, and praising Him with our lips won’t alter how far our hearts will have departed from Him.