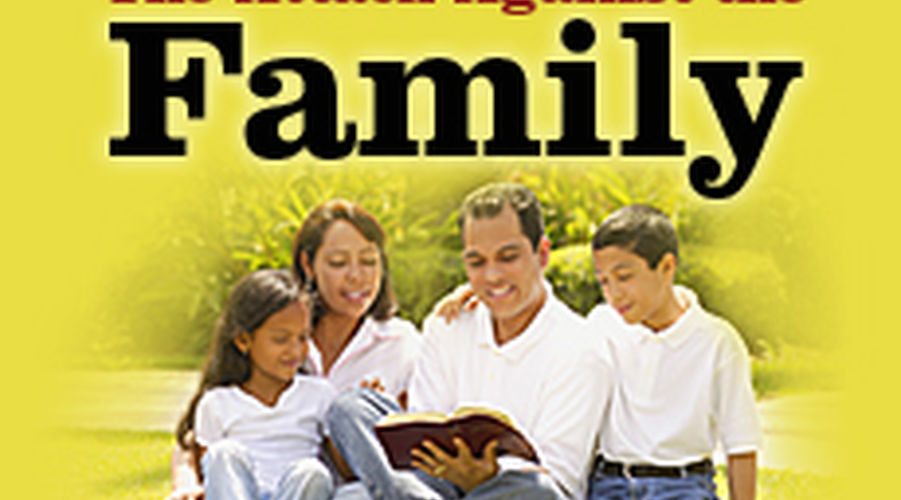 Earlier this year (1981), I was a witness in the trial of some fathers for having their children in a Christian School which refused to submit to state controls. Some of the fathers were prominent citizens of that county. The charges against them were criminal charges. The state's attorney general granted immunity to their wives, who were then compelled to take the stand and testify against their husbands or face contempt of court charges.

As a result of these laws, very early, despite abuses, justice reached a remarkably high level in Israel. Torture had no place in the law, and the burden of proof was placed on witnesses and the court. This Biblical principle had difficulty establishing itself in barbarian Europe. Legal processes were much simpler, given the "right" to use spousal testimony, or the "right" to torture. Historians for many years treated all victims of such legal procedures as necessarily innocent. Now, some scholars are finding that the evidences indicate a high rate of guilt. Then as now, a high percentage of those arrested were guilty men; because conviction was held to be desirable, ungodly and evil means were used to secure it, i.e., torture, enforced confessions, and spousal testimony.

The Fifth Amendment, and the legal bars against spousal testimony, represent one of the slowest yet most important victories in legal history. That victory is now being compromised, and the door opened to legal terrorism.

Many Americans were delighted, a few years ago, when members of criminal syndicates were brought before congressional committees, granted immunity, and ordered to testify. To have testified meant death for these men from their cohorts; to refuse to testify meant jail for contempt of court. A clever ploy, that, most Americans thought, failing to realize that the same tactics could be used against them. Moreover, few realized that the horrors of Tudor and Stuart England, and such instruments of tyranny as the Star Chamber proceedings, now have their revival in the arbitrary powers of congressional committees and bureaucratic agencies. Congress and the bureaucracy are the old tyrant writ large.

Moreover, at the same time, several states are relaxing the laws against spousal testimony. The stage is set for the kind of tyranny which prevails in the Soviet Union. It is dangerous there for a husband and wife to know too much about each other: it can be forced out of them. As a result, there is little exchange of confidence, in many cases, and yet, even with that, coerced false testimonies.

Even worse, some very foolish churchmen refuse to see that a problem exists. Legal convictions are more important to them than the doctrine of Christian marriage, and the moral value of freedom. It is important to remember that the goal of the law is not conviction but justice, and, in Biblical law, justice is not only a matter of righteousness in life and society but also in all procedures of law. God's law specifies the laws of evidence, hearings, and more, because justice is basic to every step of the conduct of the agencies of law, in church and state alike.

Moreover, to endanger the family is to endanger the basic institution of society according to Biblical law. The family is under attack. First, as we have seen, the unity of the twain as one flesh is being attacked by the weakening of the laws against spousal testimony. Such a step reduces marriage to a matter of sexual and economic convenience rather than the basic God-ordained unit of society. It is an anarchistic and atomistic step.

Second, abortion legalizes murder in the life of the family at the option of the mother, so that the cradle of life becomes a place of death. God gives to the family all the basic powers in society (control of children, property, inheritance, welfare, and education) save one, the death penalty. This is the reason why Cain was not executed for murder; all those then living were his immediate family. Ancient paganism, as in Rome, gave the father the power to destroy his own children. Our modern paganism, humanism, is even worse: it gives this power to the mother, so thal the very womb or matrix of life becomes also the place of murder. (Will the children of mothers who aborted a brother or sister as readily espouse euthanasia for their parents in the days ahead?) Abortion goes hand in hand with a contempt for the Biblical doctrine of the family. As Kent Kelly (Abortion, The American Holocaust, 1981, Calvary Press) points out, abortion has taken more lives than all the wars in our history, which, from 1775 to 1975, took 1,205,291 lives, whereas deaths by abortion are c. 8,000,000.

Third, the family is under attack because its Biblical legal powers are being replaced by statist powers over the family. The Biblical family is the basic law order, so that it is more than a sexual arrangement. If the family is not more than a sexual arrangement, then any and all sexual arrangements can claim equivalent privileges, as they are now doing. The Bible, however, sees the union of man and woman as the basic law order and the fundamental unit of society. Marriage creates a new unit: the twain become one flesh. As such, they have powers and responsibilities possessed by no other element of society. The family is the matrix of the future, and as a result God entrusts the control of the future to the family, not to the church, nor to the state. Both church and state have a duty to protect the family, not to control it. Biblical law, by giving control over children, property, inheritance, welfare, and education to the family ensures that it will be the matrix of the future.

Because the state is given the power of the death penalty, it is the most dangerous agency of all for man to entrust any planning to; the state plans by means of coercion, so that its planning for the future inescapably involves repressive legislation, taxation, controls, regulations, and, sooner or later, the death penalty. For the state to be made the agency for planning and future development is a form of social suicide: the hangman has one solution to social problems, and it is a swinging one. Without agreeing with all that he meant by it, we can echo Martin Luther's comment that the prince or the state is God's hangman. To make the hangman our caretaker and planner is the height of stupidity, but it is also a folly that modern man is very much addicted to.

Fourth, the family as the basic unit is being replaced in some circles by the atomistic individual. The rise of this social atomism has preceded much of what we are describing.The Playboy philosophy and mentality is an example of this atomism. The ultimate arbiter of all things becomes the atomistic and anarchistic individual. Early in the 1970s, Dorothy and I met a young woman in her mid-twenties; her's was a remarkable and startling beauty, and her two little daughters shared her beauty. Her husband had left her; he said frankly that he had no complaints: she was "tops" in every department, but he was "bored" with living with one woman and supporting a household. He wanted freedom to use his money as he saw fit, and to do as he pleased without a "guilt-trip." Such moral anarchism is widespread and increasingly vocal. It is simply original sin, the desire of man to be his own god and law, determining for himself what constitutes good and evil. (Gen. 3:5).

Such moral anarchists talk much about the separation of church and state. For them it means freedom from religion, and the enforced silence of Christians on all matters of law and morality. (See Frank Brady on the Playboy position in Hefner, p. 219f, 1974.) Such people want to abolish religious freedom in favor of religious toleration. Toleration was the position of ancient Rome: a religion was tolerated if it submitted to licensure, regulation, taxation, controls, and certification, and, with all this, was silent where Rome wanted religion to be silent.

It was apparent, after the November, 1980, U.S. election, that great segments of the press and U.S. federal government want to abolish religious freedom in favor of religious toleration. This is clearly the policy of the U.S. Internal Revenue Service (and not even as outwardly tolerant as the Turkey of the murderous Sultans).

No small contributing factor to the rise of this atomism has been the rise of pietism in the modern era. Christianity was reduced to the experience of the individual soul. Now certainly the conversion of the individual is the starting point, but it is the starting point, not the sum total, of Christian faith and life. To so limit Christianity, as pietism has done, is comparable to limiting all literature to the alphabet and abolishing all poetry, history, law, and more, in the name of the purity of the alphabet.

We began with a court-case, and the compelling of spousal testimony. People who fail to see the far-reaching implications of that case have retreated from the world-encompassing scope of our Lord's word, power, and government to a small-scale god and religion. They may love their family, but they fail to see its meaning under God.

This is the key: all things must be viewed, not from the perspective of the state, nor the individual, but in terms of God and His law-word. "For with thee is the fountain of life: in thy light shall we see light" (Ps. 36:9). This is as true of the family as all things else.

The modern age is given to absurd humanistic platitudes to justify its moral idiocy. Isadora Duncan, for example, once said, very self-righteously, "Nudity is truth... Therefore, it can never be vulgar; it can never be immoral." This she said in Boston, from the stage of Symphony Hall, whereupon she tore her tunic down and bared one of her breasts. What her sententious spoutings failed to say was that people can be vulgar, and people can be immoral, and Isadora Duncan was both vulgar and immoral.

The world is full of such nonsense in all quarters. Cotton Mather, who should have known better, wrote, in Manuductio ad Ministeium (1726), "My Son, I advise you to consider yourself as a Dying Person... I move you, I press you, To remember how short your time is..." What he should have said was, Remember, you are a living person under God, accountable for all your talents and days. If you are faithful and responsible in life, you have nothing to fear from death. The best preparation for death is life, and the God-ordained matrix and locale for life is the family. Therefore, rejoice in the wife of thy youth (Prov. 5:15-21); praise God our Savior, and serve Him in all things with all your heart, mind, and being.

(Taken from Roots of Reconstruction, p. 111; Chalcedon Position Paper No. 23)