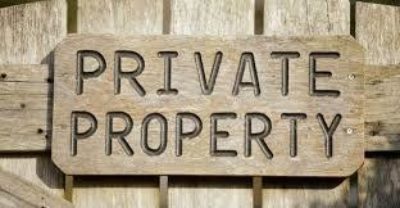 (Reprinted from Bread Upon the Waters: Columns from The California Farmer [Fairfax, VA: Thoburn Press, 1974], 27–28.)

Marx and Engels were right in that they knew who their real enemies were. The Bible protects property in two of the Ten Commandments: “Thou shalt not steal” and “Thou shalt not covet thy neighbour’s house … nor any thing that is thy neighbour’s.” But this is not all. The Mosaic law had no property tax: a man, rich or poor, was made secure in his house and land from dispossession or seizure, and the Levitical laws emphasized this heavily. Man’s basic security the Biblical law saw as resting in the private possession of property without the possibility of confiscation. The American colonies deliberately followed the Biblical law and avoided any property tax in any form. In some states, there was no property tax until after the Civil War. Recently, Nebraska abolished both the state property tax and the state income tax. The Liberty Bell carries a verse from the Bible’s law of property: “proclaim liberty throughout all the land unto all the inhabitants thereof” (Lev. 25:10).

Wherever private property disappears, man’s liberty is gone. Man is placed completely at the mercy of the state. Wherever private ownership is weakened, man’s liberty is weakened also. There is an essential relationship between liberty and property. The American colonists saw this. One of the slogans of the War of Independence was “Liberty and Property.” Every attack on the private ownership of property is therefore an attack on liberty. It is an attempt to destroy the independence of man from the state, from the tyranny of civil governments. It is especially important for tyrants to destroy private ownership of farming property, either by direct confiscation or by indirection, by controls. In every age, one of the primary targets of dictatorship has been to control the farmer.

The attack on private ownership is also an attack on the family because it destroys the family’s independence and makes its members dependent instead on the state. The state takes the place of the father as the provider.

The attack on private ownership is also an attack on God because it despises His law and substitutes for it man’s humanistic and socialistic law. The defense of private ownership is both a healthy and a necessary religious step. It is the defense of a way of life ordered by God for the welfare and happiness of mankind. The right to property is a God-given right. Ownership is evidence of work and character. Every attempt to limit the right of ownership is a form of theft, and the Bible says clearly: “Thou shalt not steal.”