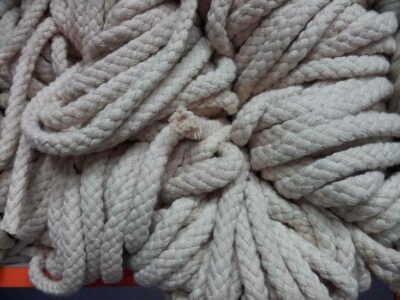 One of the very difficult texts of Scripture is Proverbs 14:9 because the Hebrew text is so difficult. A very interesting translation appears in the Berkeley Version: “The bond [or, interpreter, intermediary] be­tween foolish men is guilt, but between the upright it is a good will.” The reference is to the differing reactions to a guilt offering by fools as against righteous men. We can say that sin unites the guilty in their hatred of the godly, whereas those who know atonement manifest good will.

There is a very important fact here. Over and over again, I have seen the coming together against a Christian of peoples who have only one thing in common, a hatred of the godly.

There are two aspects to this. First, the sinner hates God, and he hates the people of God. His immediate sympathies are with the wrongdoer. Before some people are aware of the facts of a matter, they choose sides with the guilty. More than once, jurors have told me of other jurors’ re­fusal to convict the obviously guilty because “that could be me on trial,” or, “that could be my son on trial.” God is continually testing us by our allegiances. Whom we are loyal to reveals what we believe and what we are. More than once, I have seen people who despise one another draw together in a common hatred for a godly person.

But sometimes this hostility takes a different form. More than a few times, in fact, quite often, I have seen a man or a woman whose marital situation, an evil and horrifying one, becomes public through some epi­sode become the object of much sympathy from many peoples. At other times, it may be someone exploited by others and cynically treated. The situations vary, but someone is seen to be an innocent victim. There is an outpouring of sympathy.

But, suddenly, this sympathy is replaced by venomous hatred. Why? Well, the victim does something to correct the evil, and the result is hatred.

In brief, the second aspect of this hatred is a resentment against those who overcome evil. Defeated men hate victorious men. They want ev­eryone to remain a “martyr” to evil like themselves. The defeated insist that there is a virtue in defeat and surrender, and they demand that we share in their failure. Failed men resent successful men. Some of my bit­terest enemies are persons who are failures. My efforts to help them did no good. They resented my successes.

Proverbs 14:9 goes on to say that the bond “between the upright is good will.” They have a common life in the Lord, a common goal in serv­ing Him, and a common hope in the future.

As I travel and speak here and there across the country, I come back with a strong sense of the richness of our Christian community. I know what a privilege it will be to share eternity with Christ’s people. We have a rich community in the faith, and ours is indeed a goodly heritage. The bond, interpreter, or intermediary between us is One greater than our­selves. It is the Lord. Our relationship is thus greater than we are. As Christians, we have no direct relationship with anyone or anything. All our relationships are mediated through Jesus Christ, who made and re­made us all. This gives a more solid and a permanent bond to our fellow­ship one with another.