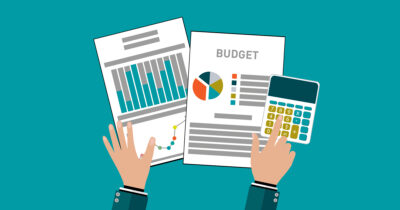 Note: The following statement was written by R. J. Rushdoony for the Chalcedon trustees’ meeting, January 4–5, 1991. By a unanimous vote, the trustees ordered that it be published in the Chalcedon Report.

Budget making has such an odor of sanctity to it that it seems to many to be a course of irresponsibility to challenge it. I have not, in my years in the ministry and as president of Chalcedon, ever operated in terms of a budget because of religious and conscientious objections.

It is important to begin by defining a budget. Webster’s first edition of his Dictionary (1828) defines it simply thus: “The papers respecting the finances of the British nation.” Webster’s New International Dictionary, second edition, has, as its two basic definitions, the following:

Budget: a financial statement of the estimated revenues and expenditures of a country (orig. of Great Britain) for a definite period of time.

Loosely, the cost of operation, living, etc., as determined by income, es­sential needs, or the like; as a minimum weekly budget for a family of five.

Christians normally have the second and minor meaning in mind. It has reference to a family’s fixed income and the allocation of that income to basic needs. In this sense, budget making means financial responsibil­ity and accountability. However, even with fixed incomes, there are prob­lems in budget making if debt is a part of the budget, because the expec­tation then is of a continued income without disasters and contingencies.

Historically and economically, budget making and deficit financing have gone hand in hand. In fact, the budgetary process was created in Great Britain in order to justify a national debt as a necessity. The pro­cess began in 1780 with a parliamentary commission justifying such a step in the name of efficiency and rationality. Each agency of state was to submit its needs for the year ahead in order to enable Parliament to tax and appropriate intelligently. Then these budgetary estimates would be submitted to the treasury, which in turn submitted to Parliament the “necessary” costs for the next year. A debate on the floor ensued, fol­lowed by tax measures. When the taxes were being collected, or in an­ticipation thereof, the state borrowed in order to make agency functions possible. Where there was a difference between income and expenditures, a debt was incurred, and servicing the debt became a part of the continu­ing budgetary process. National debts were born with budgets.

Before long, off-budget spending for special purposes was added to this process; this was an evasion of normal constraints. In time, off-bud­get debts began to surpass the regular indebtedness.

National debts were born out of the budgetary process. Budgets tend to be governed by “needs” rather than income, and the definition of “needs” is constantly expanded by bureaucracies and legislative bodies.

Carolyn Webber, a specialist in this area, and Professor Aaron Wil­davsky, in A History of Taxation and Expenditure in the Western World (1986), observed: “Afraid that their funds would be taken away, depart­ments kept up legislative pressure all year long, instead of just at the be­ginning. The budget thus became a starting point for negotiations instead of a commitment. Not only were there more claimants for government funds, they made claims more often and with greater tenacity than be­fore. With no distinction between the ‘off’ and ‘on’ budget season, the central budget unit led a chaotic existence . . . To make their petitions im­pregnable, departments sought funding through the panoply of modern devises — entitlements, loans and guarantees, and off-budget corpora­tions” (p. 492).

While a missionary on an Indian reservation, I saw a Christian, head of a newly created department, rebuked by local, regional, and national officials for operating economically, doing more work than planned, and leaving a surplus of funds. When he persisted in this, he was demoted, and, finally, had to leave the Indian Service.

The budgetary process is theologically unsound because it assumes the natural goodness of man rather than the fact of the fall and man’s depravity. To operate in any sphere of life without an awareness of our own propensity to sin, and the sin of others, is folly.

Today’s mail brought me two appeals for money. One was from a group ready to start on a debt venture; they had prayed about it and were sure it was the Lord’s will! Another was from a group which, having re­duced a $350,000 debt to $33,000, was appealing for funds to retire that debt. However, over ten years ago they had approximately $700,000 in debts and learned nothing from that experience; they will again embark on debt as “the Lord’s will,” I am sure.

The budgetary process gives priority to needs over godly providence. Whether in the hands of nations, churches, or any other group, it is evil.

The alternative is to spend only the income one has in hand. This is why, over the years, Chalcedon’s monthly “thank you” letter has always carried the following statement at the bottom of the page:

Chalcedon is a tax-exempt public foundation, and gifts to Chalcedon are tax deductible. We believe that God’s Word must be obeyed. God requires tithing and an avoidance of long-term debt. We therefore do not believe in deficit financing, have never contracted debt, and do not believe in long-term debt. Your giving establishes the limits of our work, humanly speaking. These are our principles, and we abide by them. However great our needs, our prin­ciples must outweigh our needs. Our needs are ours; our standard is the Word of God, and there is no question in our minds which must govern. The way of obedience is the way of blessing, and we expect, by the grace of God, to be blessed.