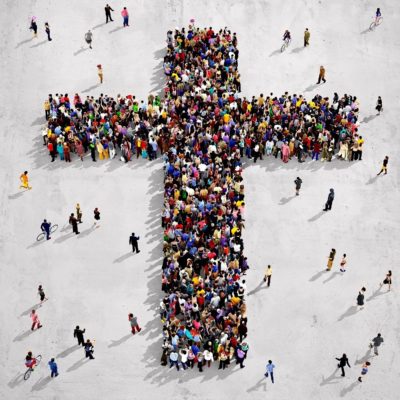 The church began its history in the Roman Empire, in the midst of a Greco-Roman culture. Jerusalem itself reflected that fact and was richly subsidized by the emperors because of its strategic importance. Keeping Judea peaceful and happy was a basic policy. Judea’s failure to appreciate its “privileges” led to the intensity of Roman vengeance during and after the war of AD. 66-70.

The church was both influenced by that Greco-Roman culture and also hostile to it. Herbert B. Workman,in Persecution in the Early Church (1906), noted: “By Roman theory the State was the one society which must engross every interest of its subjects, religious, social, political, humanitarian, with the one possible exception of the family. There was no room in Roman law for the existence, much less the development on its own lines of organic growth, of any corporation or society which did not recognize itself from the first as a mere department or auxiliary of the State. The State was all and in all, the one organism with a life of its own. Such a theory the Church, as the living kingdom of Jesus, could not possibly accept in either the first century or the twentieth.” Many churchmen then as now tried to accommodate themselves to the sovereignty of the State or emperor rather than Christ. They were willing to confess, “Caesar is lord.” The church in part was preserved from absorption by Roman persecution. The intransigent, uncompromising Christians preserved the church by their refusal to compromise.

All the same, however, some things were absorbed, i.e., neoplatonism, Aristotelianism, Stoicism, asceticism, and the like. An important borrowing from Rome was organization and bureaucratization. The church was in a very real sense a continuation of the synagogue, and in the Greek text of James 2:2, the word translated as assembly is actually synagogue.

The church, unlike the synagogue, was not only an Hebraic organization but it was essentially an organic body, a corporation: the body of Christ. Now the members of a body (i.e., hands, feet, etc.) do not hold offices; they have functions. The words translated as office in the New Testament make this clear. For Romans 11:13, I Timothy 3:10 and 3:13, the word used is diakonia in Romans and diakoneo in Timothy. The word, in English as deacon, means a servant, service; it refers to a function. In Romans l2:4, office in the Greek is praxis, function. In Timothy 3:1, it is episkope and its meaning is supervision or inspection to give relief or help. In Hebrews 7:5, the reference is to the Old Testament priesthood, hierateia, and refers to the sacerdotal function.

Thus, what we call church offices are in reality functions of the body of Christ in this world. This fact is very important. Offices lead to a bureaucracy and a ruling class, whereas functions keep a body alive.

In the early church also, we have no evidence of what is commonplace today, regular, stated bureaucratic meetings of presbyteries, synods, councils, bishops, etc. Instead, beginning with the Council of Jerusalem in Acts 15, the meetings were called to resolve a problem or meet a need. They were functional meetings, not organizational; they were aspects of the life of a body, not of a bureaucratic organization. They exercised no coercive power, but they did formulate questions and answers pertaining to faith and morals carefully and precisely.

Both Eastern and Western churches, and, in the West, Catholicism, Protestantism and Anabaptism, have developed great and powerful bureaucracies which impede the life of the church. Both church and state, and especially the state, suffer badly from bureaucratization and consequent constipation in their life. As a result, in the United States, many Protestants and Catholics have some home study groups which bring new life to their faith. In Edinburgh, Scotland, I found a remarkable charismatic church; it had purchased a large stone church closed by the Presbyterians and was the center of extensive ministries. But it had no membership list! Fearful of bureaucratic strangulation, it was keeping the church together as a faith bond in the Spirit rather than as an institution. While it is not necessary to go to such a length, clearly a corrective to emphasize function and life is urgently needed.

One of the consequences of bureaucratization in the church is the rise of the star system. This is certainly true also in other spheres, especially the state. People vote for presidents in terms of their “image” projection, not their faith and life, not their action. Most of the presidents of the earlier years of the United States would never be elected today. Lincoln is liked in retrospect. His high pitched voice, carelessness in dress, and much more, would today finish him after one television appearance.

The importance of the star system is necessary to understand. People want the star to epitomize what they want, or would like to be. They identify with the image he projects. Thus, some people feel that a prominent political leader, or a religious leader, is “entitled” to moral lapses because of his importance. In earlier times, such lapses were called the royal prerogative. The star must be the expression of the popular or common will, the general will.

In the church in the United States, the star system set in soon after churches began to move on the one hand into Unitarianism, and on the other, into Arminian revivalism. People gravitated towards powerful pulpiteers on both sides of the fence. The churches then began to take their life from the star: a star could bring in hundreds and even thousands of people, lead to a great church complex, attract people and money, and give the members the vicarious feeling of being part of a great church. This still is very, very much with us. Some people will simply say, “I want a church where the action is.” By action, they mean crowds; the result is often a surrogate “Christianity,” not a living faith.

The result too is spectator “Christianity,” a star performing before hundreds and thousands. The mandate to believers in both numerically large churches as well as small is then reduced to being good spectators and contributors. For the surrogate “Christian,” someone else expresses the faith and does the work. We have then what General William Booth called mummified church members.

The star system has had its shipwrecked stars over the centuries, men like Savanarola, Henry Ward Beecher, and others of more recent years, and the end is not yet. The star system tends to give, not life, but a form of life. As Paul says in II Timothy 3:5, some have the form of godliness but not the power thereof. Instead, what the stars usually have is the power of money.

Paul tells us that we are “the church of the living God” (I Tim. 3:15). Jesus Christ declares that He is “the way, the truth, and the life” (John 14:4). The Trinity is never identified as the Great Bureaucracy but as life, the author of life, and more. For the church to identify itself in terms of its bureaucracy is a sorry fact.

If the church indeed is the Body of Christ, it must function as if it is alive. A dead church is a non-functioning church; it is salt which has lost its savor and is fit only to be cast out and trodden under foot by men (Matt. 5:13). This is a grim possibility in our time. We cannot say that in all places the church today is dead, but in too many areas it is badly arthritic and feeble. Christ, the Lord of life, commands us, saying, “I say unto thee, arise!”