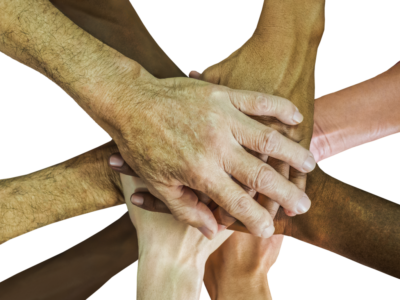 Few doctrines are more thoroughly related to everyday life, political
order, and hope for the future than the doctrine of sin. Tragically, the subject is not even considered in education nor in politics, and yet the fact of sin conditions every area of life and thought.

Sin is disobedience to God and rebellion against Him and His law. Those who deny the validity of God’s law are in rebellion against Him, whatever they may call themselves. All men are sinners. Paul tells us that there are none who are righteous outside of Christ, no, not one. The punishment for sin is death in time and eternity. Salvation is deliverance from condemnation and from the power of sin and death.

The effect of sin in us is total. Calvinists speak of total depravity, meaning thereby that every aspect of our being is governed by our sin: our mind and reason, together with everything else. Calvin recognized that some unbelievers are at times capable of great good, but their essential and abiding direction is against God and for evil, and for themselves as the final arbiters of good and evil.

Our world today is warped because of its disbelief in original sin and total depravity. One consequence is racism.

Few people have considered the interesting fact that racism is mainly a modern phenomenon. (One of the few to recognize its humanistic roots has been Dr. Erik von Kuehnelt-Leddihn.) Racism holds that certain peoples have a particularly evil bent. Now, historically, various peoples at times have taken an especially evil course, but no race nor nation has a monopoly on sin. All have at times been degenerate and evil. “For all have sinned, and come short of the glory of God” (Rom. 3:23).

Today, because even among faithful church members knowledge of the Bible and its doctrines is minimal, racism is not uncommon. The evil in our world is attributed to a particular people or race. It is blacks or whites, Jews or Gentiles, and so on and on.

This is a deadly fallacy. It transforms evil from a moral fact into a genetic one. It makes conversion “impossible” because it is then a blood fact, not a moral transgression. Moreover, it shifts the focus of sin from God to man. The Bible tells us that sin is a transgression of the law of God. Racism tells us that evil is a genetic fact, a racist quality. Such a view replaces conversion as the remedy for sin with total warfare against certain peoples as the solution.

Darwinism made racism respectable and commonplace. Scientists today downplay the racism of Darwin’s theory, but Darwin’s original text and title make clear his perspective. Darwin believed that some peoples were not sufficiently evolved to be civilized.

Without the doctrine of original sin and total depravity, it becomes possible to trust man and the state unduly. If men are not depraved, the civil governments they create can be trusted, because their intentions are good. Educated experts are seen as good men, not sinners. Godless courts of law can dispense excellent justice supposedly, because men are either naturally good, or, at worst, neutral in their nature.

We live in an era where the harmony of interests has been replaced with a belief in the radical conflict of interests. We thus have a conflict society and the politics of conflict. War is waged against one’s opponents, not an effort to convert them. The Marxists, as in China and Russia, have carried this to its logical conclusion. Those who cannot be educated are executed. They are irredeemable. Evil is basic to their being. The solution to evil is not conversion but coercion and execution. This is why the conflict in our world widens and deepens. It does not see evil as a moral fact but as a physical, racial, or genetic fact. Then war is waged against a class, race, or nation.

Until we have a Biblical doctrine of sin, the conflict society will see more and more conflict and hatred. People will continue to insist that a particular race, class, or nation is the incarnation of evil. They will then be cynical of conversion efforts, because total war is for them the only solution.

The grim fact is that politics and popular thinking around the world are closer to Stalin and Hitler than people want to admit. Their solutions are implicitly similar. “The final solution” for social problems then becomes coercion and death.

The Biblical answer to sin is salvation. This is the reason for the coming of Christ, to bring in the fullness of salvation.

The political answer is more politics, more controls, and more coercion as the solution. We are deep into the political “solution” to the problem. It is a solution which in the long run costs a great many lives. It is time we understood the Biblical answer, and it is time the churches showed the way.

All too many people, in our nontheological age, in the church and out of the church, are too prone to believe that evil is in essence the nature of a particular race, nation, or class. In terms of the Bible, we can better understand evil by looking at ourselves, and then to God’s grace. We will then be better able to cope with the sin all around us because we will know the answer.