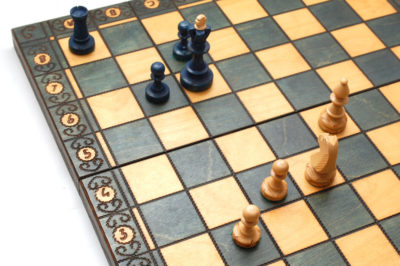 Biblical law requires restitution and restoration. Humanistic law begins by seeking the reformation of man by law. In reformatory legislation, the law-breaker is the goal of controls. The next step in humanistic law is regulatory legislation. Regulations seek to control all men to make crime impossible, or nearly so.

But humanistic law does not stop there. The third step is redistribution. The control of all men goes hand in hand with the control of all property. Men, land, and money are redistributed. Law becomes a total plan for the total salvation of men and society by means of total control.

In education, the goal becomes the equalization of all children in every way, so that grading is seen as an evil to be overcome or eliminated. Schooling stresses, instead of the acquisition of knowledge, the acquisition of social attitudes which will enable the child to belong to a leveled, redistributive society. Instead of an emphasis on excellence and individual achievement, there is instead an emphatic demand for socialization and group dynamics.

In religion, humanism seeks by law to eliminate or bring into conformity those churches which deny the Great Community as ultimate. All appeals must be to caesar rather than to God. Ultimacy is held to be in the state, not in God, so that the state is viewed as god walking on earth and as the agency of social salvation. The Christian School is thus seen as a dangerous agency, because it teaches a higher allegiance and trains youth in terms of another faith.

In economics, redistributive legislation in Marxist countries means the open transfer of land and wealth from private ownership to the state as the trustee of all the people. In the democratic nations, the same redistributive goal is achieved by a variety of means, most notably the inheritance tax and the income tax. In the United States, 75% of all farms, businesses, and activities are wiped out by the death of the owner because of the confiscatory nature of the inheritance tax. The income tax works annually to redistribute wealth, as does the property tax, and a variety of other taxes. In fact, the goal of taxation can no longer be said to be the maintenance of civil order and justice; rather, its goal is social revolution by means of taxation. Taxation has indeed become the new and most effective method of revolution; it is the reactionary redistributionists who still think in terms of the armed overthrow of existing orders. The more liberal ones know that taxation is the more efficient means of revolution.

In brief, the redistributive state wants a world beyond good and evil. Where there is no good nor evil, there can be no criticism, and no judgment. Doris and David Jonas, an anthropologist-psychiatrist couple, declared, in Sex and Status (1975), after discussing a number of obviously warped and sinning relationships, "What, then, constitutes a basis for an harmonious male-female relationship? We are forced to the conclusion that this is not determinable from the outside" (p. 102f.). For them, there being no good and evil, no God, sin and perversion are merely matters of taste and choice. In a world beyond good and evil, there is no standard for condemning a civil government, and the civil law is thus beyond criticism. Moral judgment disappears, and coercion replaces it. In fact, where there is no moral law, and no God whose court is the source of all law and judgment, then the only binding force in any social order is coercion.

Thus, the more humanistic a state becomes, the more coercive it becomes. The brutal slave labor camps of the Marxist states are not aberrations nor errors of principle on their part: they are the logical outcome of their humanism. The humanistic state replaces God's predestination with man's plan of predestination by total coercion, and it replaces God's moral law with a purely coercive law whose purpose is alien to man's being and destructive to it.

All three forms or stages of humanistic law are very much with us all over the world. The Christian cannot be indifferent to law without denying his faith. Humanistic law is a plan of salvation in terms of Genesis 3:5; its goal is to make man his own god, determining good and evil for himself. However, when man seeks to affirm himself in defiance of and apart from the triune God, what he actually does is to destroy himself. By his sin, he brings in death; by his rebellion in the name of freedom, he assures his slavery.

God's law, in its every aspect, requires restitution and restoration. "God is not mocked: for whatsoever a man soweth, that shall he also reap" (Gal. 6:7; cf. II Cor. 9:6). What shall this generation reap, when churchmen count it a virtue to be hostile to restitution and to God's law?

Law can never be neutral. Law always condemns one kind of practice and protects another. The law can be fair, and in its procedures conscientious, but it is never neutral. Law is always religious: it is an expression of faith concerning the nature of things and a statement of what constitutes righteousness or justice. Historically, and in essence always, law is a theological concern. For churchmen to be indifferent to the triumph of humanistic law means that they are indifferent to the claims and demands of the triune God. Such an indifference is suicidal, and it is sin.