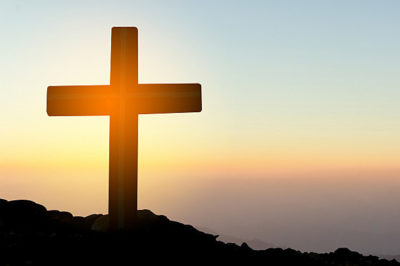 Church history has been a failure in at least two important aspects. First, in most seminaries, it is the least respected subject and often the dullest. In this respect, I was privileged to be a student of Dr. George Huntston Williams, in whose hands church history was not only the most exciting subject but the focal point of Biblical and theological studies. Second, church history has been a failure in the sense that the church has commonly viewed the history of Christianity as an institutional history, as the development of ecclesiastical forms, power, and movements, all centrally controlled.

Nothing more clearly reveals the evil than the term “parachurch ministries.” Such ministries are resented by many churchmen; they are regarded as illegitimate because they are outside the control of the church. Whether a seminary, a college or university, a missionary group, a publication, a youth work, or anything else, it is regarded as morally wrong if not church controlled.

This is totalitarianism in the church. Just as the state seeks, when totalitarian, to have total power over all things, so the church totalitarians demand that no Christian work exist outside their control. Many such groups are Protestants who out-Rome even Rome at its lowest ebb: total control by the church is their goal.

Now, this was the dream of the pagan state. Nothing had the right to exist without its permission. No institution had the right to an independent existence; no unlicensed meeting could be held, and no unsupervised and nonregistered activity could take place.

Recently, one very able businessman found that among his many fellow associates, all young men, a number were interested in the faith. He invited them to his home for an introductory statement by himself and a question and answer session. There were sixteen young men who came. When the leader’s well-known church learned of the meeting, he was called in for a rebuke. He expressed his willingness to allow an associate pastor to lead the group. He was told that he had no right to ask any such thing, only to cease and desist all unauthorized meetings. He left the church. Such church totalitarianism is not unusual. I know of enough incidents to compile a book of them.

The church’s conflict with Rome was over this issue, freedom from state controls for the church, the Christian family, its educational and welfare work, and more.

I was amazed a while back to read a study by a fine man of Philip’s work. Philip became a deacon (Acts 6:5) in order to assist in the charitable ministry of the church. In Acts 8:5ff., we find him preaching in Samaria. According to the writer of the study, Philip had been commissioned apparently to a ministerial task by the apostles! But Acts 8:3–4 tells us that Philip was one of the Christians “scattered abroad” by Saul’s persecution. No formal act by the Jerusalem church had empowered Philip; persecution had given him an opportunity, and he took it. The freedom of the church community permitted this.

A few centuries later, with the earliest ecumenical councils, the church met to define Biblical doctrine, not to compel union. In recent years, Christianity has again outgrown — as in every time of strength — the church. Christian schools and home schools, independent of the church, have spread from coast to coast. Many teaching ministries, such as Chalcedon’s, have arisen. Work among drug addicts, juvenile delinquents, ministries to the elderly, to prisoners, and much, much more have developed, usually in independence from the church. These are creating major social changes. The totalitarian-minded churches which oppose these movements are denying Christian freedom and attempting to restore the total controls which marked paganism.

Is it any wonder that both church and state are in disrepute? Both are marked by strong drives towards totalitarian controls. To cite one example, one large church, I have been told, has “a total program” for the Christian family. The children go to the church after school for guided help in homework. The parents come in the evening for a church dinner. Then, youth meetings, a nursery, special programs for all, young couples meetings, and more keep all safely in the bosom of Mother Church until bedtime. This is ecclesiastical totalitarianism. It is destructive of family life, and it is not Biblical.

Remember, God’s purpose is that both church and state be limited in their powers. The state tax was limited to half a shekel for every male from age twenty up; the Levites, who were the instructors of Israel (Deut. 33:10), could receive the tithe; they then tithed the tithe to the priests for worship (Num. 18:26). A man could personally administer his tithes, firstfruits, and offerings, as did the man from Baal-shalisha (2 Kings 4:42).

The true church history is not an account of the development of an institution, its formalization of structure, worship, and polity, but rather, it is the history of how Christianity has revolutionized every area of life and thought. It has created a variety of institutions and also a variety of movements and forces which are not institutionalized.

Because true Christianity is a living faith, it cannot be confined to institutional walls without dying. It must express itself in every area of life and thought, freely and variously. Totalitarianism in the church leads to strangulation and death.

One very fine and overworked pastor was confronted by a woman whose children were no longer at home, and who was still young and healthy; she told him of a real need that called for Christian action. The pastor quietly commended her for her vision and then suggested that she inform other women of the problem and, together with them, take independent action. The woman resented the answer and was thereafter critical of the pastor.

You and I belong in the history of Christianity by our daily lives, stands, faith, and activities. Paul speaks of those who assisted him, in no formal capacities but in devotion to the faith, as ones “whose names are in the book of life” (Phil. 4:3). In Revelation, “the book of life” refers to all who are faithful to their calling in Christ (Rev. 3:5; 13:8; 17:8; 20:12; 21:27). God’s account of church history is not institutional: it has to do with the expression and power of faith in all of life.

Book
Foundations of Social Order: Studies in the Creeds and Councils of the Early Church
Book
An Informed Faith: The Position Papers of R. J. Rushdoony
External Link