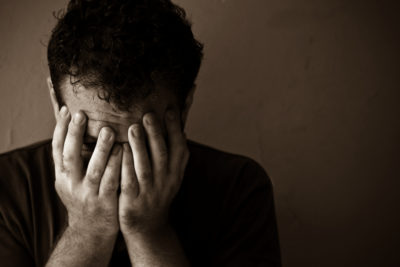 18. And all the people saw the thunderings, and the lightnings, and the noise of the trumpet, and the mountain smoking: and when the people saw it, they removed, and stood afar off.
19. And they said unto Moses, speak thou with us, and we will hear: but let
not God speak with us, lest we die.
20. And Moses said unto the people, Fear not: for God is come to prove to you, and that his fear may be before your faces, that ye sin not.
And the people stood afar off, and Moses drew near unto the thick darkness where God was. (Exodus 20:18-21)

In these verses, we return to the narrative, and an account of Israel’s fear at the supernatural occurrences on Mount Sinai. The word “lightnings” in v. 18 can be rendered as torches, flashes, or fireballs.1

Robert L. Cate is right in stating that God came near to Israel in order to prove or test them, something basic to all of Exodus.2 Israel was afraid, and fear can be good and healthy, but it can also be evil. “The true fear of God is to be the desire to avoid sin rather than to avoid the consequences of sin.”3 Moses refers to this distinction with respect to fear in v. 20.

The people asked Moses to be their mediator with God. They wanted no direct confrontation with God. In itself, there was nothing wrong with their request, but it was apparently motivated by a desire not to be too close to God, “lest we die” (v. 19). Again, this could have a favorable meaning. However, later events make it clear that they preferred a remoteness to God because God’s covenant and law were not in their hearts. Because their hearts were far from Him, they wanted God to be far from them.

We are told by Moses in Deuteronomy 5:22-31 that God approved of Israel’s words but recognized what was in their hearts.

The people asked that Moses be their mediator with God. God approved their request, with knowledge. Thereafter, Israel complained readily and freely about God’s mediator in a way in which they would not have dared to address God. Pastors in all ages have been used as scapegoats by people who are really lashing out against God when they indict His servants. They kick the one who is available for kicking and is religiously restrained from lashing back. Their fear of God, like Israel’s, is superficial. During World War II, a popular saying was, “There are no atheists in foxholes,” i.e., during bombardment. A soldier on furlough, an atheist, laughed as he described his fervent foxhole prayers during battle; his fear-filled prayers did not alter his life or conduct.

Fear is a necessary aspect of man’s life. Fears can be real or imagined, but a healthy fear is an awareness of the reality around us, and of actual dangers. A man who on a treacherous mountainside acts recklessly and without fear of consequence is a fool. Shortly before World War II, a classmate of mine was given an honorable discharge from the U.S. Air Force. Lacking any sense of fear, he was dangerous in a plane because of the risks he took for the sake of risks. His fearlessness made him dangerous. He did not live too long thereafter on the ground.

The central object of fear tells us much about a man. Is he most afraid of man or of God? Fear which is healthy is not a product of thinking, but is a reaction to serious danger and leads to caution, not cowardice. It is a mistake to equate cowardice and fear; cowardice comes from a type of thinking.

The Bible tells us that fear has a moral content, both good and bad. The fear of God, we are told, is good and holy:

We are told that the fear of the Lord is healthy; it is a restraint against doing evil. It is the beginning of wisdom and knowledge to fear God. It is the fear of God which gives us the confidence to face men and their evil and to be confident of ultimate victory. Such a fear tends to and fosters life. It is in fact a fountain of life.

A false fear is an unpleasant thing, to say the least, and it stresses our helplessness, whereas the fear of God makes us aware of His absolute power and assured victory. This is why the fear of the Lord is described as clean, unlike the fear of nightmares, where paralysis and helplessness prevail.

The fear of man places us in the realm of nightmares, because, when the fear of man is paramount, we see our radical helplessness in the face of an ocean of evil. Modern man feels strongly a sense of dread because he is without the fear of God. Of the fear of man, we are told:

There were they in great fear, where no fear was: for God hath scattered the bones of him that encampeth against thee: thou hast put them to shame, because God hath despised them. (Ps. 53:5)
The fear of man bringeth a snare: but whoso putteth his trust in the Lord shall be safe (or, shall be set on high). (Prov. 29:25)

The rise of existentialism has made the concept of dread important to modern man, because the dread of life and of men has replaced the fear of God among such people. Whereas the fear of God empowers us with confidence and courage, the fear of man is dangerous and turns our own mind into a snare or trap to destroy us.

Slaves are governed by the fear of man, and, whenever the fear of man replaces the fear of God in a society, slavery reappears and increases. We are helpless before whatever is ultimate and final in the cosmos. If we know God to be ultimate, if for us God is God, then we know we are totally in His power, and that He empowers His chosen ones to be more than conquerors, and to overcome (Rom. 8:37; 1 John 5:4).

FEAR OF GOD, is that holy disposition or gracious habit formed in the soul by the Holy Spirit, whereby we are inclined to obey all God’s commands; and evidences itself, 1. By a dread of his displeasure. 2. Desire of his favour. 3. Regard for his excellencies. 4. Submission to his will. 5. Gratitude for his benefits. 6. Sincerity in his worship. 7. Conscientious obedience to his commands, Prov. 8:13; Job 28:28.4

In other words, the fear of God empowers man to an active obedience. In ancient rabbinic thought, this aspect was clearly seen, and the doctrine of the fear of God was based on several verses, especially Leviticus 19:14:

Thou shalt not curse the deaf, nor put a stumbling-block before the blind, but shalt fear thy God: I am the LORD.

The fear of God means a recognition that God is all-powerful and all-seeing:

Neither is there any creature that is not manifest in his sight: but all things are naked and opened unto the eyes of him with whom we have to do. (Hebrews 4:13)

This is basic to the fear of God, the fact that there are no unseen or anonymous thoughts or acts in all creation. This, too, is why men prefer the government of man to the government of God. Men are commonly tyrannical, and their rule evil, but, in a world of people only, anonymous thoughts and acts are possible. The division between public and private is very important to the ungodly for religious reasons. They want the freedom to be public when they choose, but also to be private at will. This is impossible if God is indeed God: in His government, all things are public and open to His eyes. More than fifty years ago, I heard a professor declare that one of the most distasteful aspects of Christianity was the idea of the record books being opened on the total life of man on judgment day (Rev. 20:12). For the Christian, there is promise:

This is not anonymity but grace and forgiveness, regeneration and a blotting out of all transgressions.

It is interesting to note by way of conclusion that during most of the history of Western civilization, it has been recognized that, without the fear of God, no society can long endure. Where men believe they can be anonymous, they are more free to express their evil.

Taken from Exodus: Volume II of Commentaries on the Pentateuch, pgs, 283-286