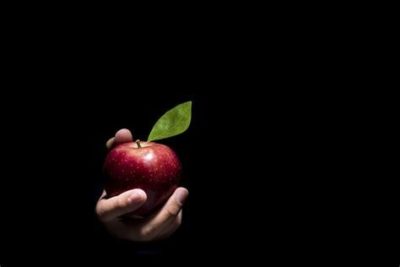 Some many years ago, a man asked me a rhetorical question, “What would you do if you were God?” he demanded, and then proceeded to answer it himself. “I know what I would do.” He continued to tell us what he as god would do, and most of the men agreed. His conclusion was this: because God did not do these to him so obviously good things, and God is supposed to be all good, God does not exist.

The essence of all that he said was very simple: he felt that a good God could not allow men to sin, to make mistakes, to wrong themselves and others, and so on and on. In brief, man should not have the freedom to sin. The Garden of Eden was for him no paradise, because at its very center there was a tree to tempt man and destroy him. All our lives, no matter how well-intentioned we are, and no matter how “good,” we are prey to ugly consequences from simple mistakes. For this man, Darwin’s struggle for survival and the survival of the fittest was at least an accurate description of life and the world. The human endeavor, he believed, should be to eliminate the problems which frustrate and trip up man by means of intelligent social planning and control. Only so could man create the world which the Biblical God refused to create.

At the heart of this man’s argument was the desire to play god and to prevent man from sinning. It was implicit to his argument that mankind through the state should strive to create the great world community which God refused to create. Naturally, for him sin was not the problem: it was and is the ugly circumstances and environment which man faces.

Humanistic man has tried to save man and the world by works of statist law. I discussed the approaches used in the Chalcedon Report, issues 161–163, January–March 1979.(1) As I pointed out then, the first step was law as a means of reformation, the salvation of man and society by law. A basic step in this plan was the introduction of the prison system, reformatories wherein men were to be reformed and made into useful citizens.

The second step was regulation, laws used to so control men as to make sinning impossible. In such a social order, all men are controlled by various state agencies in order to prevent any outbreak of evil. Prohibition was a major step towards this goal; gun control is another. Regulating agencies to police capital, labor, farming, medical practice, and all other spheres of activity are now commonplace attempts to abolish sin.

The third step is now in process, law as a means of redistribution, and the Internal Revenue Service is important towards this goal. The “evils” of inequality of wealth and opportunity must be equalized, it is held, by the compulsion of taxation, confiscation, and various forms of legalized expropriation. The redistributive state wants a world beyond good and evil, beyond criticism and judgment, a world of total equality — except for the elite rulers.

By eliminating the freedom to sin, the modern state becomes progressively more coercive, and brutally so. The “Gulag Archipelago” is the logical conclusion of every attempt by man to play god and to eliminate the freedom of sinning. At root, our political and related problems have their source in man’s desire to have a new Garden of Eden without any possible source of temptation and fall. Many of the child-rearing problems which confront modern parents have a like origin. Parents want to spare their children the necessity of being tried and tested, which means that the parents believe in indulgence, not true freedom. True freedom necessitates risks, trials, and temptations. It necessitates the possibility of failure, but it also makes success possible. A risk-free, failure-free world is a world doomed to die.

Let us look at this problem a bit further, and theologically so. First, we have seen the statist solution; statist men say, let us prevent the possibility of sinning that grace may abound. Of course, the grace here meant is humanistic grace, a beneficent spirit on the part of all men which will create the great world community of men’s dreams. In such a faith, grace is a purely negative factor; it is the absence of all opportunity for sinning. It produces an unfree, graveyard society. If such a society could be realized, men would cease to be men. Not surprisingly, some socialistic thinkers have seen this ideal world as one comparable to an anthill or a beehive. Personal consciousness will disappear, and, like the ants, all subordinate men will be like the worker ants.

Over the centuries, a second answer has arisen repeatedly from heretical sources. Paul summarizes this position in Romans 6:1, “Shall we continue in sin, that grace may abound?” Antinomianism often flirts with this evil doctrine. Because God is all love and all grace, it has been held, sin draws God’s pitying love, grace, and mercy. Before the Russian Revolution, some cults in that country showed evidences of such a belief, as have groups in other areas over the centuries. All such views manifest a mechanistic doctrine of God, as though there is an automatic reaction from God to certain conditions.

Neither the supposedly no-sinning great community of the states, nor the deliberate sinning of Manichaeans and some antinomians can produce grace: it is always the gift of God, and it is sovereign grace. Nothing man can do can produce grace. However, grace in the life of man produces faith and faithfulness, the spirit of obedience to the Lord.

Man’s law seeks to create a temptation-free world wherein men cannot sin, and it creates instead hell on earth. Man’s law has as its goal a naturalistic grace produced by the legalistic abolition of the possibilities of temptation, trial, testing, and failure, but instead of men of grace it produces human monsters.

Quite obviously, men need testing. Adam had the freedom to sin, and to pay the price thereof. We too have a like freedom, and we too must pay a price for all of our sins.

William Blake, often the source of every heresy, at one point saw the issue clearly when he wrote, “I saw the finger of God go forth . . . Giving a body to falsehood that it may be cast off forever.” Man is made in God’s image, but this does not make him a god. It gives him a very great potential for dominion under God, but it also tempts him to play god. However, as Solomon said, “The Lord hath made all things for himself: yea, even the wicked for the day of evil” (Prov. 16:4). We are not our own; we have been bought with a price, and we must therefore serve and glorify God (1 Cor. 6:19–20).

What God’s permission for us to sin means is that we quickly learn that we are not gods, and that “the wages of sin is death” (Rom. 6:23). We rebel against this knowledge, and many suppress it, but we are not usable to the Lord until, by His grace, we accept the fact of what we are and what we must become in Christ.

I was a young man when I first read a line from the concluding portion of James Russell Lowell’s poem “Under the Willows.” Lowell spoke of men as, “We, who by shipwreck only find the shores Of divine wisdom.” He was right. It is not our works nor our self-righteousness that saves us. God shipwrecks us to makes us ready for His grace.

We live now in an age of judgment which will soon break over us. Scripture makes it clear that judgment and salvation go together; the cross is the supreme example of their coincidence. It is the symbol of God’s judgment upon us, and His grace unto salvation. Without judgment, we would have no hope. The world would then proceed systematically into hell.

A medieval popular song thanked God for the fall of Adam, concluding thus:

Blessed be the time that apple taken was!
Therefore we may singen Deo gracias.