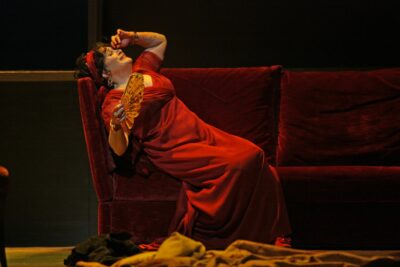 Philippians 4:5 tells us, “Let your moderation be known unto all men. The Lord is at hand.” Moderation in the Greek is a word mean­ing reasonableness. “The Lord is at hand” means, “The Lord is near (engus),” meaning that He is near either in time or place; this is usually taken to mean the Second Coming, but there is no reason to deny that it means other than that we are under God’s very present and watchful eyes. Read in this way, it means that we must live always before God, governed by His law-word and manifesting a reasonable, conscientious, and God-governed life.

Why is this important? The Puritans changed conduct wherever their influence went from a flamboyant and hyperemotional lifestyle to a rea­sonable and restrained one.

The modern era, like the Renaissance, sees life as theater. More than one scholar has shown that the shift to this view from life lived before God’s eye meant that acting before men became a way of life. Casti­glione’s Courtier counseled putting on a performance for the benefit of important people. Not sincerity but performance became paramount.

This new lifestyle became embodied in opera, “heroic” plays, theater, and court life. Important people dressed and lived theatrically, and their reality was not God’s truth but a world of appearances.

The results are history. All the arts were used to further the theatri­cal, and a sharp line separated the middle class with its sobriety from the aristocracy and their contempt for middle-class restraints.

With the development of the cinema, the overblown dramatic life was popularized for all. The limitation of silent films meant that over-dra­matization was used to convey the message. This over-dramatization did not disappear with sound films. In fact, whether in films or on television, this hyper-emotionalism and supercharged activity has become more commonplace.

The results for everyday life have been devastating. I am old enough to recall the pre-film era in rural America. The wild emotionalism and out­bursts common to television and film plays were unknown in everyday life. Now, however, young children mimic the tantrums of film life, and youth and adults act in a way which once would have been regarded as crazy and intolerable. All too many now display emotional outbursts that are really pathological and reflect the craziness of film life. Normal living has been deluged with supercharged emotionalism in too many families. The grand opera life is hell for families; it means tantrums and outbursts have replaced reasonableness, and young and old storm their irrational ways through life.

“The Grand Opera Life” had a deep influence on royal court archi­tecture, and it can still be seen in statist architecture. Life was turned into melodrama, and, in the nineteenth century, men raged and ranted sometimes, as witness Shelley, and women fainted to make a point. In differing forms, twentieth-century peoples are also given to melodrama. Present-day black and white youth act in ways their great-grandparents would find incomprehensible.

We must stress to this generation that we are God’s creatures, and we live, move, and have our being in His presence, before His eyes. We can put on an act that will fool men, but never God. We must live with rea­sonableness in His presence and in terms of His law-word. This is what Philippians 4:5 is all about. It is time we paid attention.