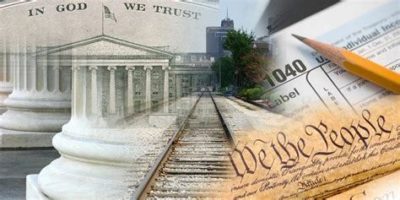 In the modern era, the most popular doctrine of infallibility comes to us from Rousseau through Kant and Hegel. Infallibility rests in man, not individual man, but in the general will of all men, which is held to be by nature unerring and good. This general will is not ascertained by majority vote, but by its expression in the elite rulers of the state, who embody or incarnate the general will. Over the years, this infallible general will has had a variety of names and incarnations. Two popular ones of recent years have been the dictatorship of the proletariat, and the democratic consensus. The new name is public policy.

In the name of public policy, a variety of evils are being promoted today. Increasingly, in the name of equality and rights, freedom of speech is being denied to Christians, because Biblical faith requires that sin be condemned, whereas humanism increasingly insists on equal rights for sin. Thus, a very prominent and forthright Texas pastor has been denied the freedom to continue broadcasting his Sunday morning sermons on television. In a sermon, he condemned homosexuality as a sin; this was seen as against public policy, and his freedom to preach was curtailed. In California, sixty three churches have lost their tax exempt status and face sale of their properties for refusal to pay taxes; their troubles began when a stand was made against homosexuality. To speak out against this and like matters is now against public policy, the new “law.”

Similarly, many courts are assuming that a children’s “bill of rights” like Sweden’s has been made law here because of “public policy.” Christian parents, routinely administering either discipline or chastisement to their children, have been taken to court.

Moreover, public policy is redefining the family, as the recent White House conference made clear. The Biblical definition of the family has been rejected. The true family is now seen as “the voluntary family.” This can be a group of homosexuals, runaway youths, or a sexual commune. Public policy seeks to give it the protection once given the covenant family.

These trends are becoming known to more and more people, but the reaction is too often one of religious idiocy: the idea is to pass a law to correct these evils. These evils, however, are not so much a product of legislation as of a religious faith in the state and its saving power. To turn to the state for relief is to aggravate that very evil.

Moreover, there is a grim fact too seldom appreciated by “reformers.” Virtually all new laws, whether good or bad, have as their consequence the increase of the state’s bureaucracy. Thus, the one usual and predictable result of a new law is greater power for the bureaucracy, and an increased growth. Reform laws are hence seldom a problem to a bureaucracy; the reformers legislate new laws, appropriate money for their enforcement, and the rest is up to the bureaucracy.

But this is not all. No law is likely to mean in execution and in results what it meant in purpose and passage. When a new law is enacted, its meaning and enforcement become the province of the bureaucracy and the courts. Since legislators, good and bad alike, are not at the same time in law enforcement, they cannot predict or foresee all the practical problems which the application of law creates. This very real and important function the bureaucracy and the courts discharge. The predictable result is the growth of the bureaucracy.

Add to that bureaucracy (and to the courts) the doctrine of public policy, and the law is immediately subject to a radically different meaning. The U.S. Constitution, thus, has been “amended” and altered more often by the varying faith and expectation of the American people than by Congress and the states. The Constitution today means not what the framers meant, but what public policy today dictates.

A key tenet of this humanistic public policy doctrine is the “equality” of good and evil. In fact, however, no such equality exists. If evil cannot be condemned, then righteousness is condemned. If a Christian pastor cannot speak out on television against homosexuality, it means that homosexuality has the freedom to condemn and silence Christianity. Such a doctrine of equality is another name for the suppression of the freedom of Christianity.

Public policy today is another name for humanistic morality and its mandatory status. Humanistic morality governs our bureaucracies, our state schools, the press, films, television, and more, and it is promoted from Washington, D.C., down. Public policy is beginning to declare that free speech by the church must be punished. Is the Catholic Church against abortion? Move to revoke its freedom and tax-exempt status. Have Protestant churches spoken out against homosexuality? Their tax exemption must be revoked, and their freedom curtailed.

Public policy today means humanistic policy. For this reason, every attempt by evangelical pastors and churches to revive a concern for social order among their congregations, to encourage them to vote as Christians, and to seek to command the political processes for Christ’s cause, is greeted with hypocritical wails of dismay; supposedly all this represents a revival of Nazi faith. But it is these public policy advocates who are the architects of our new fascism, an economic and political fascism which retains the forms of freedom but uses them as a façade for state socialism. These people see themselves as the incarnation of the general will and the infallible voices of today and tomorrow. They identify their will with public policy, and the rest of us with evil. Theirs is a false faith. The only answer to it is the Biblical faith, and its application to every area of life and thought.