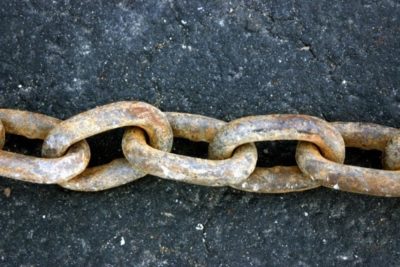 Note: “The Life of the Church” was a communion sermon at the Chal­cedon Chapel evening service, October 27, 1991. It is published here [The Chalcedon Report] because it answers so many questions raised by readers who find the church attempting to govern like the state. Also, many lone women, single, widowed, or divorced find the church acting as though they are their legal guardians and should control them, their lives, activities, and possessions.

Rebuke not an elder, but entreat him as a father; and the younger men as brethren; The elder women as mothers; the younger as sisters, with all purity. (1 Tim. 5:1–2)

The Lord God is very blunt about the care of the helpless in society, i.e., single women, abused women, widows, orphans, and aliens. To abuse them incurs God’s death penalty on a nation (Exod. 22:21–24), and certainly a church. Whenever and wherever God’s people have been faithful to Him, they have cared for the helpless, and protected them.

One of the first problems faced by the church, and this shortly after the ascension of Christ, was that the Grecian or Greek-speaking widows “were neglected in the daily ministration” in favor of the Hebrews (Acts 6:1). For this reason, the apostles created the diaconate and entrusted the deacons with the ministry of care and charity (Acts 6:1–6).

Having said this, let us turn our attention briefly to the church as we know it in the Western world. As against the eastern churches (Ortho­dox, Armenian, Syrian, Nestorian, etc.), the Western churches are known as Latin Christianity because they arose where the Western Roman Em­pire had existed. The Church of Rome is known as Roman Catholic; the 70 — Faith & Action: The Collected Articles of R.J. Rushdoony other Western churches could with equal justice be known as Roman Protestants. Why? Rome built its power on controls by various devices, including humanistic Roman law. Despite the importance commonly given to God’s law, the Western churches have very strongly affirmed the necessity of governmental controls over the people in the Roman pat­tern, a Vatican, a general conference, bishops, a church board, a classis, synod, general assembly, presbytery, and so on. Western churches are more governments and courts than they are the family of God. This is not to say the Eastern churches are better; our concern is with our problem. The church must be primarily a family in Christ, not a Roman imperial power.

Now, the church in Scripture is essentially the family of God in Christ; it is not a Roman-style court and government. It is a family, and, while there is government in a family, it is mainly through loving care and teaching.

This is what St. Paul is telling Timothy in 1 Timothy 5:1–2. As a young pastor, at least much younger than Paul, an old man, he is given fatherly counsel. He must treat the church as family members. The elders, mean­ing here older men, are to be entreated as a father, the younger men as brothers. Older women should be treated as mothers, and younger women as sisters, “with all purity.”

The church must thus function essentially as God’s family. If there are young men and young women in the church, as yet unmarried, they are to be regarded as the children of the church and given the loving care of all members.

The concern is not one to be passed on to a church court: it belongs to all the church family. Members of a family help one another.

Too many churches feel that it is the duty of the church court to govern and rule over all such persons. There is nothing in all the Bible that gives a church court the right to rule over widows or single women, many of whom may be and often are much older and wiser than they. The Lord God does not ask us to follow the Roman but the family pattern.

There are Roman Protestant churches, however, which deny anyone the “right” to move to another city without permission; to do so means excommunication. Rev. David Chilton has cited from his experience one church which insisted that its session had the “right” to order its mem­bers to use white sidewall tires on their automobiles, or to forbid their use. This is not the meaning of being a father, or a brother, or a son, or any other family member!

The diaconate was not created to add an office to the church but to further and guide a necessary function of Christ’s family.

Calvin called attention to an interesting fact now forgotten but basic to the life of the early church. There were “daily contributions of believ­ers” for the care of the needy members.(1) A few centuries later, and Calvin quotes him, Pope Gregory I (A.D. 590–604), known also as St. Gregory the Great, declared:

It is the custom of the apostolic see, at the ordination of a bishop, to com­mand him that all the revenue received by him be divided into four portions; namely one for the bishop and his family for the support of hospitality and entertainment; the second for the clergy; the third for the poor; the fourth for the reparation of Churches. (2)

Our concern is this: the evidence is clear from Scripture and church history that the church once saw itself essentially as God’s family, not as a lordly Roman power over the people.

The Lord’s Table reminds us of that fact. To share a meal has during most of history had a profound meaning. It makes people fellow mem­bers. In many parts of the world until recently, a man’s life and safety depended on whether or not he was asked to eat with a powerful lord of that area. Breaking bread together meant sharing a common life as fam­ily members; it assured a man protection and care of a generous nature.

This was the reason for the daily contributions. I can recall when ev­ery church family had a wooden box or two for daily gifts. Coins were added to the boxes for missions or for charity, and this was done at din­ner time. As the family thanked God in prayer, they remembered with their giving the needy and the mission fields. Children were given pennies (then worth more than today!) to add to the boxes in order to teach them the meaning of being a family in Christ.

The church must abandon legalistic authoritarianism and once again become God’s family in Christ. To do so means also to abandon hu­manistic law for God’s law, and ungodly controls for Christian grace, concern, and love.

The central sacrament of the Christian faith is a family fact, a com­mon sharing of bread and wine from the Lord’s Table. We do not cease to be a family, nor do we become Roman consuls and senators, when we leave that table. To be a Christian, a living member of Christ, St. Paul tells us, is this: “we are members one of another” (Eph. 4:25).