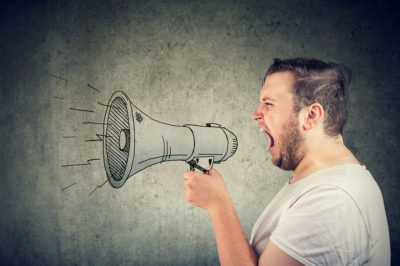 Forty years ago, as a missionary on an isolated Indian Reservation, I was quickly impressed by two things. First, the Indians had a high order of intelligence and ability; in aptitudes, they had a superior potential. Second, in performance, they were inferior, and, in fact, at the bottom level economically in the United States, and also in other areas ranked very low.

I noticed, too, that I never heard a crying Indian baby or child. Whatever sign the baby made of unhappiness led to immediate gratification. In talking with missionaries from a variety of foreign fields, among so-called primitives, a like pattern was presented in these places also, I was told.

I recognized soon that Biblical faith creates a radically different pattern of life. First, our lives must then be God-centered: “Man’s chief end is to glorify God, and to enjoy Him forever,” as the Shorter Catechism declares. This militates against self-gratification. Second, to affirm that the final and full reckoning for all men is beyond time and history in heaven and hell is to declare that our hunger for righteousness or justice, as well as for blessings and rewards, can never have its fullness in this world. It will, however, finally have perfect fulfillment. This postponement of gratification imposes a discipline upon all of us. It also creates a different frame of reference for child rearing.

What once marked the so-called primitive cultures now marks the Western world. We have seen the child-centered society create a student generation in revolt, demanding instant gratification in politics, economics, sex, and in drugs. That temper has also created an aborting society: no problems or inconvenience now, only sudden death for the disruptive unborn child.

In a generation which lusts for instant gratification, there are no solutions to problems, only executions. The demand for gratification now denies the validity of time and growth, and therefore of history. It copes with problems by revolution, by the mass murders of all whom it blames for the problems. The doctrine of heaven and hell affirms the reality of history and development.

The lust for instant gratification is a child of Rousseau and a father to revolution. It is ultimately an indictment of God for requiring man to suffer and to grow. More than two centuries ago, Thomas Boston, in Human Nature in Its Fourfold State, called attention to the foolish belief of some that they could “leap out of Delilah’s lap into Abraham’s bosom.” The premise behind this, he held, was “a shelter to wickedness of heart and life.”

The only real fulfillment of the lust for instant gratification is in personal and social suicide, because it is in its essence sin from start to finish.