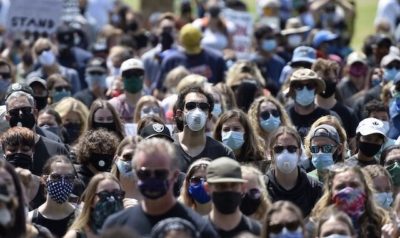 John Ferguson, in The Religions of the Roman Empire (1970, 1985), titles one chapter, “The Menace of the Future.” The title is an apt one. Imperial Rome very early lost its nerve, and it lost hope. It turned to a variety of foolish alternatives to reform in order to try to gain an occult knowledge of the future: oracles, omens, magic, haruspicy, witchcraft, and so on and on. Romans did not want true reform, only some occult formula to change their future without changing themselves.

Their “great men” were a part of the problem. Ferguson wrote of the Emperor Marcus Aurelius that he has been “overpraised.” He was a weak man. As a Stoic, he was indifferent to wealth, and he left Rome bankrupt. In one area after another, his Stoicism was an evasion of harsh realities.

The truth is that Romans wanted no clear statement of their condition nor of their needs. In their own way, they were existentialists: their motto had long been, “Eat, drink, and be merry, for tomorrow we die.” They were good at expressing noble thoughts while cheering for death in the Roman arena. The “noblest” Romans were far better at dying than living.

It should not surprise us, therefore, that they saw the future as menace. While Ferguson’s comments on Christianity are not acceptable always to Christians, his analysis of the weakness and failure of Rome is very good.

When men see the future as a menace, they have no good future. There were those in the early church who saw menace and decline in the future, but the basic Christian perspective was one of hope and the expectation of victory.

Today, we face a like situation. The humanists, who once saw the future as inevitable progress, now view the idea of progress as a “myth.” Deconstructionism has become not only an ugly form of literary analysis but a corrosive approach to life, faith, and hope. Abortion is a fitting symbol of the twentieth century: the most innocent form of human life is subjected to murder, whereas capital punishment for even particularly vicious murderers is protested. Lesbians and sodomites are honored, as in Rome, and the godly are despised.

Superficially, we can see menace in the future. We see a world in the hands of evil men who honor the evil and the perverted. We face the likelihood of a depression in the economy tied to an inflation in the money supply, perhaps of a massive kind. We will see an increase in diseases and epidemics, and more natural disasters.

But these are not menaces, however grim they be, but signs of our deliverance. The existing order is being shaken and shattered so that our Lord’s eternal order may alone remain (Heb. 12:26–29). These things are evidences of God’s rule. We, too, will be shaken in the process, because there is much in all of us that needs to be separated from our lives. We are plainly told that “our God is a consuming fire” (Heb. 12:29), and we had better expect His fire to do His work in our lives and plans.

Ferguson, in commenting on the Roman philosophers and moralists, very aptly notes, “But the fact that for them virtue lay in a disposition of the soul, and not in action, combined with the general attitude of resignation to make them far less revolutionary than some of their professions might seem to imply” (p. 194). It is easy to be noble and moral in words, but it is another matter to live morally, nobly, and actively in good works.

The common antinomianism of the churches makes clear why they are impotent. For the churches to command the nation’s majority in the United States and be impotent on the national scene tells us that James is right: faith without works is dead (James 2:20, 26). Our Lord tells us that salt that has lost its savor “is thenceforth good for nothing, but to be cast out, and to be trodden under foot of men” (Matt. 5:13).

The future is indeed a menace to the ungodly and the unbelieving. Moreover, it is a time of severe testing for the godly. This does not mean that it is other than good because God ordains it. The future comes to us from His omnipotent hands.

No worse future can be imagined than for things to continue as they now are, with the ungodly in power and tightening their control over all things. The present order must be shattered or we and our children’s children have no future.

If we see the future as a menace, we leave God out of the picture, and we place ourselves in the position of the standard and test as to whether or not the future is good. Job said, “Though he slay me, yet I will trust him” (Job 13:15). Can we say that?

God’s goal is His Kingdom, in time and in eternity. The end of history will not come until “all” Christ’s enemies are put “under his feet,” until He “shall have put down all rule and all authority and power” (1 Cor. 15:24–25).

With this faith, the future is not a menace: it is the hope of His triumph and coming.