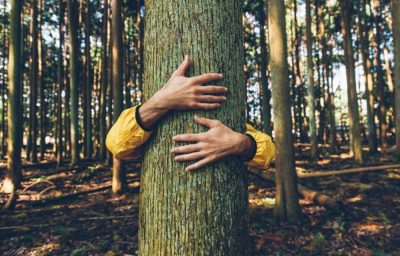 One of the major myths of the modern world is the idea that there is some such thing as "Nature," which the Second Edition of Merriam-Webster's Unabridged Dictionary defines as "a creative, controlling agent, force, or principle, or set of such forces or principles, operating or operative in a thing and determining wholly or chiefly its constitution, development, well-being, or the like," or "That which is produced by natural forces; the universe; as, laws governing nature; nothing happens without cause in nature; more narrowly, the totality of physical reality, exclusive of minds and the mental."

It is one thing to say that the universe or creation exists; it is another to assert that this universe is the source of its own laws and phenomena, or that it is a self-enclosed system of causality.

The Bible has no such term as "Nature." It does not recognize Nature as the source and cause of natural phenomena; rather, it sees God directly and absolutely operative in all natural phenomena. There is no law inherent in "nature," but there is a law over "nature." "Nature" is a collective name for an uncollectivized reality, and by uncollectivized it is meant that "nature" has no unity in and of itself that makes it a unified order. To assert that such a unity exists in and as "Nature" is to assert a hierarchical principle concerning the universe and its spheres.

If "nature" is a unity in status or in process, then it represents a system of higher and lower authorities, powers, and laws. It is subject to understanding in terms of its past, present, or continuing development as a scale of being in which there is both higher and lower being. The laws of that realm of being are to be derived from within the scale of being. If the primitive and lower is held to be more vital, then it is the true source of power and determination. If the rational and higher is held to be more important, then it becomes the necessary source of power and determination. In either case, causality and creative power are inherently located within the universe, and it becomes necessary to posit "Nature" as the ground of being, source of ultimacy, and "the system of all phenomena in space and time." If God is the Creator, then the system is not "Nature," but God's eternal decree.

To rule out the traditional concept of "Nature" means also to alter the traditional concept of the natural and the supernatural. In terms of the myth, the natural represents the normal life of a self-contained world system, whereas the supernatural is the intrusion of God's activity into that system. But if natural and supernatural events are both equally the activity of the triune God, and both equally His direct activity, then the distinction must be made on other grounds. The Bible does not hesitate to ascribe to God the storms, lightning, thunder, drought, plague, and other natural happenings in the same way that it ascribes the Virgin Birth and other miracles to Him. The Bible makes a vast distinction between the birth of men generally and the birth of Jesus Christ, but the difference is not to be found in locating God in the miracle and ascribing natural births to "nature." Rather, God is equally present in both; both are His direct decree, power, and action. The difference is not in the degree of God's presence or activity, but in the nature of the acts. The natural births represent God's pattern for mankind in its generation, whereas the Virgin Birth represents God's pattern for mankind in its regeneration. The Virgin Birth is unique, but it is still God's pattern or plan in terms of His eternal decree: mankind is miraculously given a new creation in Jesus Christ, and all who are reborn in Him are "born, not of blood, nor of the will of the flesh, nor of the will of man, but of God" (John 1:13).

The introduction of the concept of "Nature" and natural law, derived from Hellenic philosophy, led to a departure from Biblical faith. Natural law spoke of a self-contained system of its own inherent law. One of its products was Deism, which reduced God to the mechanic who merely created "Nature," and now "Nature" functioned independently of God. The next step was to accept the ultimacy of "Nature" and to drop God entirely.

The road to theistic recovery is only possible by a systematic attack on the illegitimate concept of "Nature," which imposes at the very least a screen of being between God and man, and, in its developed form, supplants God with a self-contained universe. "Nature" is a bastard concept and must be dropped.