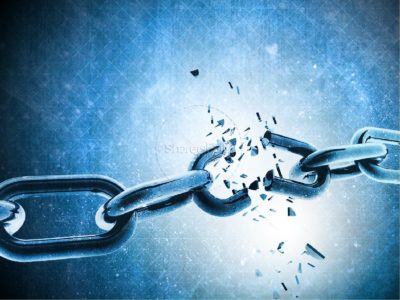 E. W. Hengstenberg long ago saw the meaning of Micah 4:5. He wrote, “The lot of every people corresponds to the nature of their god.” If your god is yourself, or mankind, your authority will be a limited and poor one.

The growing impotence of too many churches is due to the fact that the nature of their god does not resemble that of the Biblical God. Their god is limited, sentimental, and incapable of judgment or true redemp­tion. Their god is small, weak, and ineffectual. He can give advice but no government and deliverance.

To “walk in the name of the Lord our God” means to walk in faith­fulness to His every word. We cannot limit Him by our modern notions of what a “nice” God would do!

It is interesting to note that, in the days of Antiochus Epiphanes, that tyrant forbad the Jews ever to mention the name of God: he feared the invocation in word and action of the name of power. When his rule was overthrown, the Hasmoneans repealed the decree, but the rabbis insisted that the sacred name remain unuttered. Thus, what the Syrian tyrant could not accomplish, the religious leaders did!

To invoke the name of God, the triune God, is to invoke His presence, His law, and His power. From its Anglo-Saxon origin our English word name has always included the meaning “to call or to invoke.” When the apostles healed the sick, they did so “in the name of Jesus Christ.” This was an invocation of Christ’s power by those who were ordained to serve Him and did so faithfully.

Let us look again at Hengstenberg’s statement, “The lot of every people corresponds to the nature of their god.” Because so many false gods govern men in the churches and out of them, we are surrounded by a world of cruel impotence. Wimps are dangerous because they are weak, cowardly, and devious. Thus, we no longer see, as was once com­mon when two boys disagreed, a fair fight between the two of them. Instead, the goal is to gang up on the other when he is alone and you have “friends” to help you. On all sides, we have the viciousness of cowards and wimps. They are their own gods, and their lives reflect that limited and evil nature.

Those who worship and obey the living and triune God are the ones who confront the evils of the world in Christ’s name and are “more than conquerors through him,” their Lord (Rom. 8:37). The church cannot overcome the world, nor can we, but Christ can and will, with us or without us. We will continue a weak and wimpish people as long as our god is other than the living and true God, in whose name, power, and authority we conquer.