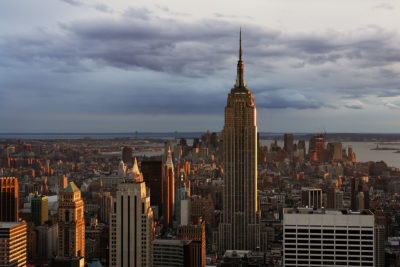 Because the language of the Bible, as well as its imagery, is ancient and sometimes alien to us, we often miss the implications thereof. The builders of the Tower of Babel were honest about their purpose. First, they began the construction of a tower to be the governmental center of the world and a city round about it. Their goal was a united humanity, a one-world new order for all the ages. Second, the tower’s top was “to reach unto heaven,” i.e., to rival and supplant God’s government, law, and control. There was a resentment for the ways of God, and this new order was to signify man’s declaration of independence from God. Man’s own planning and control would provide a humanistic and statist form of predestination to replace God’s. Third, the tower was, we know from archeology, a stepped pyramid. Each successive floor of this world-center building was smaller than the preceding one, until the top story was a single, large room. Each floor represented a degree in the ascent to power in this world order. The Hebrew word used in Genesis 11:4 and translated as name is shem, meaning authority, power-center. In Genesis 9:26–27, Noah blesses Shem as the one through whom authority shall come; the descendants of Canaan will serve Shem, and those of Japheth will dwell in “the tents of Shem,” under his protection. This is one of the early predictions of the Messiah, the Shem or ultimate authority and power. The builders of Babel, by saying, “let us make a name” for ourselves, were saying, let us be our own authority and savior. We do not need God to provide us with His appointed one: we appoint ourselves.

Again and again, from antiquity until now, men have attempted to build their “new world order,” their new Babylons. Not believing in the triune God of Scripture, they believe in man and primarily in themselves. They hope and plan to build a “new world order” which will meet every human need by controlling every facet of life.

It is very important to recognize, whether we view a head of state or a minor bureaucrat, that these people believe that their plans are for mankind’s greatest benefits. It is they who can best provide for the general welfare; indeed, only they can.

As a result, while talking much of freedom, freedom is their enemy. If man is allowed freedom, he may well reject their enlightened rule and authority. Some feel that, for environmental “reason,” the automobile must be outlawed for the “common” man: it gives him too much freedom. George Orwell’s vision of 1984 is rapidly becoming a reality. The changes in the Soviet Union have not hindered the dream of “one-world order”; they may have furthered it by disarming the minds of countless peoples.

Man has two great enemies. First, because of his fallen estate, man the sinner works against himself. “But he that sinneth against me wrongeth his own soul: all they that hate me love death” (Prov. 8:36). Men are usually their own worst enemies but refuse to acknowledge that fact. They are surprised to find that the wages of sin are always death (Rom. 6:23). They somehow expect God to see them as they see themselves!

The second great enemy of man is the modern humanistic state. Its faith is not in God nor God’s law, but in its own authority (shem) and law. But, because it is godless, the state is at enmity with God, and therefore with man. To play god, it must subdue men to itself, and this means waging war against man and man’s freedom. Humanistic taxation is the power to destroy, and it is so used.

St. Paul, in Romans 13:3, makes it clear that the purpose of the state under God is to be “a terror . . . to the evil,” but the “praise” of good men. The term “praise” here means, as John Murray pointed out in The Epistle to the Romans, “The praise could be expressed by saying that good ehavior secures good standing in the state, a status to be cherished and cultivated” (vol. 2, p. 151).

This is hardly true today! The “rights” of criminals exceed those of victims. Prominent politicians and members of Congress usually retire with a very generous pension even after committing crimes, if they are at all forced to retire.

Consider this, in New York City: some twenty armed men enter a Dan’s Supreme Supermarket on Hillsdale Avenue in Queens. They wear bullet-proof vests and are gun-carrying, radio-equipped members of the sheriff’s department. They enter the store and hold the manger hostage until $16,900 is paid in cash for a supposed littering violation. But how can a store control that paper discarded on the sidewalk by passersby? One man, who testified that these “sanitation agents” come to his neighborhood “at least four or five times a day,” testified that one such agent “followed a piece of paper from store to store and gave three stores tickets for the same piece of paper. It took him half an hour to wait for the piece of paper to move from store to store, but he waited.” Meanwhile, the city has cut back on street cleaning! This is all a part of Mayor Dinkin’s new policy. At the same time, the infrastructure of the city decays (Carolyn Lochhead, “Big Apple Takes Bite from Its Own Future,” Insight, September 16, 1991, pp. 26–29).

In varying ways, the same story can be told from coast to coast and around the world. Godly and productive people are the targets of repression, control, taxation, and evil measures, while criminals are less and less punished. The modern humanistic state is at war with its best citizens because they have money which can be taken from them, and because they represent the state’s enemy, the realm of godly freedom. Ungodly freedom, a license to kill by abortion, homosexuality, and now sometimes euthanasia, is treated with statist favor. The new world order is a war against God and against the freedom of godly and responsible citizens.

What will the church today do? Pronounce a blessing on the building of this new Tower of Babel? Keep silent and preach a “spiritual” gospel? Embark on church growth programs that do nothing but add self-satisfied people to the rolls? God’s wrath against every Babylon in history is written in all of Scripture.

The Word of God is clear: “Come out of her, my people, that ye be not partakers of her sins, and that ye receive not of her plagues” (Rev. 18:4). The fall of Babylon the Great in Revelation 18 is portrayed as beginning with a worldwide economic collapse (Rev. 18:11–21). The new Tower of Babel, the “new world order,” will meet the fate of its predecessors over the centuries. Earlier in this century, Hitler proclaimed his “new world order,” with environmental concerns, animal rights, tree rights, and more; and its end we know. The end of the new effort will be no better.

Let the wicked forsake his way, and the unrighteous man his thoughts: and let him return unto the Lord, and he will have mercy upon him; and to our God, for he will abundantly pardon. (Isa. 55:7)