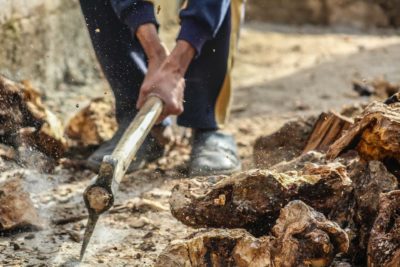 Writing in 1896, in The School of Plato, F. W. Bussell, an Oxford scholar, held that “we are about to inaugurate a regimen of severest coercion” (p. 70). At that time, the twentieth century, soon to begin, was to most the dawn of freedom and science. The world was seeing the decline of tyrannies, the rise of science, dramatic inventions, and the spread of freedom. Bussell, however, saw the end of laissez-faire and the rise of statist controls.

But the future was grimmer than the learned Bussell foresaw. In 1900, Europe and America governed most of the world; the only other power was Japan. Much of the world was either a colony of Europe or to some degree controlled by it. Only one basically non-European empire remained, Ottoman Turkey, known as “the sick man of Europe.” (At that time, Turkish power in Central Europe was very extensive.) The European imperial powers were all expected to become more “democratic.” Kings ruled much of Europe still, but they were sharing their powers increasingly with the people. To read the bound volumes of periodicals of 1899 or 1900 is to see a great confidence in the future of man under freer rule and an advancing science, technology, and capitalism.

Laurence Lafore, in The End of Glory: An Interpretation of the Origins of World War II (1970), saw World War I as an earthquake that cracked the once successful power of the old order. The events that followed were no less shattering, and they provided “graveyards” for the old order.

The old economies were faltering. The unquestioned world leadership of the white man gave way to a very different order. The world supremacy of the Atlantic community gave way to the Pacific, and the center of the world’s economy shifted to the U.S. West Coast, led by California and Alaska, to Japan, Korea, Taiwan, China, Malaysia, Indonesia, Singapore, Australia, New Zealand, etc. The European Community, an effort to counteract this Pacific trend, and perhaps especially to meet the competition of Japan and the United States, tended to create new problems thereby.

Meanwhile, some Americans who spent time in Europe saw much of it as so paganized that a basic Christian missionary movement was needed there. A Christian pastor from Africa told me that America’s black ghettos were terrifying places and perhaps a growing African church might soon send missionaries to the inner city jungles.

What had happened? The West, having forsaken God, was being forsaken by God. While white American students played (and/or demonstrated) their way through colleges and universities, Asian students were supported by family and relatives and rewarded for doing well. The work ethic had left too many Americans.

I asked one man, close to the academic scene, to describe American youth. He answered in one word, “Lawless.” When I asked if that meant no regard for God’s law, he laughed. No, he meant no regard for any law, parental, academic, or otherwise. Basically, they were self-indulgent; the Asians were “unfair” competition; after all, “we’re only young once,” and college should be a happy interlude. They were, clearly, a part of the suicide of the old order.

The story does not end here, however. A growing number of Christians and homeschoolers are dedicated students and are a nucleus for re-Christianization. A network of Christian action and leadership now unites Christians of various races and continents. The Christian future which is emerging is postmodern and deeply rooted. The old political divisions are by-passed, and Christian priorities now govern. The vision now is not American or European but Christian.

One advantage is the intense hostility the Christians community increasingly faces, at least in the United States. Slowly but surely it is compelling Christians to recognize that compromise is suicidal, and that only an unequivocal and consistent Christian faith can stand in a time of testing. Thanks should be offered for the intense hatred expressed by the anti-Christians. It is waking up many to the fact that friendship with the world is enmity to God. We find that many refuse to associate with us lest they be tarred with the same hostility, which is both sad and amusing. There is no escape from testing, and to avoid commitment leads to judgment. Actually, this is a glorious time to be alive because it is a time of battle over the most fundamental issues, not necessarily an easy time, but a good time. Where do you stand? A dying world cannot be a good place to settle in! A century of death for the old order can lead to victory.