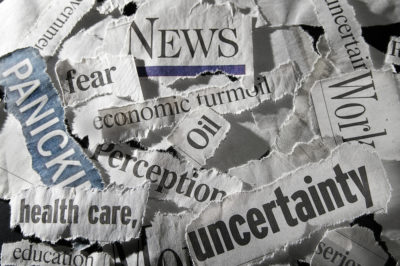 One of the interesting aspects of Reformation history is the widespread emphasis given to the doctrine of providence. In the English-speaking world, the word providence became commonplace in everyday speech: it was a name given to ships, to a city, and the doctrine was very present in the thoughts and words of men. Now the concept is rarely invoked and has become remote to most churchmen.

Its prominence for generations was due to John Calvin’s Institutes of the Christian Religion. Calvin saw the essential link between the doctrines of creation and providence. He wrote, “unless we proceed to his [God’s] providence, we have no correct conception of the meaning of this article, ‘that God is the Creator’” (Institutes, 1.16.1). Calvin insisted on the essential and necessary relationship between creation and providence. The doctrine of creation, when truly understood, means that we recognize that the Creator of all things “is also their perpetual governor and preserver . . . by a particular providence sustaining, nourishing, and providing for everything which he has made.” In fact, “all the parts of the world are quickened by the secret inspiration of God” (ibid.). Providence, Calvin held, cannot be confused with “fortune and fortuitous accidents”:

But whoever has been taught from the mouth of Christ, that the hairs of his head are all numbered (Matt. x. 30), will seek further for a cause, and conclude that all events are by the secret counsel of God . . . every year, month and day, is governed by a new and particular providence of God. (ibid., 1.16.2)

Providence is more than a doctrine: “providence consists in action” by God: it is more than prescience or foreknowledge (ibid., 1.16.5). In fact, Calvin held,

All future things being uncertain to us, we hold them in suspense, as though they might happen either one way or another. Yet this remains a fixed principle in our hearts, that there will be no event which God has not ordained.” (ibid., 1.16.9)

Calvin was not alone in teaching the doctrine of predestination. Medieval scholars, and Luther, consistently affirmed it in various ways. Luther’s On the Bondage of the Will is the great classic on the subject. The doctrine, however, has been most associated with Calvin, not because he stressed it more, but because of the Biblical context he affirmed. God, he held, is the absolute Creator of all things in heaven and on earth, their Maker and their Governor. Having made all things in terms of His sovereign purpose, all things move in terms of His holy decree and will. Providence is a necessary consequence of creation. The Westminster Larger Catechism, Answe 18, tells us, “God’s works of providence are his most holy, wise, and powerful preserving, and governing all his creatures, ordering them, and all their actions, to his glory.” Likewise, creation and providence require the doctrine of predestination. The Westminster Confession of Faith states in part with regard to “God’s Eternal Decree”:

God from all eternity did by the most wise and holy counsel of his own will, freely and unchangeably ordain whatsoever comes to pass; yet so as thereby neither is God the author of sin; nor is violence offered to the will of the creatures, nor is the liberty or contingency of second causes taken away, but rather established.

This means that creationism must recognize that it is radically linked to the doctrines of providence and predestination. If this connection is not made and stressed, then we have Deism, not Biblical creationism. Deism was ready to credit God with starting things, but then God withdrew to allow the cosmos to move ahead or to develop on its own. Deism could grant the presence of God at the beginning, but not thereafter, and, together with its surrender of providence and predestination, there was a drift away from the doctrine of the atonement and redemption. God was thus screened out of the world.

Even in churches that profess to be Biblically sound, where only the historical and scientific facts of creationism are stressed, a theological drift sets in because the seamless garment of doctrine has been rent. We cannot isolate salvation from creation. If God is not the absolute Creator of all things in heaven and on earth, He cannot be the Redeemer thereof because their meaning and purpose are not a part of His ordination and decree, nor totally subject to and dependent on Him.

We are not mindful of the doctrine of providence when we do not see God’s creation and purpose and sovereign decree in all things. By neglecting providence, we neglect God, and we cease to feel and know His total nearness to us in His providential dealings with us. To neglect providence in our thinking is to neglect God, who is closer to us than we are to ourselves, and whose providence is the most marvelous assurance of His grace and mercy. Charles Buck (1771–1815) wrote, “Providence [is] the superintendence and care which God exercises over creation.” He said also,

Nothing can be more clear, from the testimony of Scripture, than that God takes part in all that happens among mankind; Directing and overruling the whole course of events so as to make every one of them answer the designs of his wise and righteous government. We cannot, indeed, conceive of God acting as the governor of the world at all, unless his government were to extend to all the events that happen. It is upon the supposition of a particular providence that worship and prayers to him are founded. All his perfections would be utterly insignificant to us, if they were not exercised, on every occasion, according as the circumstances of his creatures required. The Almighty would then be no more than an unconcerned spectator of the behavior of his subjects, regarding the obedient and the rebellious with an equal eye. (Charles Buck, A Theological Dictionary, p. 502)

Many texts in Scripture, now read as “poetic,” are in fact affirmations of God’s providence. In Psalm 29, for example, we are told of His presence in thunder, in great bodies of water, in earthquakes, in floods, and more: “The Lord sitteth upon the flood; yea, the Lord sitteth King for ever” (Ps. 29:10).

The decline of the doctrine of the providence of God has meant a loss of His nearness and presence at all times. The omnipresent God is ever near us: we dare not be blind to Him. By neglecting the doctrine of providence, we have lost the great certainty of victory in the triune God, a tragic loss.