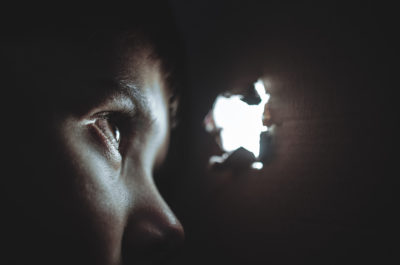 A book advertisement recently stated that its author, a prominent pastor, asks these questions: “Should we demonstrate against the social issues that threaten the moral fiber of our world?” “Should we do everything we can to make our government Christian?” “Should we fight against the secular and humanistic philosophies of our day?” We are told that the author “believed that we have lost sight of our real mission as Christians if we answer ‘Yes’ to any of those questions.” He believes that we have then become a cultist, not a Christian.

This, of course, is alien to our Lord’s commission to, “Heal the sick, cleanse the lepers, raise the dead, cast out devils: freely ye have received, freely give” (Matt. 10:8). In 1 Corinthians 6, we are told to set up courts of arbitration for judgments in terms of God’s law. In Acts, care of the poor began early, and collections for the poor. The early church had homes for the elderly without families, for abandoned children, hospitals to care for all, schools, and so on and on.

The purely spiritual concern our author insists on was the mark of the pagan mystery religions or cults. Generations before the early church had a building for worship, it had a variety of institutions to meet needs.

As a way of meeting these needs in Christ, deacons were created and empowered to minister in Christ’s name. Once a powerful force in all Christendom, the diaconate is in too many cases a nonfunctioning office. Once the shaper of Christian community, the deacon is now peripheral to church and society. They were very early known as the Christian Levites because they were the most actively engaged in the life of the society. Indeed, there are hints that the sacerdos, the presbyters, tried to limit the powers of the deacons, and their ordination to the pastorate, because of their extensive importance. Their part in worship was severely limited. They were tied to severely limited spheres. All the same, their impact on society was great, and the mercy and compassion in Christ which the diaconate manifested was seen as revelatory of the gospel.

Pagan Rome, like other powers, had welfarism as a means of controlling the poor, but no religiously grounded charity which impelled all men. Our present situation is comparable to that of ancient paganism: charity is a good idea, but it is best if the state undertake it. The personal impulse, and theologically grounded faith, that we have an obligation under God to minister to human needs, to bring every area of life under Christ’s dominion and God’s law, and the duty to make God’s earth His Kingdom, all this has been abandoned as the church has retreated into the position of a mystery religion or cult. All the world is surrendered to evil, and only a little corner, the church and the people in it, represent Christ’s domain. How will Christ the King treat a church that hands His world over to His enemies? Is this not doing the enemy’s work for him?

It is amazing how many people there are who actually believe they are holier and purer because they have surrendered one area after another to Christ’s enemies.

But when we turn to the early church, to Justin Martyr, we read: “Those who prosper, and who so wish, contribute each one as much as he chooses to. What is collected is deposited with the president (of the deacons), and he takes care of orphans and widows, and those who are in want on account of sickness or any other cause, and those who are in bonds, and the strangers who are sojourners among us, and briefly, he is the protector of all those in need” (1 Apology, 69, 67.5–6).

The churches today too often seek a cheap pseudo-holiness in “spiritual exercises,” in attendance to meetings, in reading much lightweight “spiritual” books, and so on. The situation in some areas is so bad that to cite Micah 6:8 is seen as almost heresy! (“He hath shown thee, O man, what is good; and what doth the Lord require of thee, but to do justly, and to love mercy, and to walk humbly with thy God?”) What is wrong with that verse? Oh, say these people, this is from the Old Testament, and there is no Christ in it. Well, who gave that word except Christ if you take the Scriptures literally?

Our faith is an intensely practical one. It has given us the best and most free culture the world has known. God knows, Christianity has enemies enough. How sad that its own leaders are now surrendering it.

But the future belongs to God, and to all His faithful ones. Let us stand firmly in terms of our faith, and we shall be more than conquerors in Christ (Rom. 8:37).

Book
An Informed Faith: The Position Papers of R. J. Rushdoony
Book
Atheism of the Early Church, The
External Link