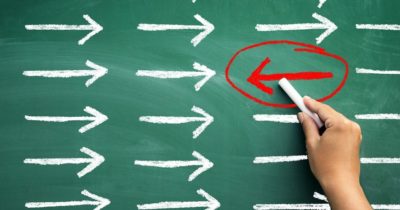 The Marquis de Sade, waging unrelenting war against Christianity, rebelled against the idea of good and rejected it. This rejection became rapidly more and more vocal. Max Stirner, in The Ego and Its Own, expressed contempt for atheists who professed to have rejected Christianity but were still closet Christians because they did not practice incest; the “death of God” for him meant also the death of all ideas of good and evil. Friederich Nietzsche called for living beyond good and evil.

The conflict was not to be between good and evil, but rather, with both good and evil abandoned as false concepts, it was to be between moral and religious standards on the one side, and “freedom” to live in an “objective,” ostensibly nonmoral, realm on the other. Emile Durkheim, in terms of an evolutionary premise, saw the criminal as an evolutionary pioneer breaking new ground for society.

One consequence of this change was that very early in the modern era the criminal became a romantic hero. The thinking which led to Rousseau’s philosophy led in literature to the idealization of the outlaw as one who represented a true state of nature (see Paul Angiolillo, A Criminal as Hero [The Regent Press of Kansas, 1979], pp. 32–33). In the twentieth century, films popularized this idea greatly. Actors like James Cagney played the part of noble criminals warring against a hypocritical and evil society. In time, public sympathy was with convicts as against their guards. In 1989, a prison guard, Michael McLaughlin, with R. S. Dynda and Warren Jamison, wrote an account of prison life in an institution for hardened criminals (Screw: The Truth about Walpole State Prison by the Guard Who Lived It [Far Hills, NJ: New Horizon Press, 1989]). The guards must wear rain gear on their rounds because prisoners, among other things, shower them with urine and feces. In any conflict, politicians, lawyers, and courts side with the criminals. Murder by convicts is routine; guards are regularly wounded; narcotics flourish. So, too, does homosexuality. Mothers would openly copulate with their sons when visiting them, and sisters would pay off a brother’s gambling debts by sexually servicing the creditor. Brutal murderers would regularly get furloughs. At every turn, the criminal was favored, and guards and society became the losers.

What takes place in prison is a paradigm of modern society. The death penalty for murderers is opposed, but unborn babies are murdered. The reversal of standards denies the validity of Biblical morality and favors practices designed to undermine Christianity.

All this should not surprise us. Modern humanism is logical and systematic in the application of its faith in a way that Christians are not. The humanist is a more religious man usually than the Christian, and more dedicated to his faith.

The churchman usually holds his faith lightly, and he does not allow it to interfere with his lifestyle. He expects much from God in exchange for a slight profession of faith. If any Christian leader’s preaching or writing troubles his conscience, he often reacts venomously. His concept of Jesus Christ is of one who gives man various guarantees in return for an occasional “nod to God” and a pittance of giving. Many churchmen are as much, and sometimes more, of a problem to the faith than are its enemies.

The advance of this great reversal of values is expedited by the “conservative” intellectual, churchman or “agnostic.” His perspective is one of a studied rootlessness. He advocates all kinds of “traditional values” without calling attention to their necessary source in Biblical faith. To admit to Christian faith is seen as alien to an intelligent discourse.

The result is a curious one. In the 1920s, an old-fashioned liberal, H. L. Mencken, had a major influence. Mencken, in the name of intellectualism, did little more than attack bitterly Christians and Southerners. (Since Mencken, a curious development has taken place. Southerners who aspire to status as intellectuals routinely damn the South to prove that they are worthy of status.)

Mencken, as an old-fashioned liberal, broke with the New Deal and F. D. Roosevelt. In the 1980s, his fall from liberal grace continued as it became known that he disliked both blacks and Jews!

Mencken’s influence, curiously, is alive and well in conservative circles. Imitation Menckenism gained its first revival in the National Review, then in The American Spectator, and later in Chronicles of Culture. All three are often of great interest; their writers are among the finest, and their issues are usually good reading. Their high quality makes their failure all the more distressing.

They share in a common error: a studied rootlessness. Their thinking is in a vacuum. More than Christianity’s enemies, they simply ignore its existence. The liberal and radical humanists take Christianity seriously and attack it strongly. The latter-day Menckenites act as if it does not exist, or never existed. Some of them are churchmen, but one would never know it to read them.

As a result, their work, often finely honed, witty, and learned, is marked by a curious sterility. By their unwillingness to allow religion into intellectual discourse, they become trivial. Paul Tillich rightly defined religion as “ultimate concern.” The latter-day Menckenites live and think with trivial concerns. They do themselves the gravest injustice, because their studied rootlessness invites a sad description of them: “the intellectual as eunuch.” By ignoring the religious nature of human concerns, they condemn themselves to a life of appearances, to a carefully cultivated irrelevance.

Our liberals and radicals are indeed anti-Christian, but they are religious men, earnest humanists. Too many churchmen are like the Laodiceans described and condemned by our Lord: neither hot nor cold, simply lukewarm (Rev. 3:14–16). And too many conservative intellectuals have become abstracted from reality because of their hostility to the matters of faith; they read sometimes like guests at a Mad Hatter’s tea party.

It is no wonder, then, that a major reversal of morals and standards has long been under way. In the academic world, the disaster is far gone, and a new reign of the dunces prevails. Charles J. Sykes rightly subtitled his ProfScam, “Professors and the Demise of Higher Education” (Regnery Gateway, 1988).

Those who believe that an imaginary pendulum will restore moral standards are assuming that a naturalistic and mechanical factor is always at work. This belief is itself an evidence of the breakdown of standards! Restoration comes through God’s judgment and grace, and man’s faith and work. It begins in us and with us. We put our lives, our faith, our time, and our money on the line. There is no other way. The belief in a mechanical adjustment by a “pendulum” is to believe in a modern fairy tale. Civilizations have routinely perished and disappeared. No society can have standards when men lack them in all their being. Such a society does have a peace — in the grave.

Our Lord and His law-word have been treated with contempt by our culture. God will surely deal with all such men and nations. How will He deal with us?