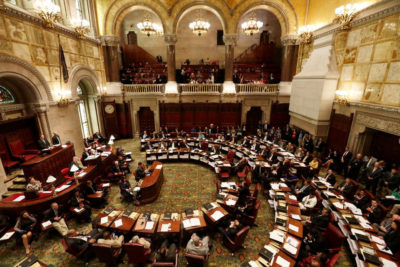 In recent years, in one country after another, state courts have granted to individuals so desiring it the “right” to practice abortion medically or to abort one’s own child. The rhetoric of pro-abortion forces has strongly emphasized the aspect of personal choice and personal liberty. This note has greatly appealed to libertarians also, who have therefore readily echoed the pro-abortion language of “liberals” and leftists. Some conservatives too have been agreeable to abortion on the same premise, that personal choice is the higher good, whatever else may be in consideration.

Ironically, this assumption is a particularly vulnerable one. Abortion strikes at the Christian premise that God’s law-word alone sets the rules whereby life can be taken, and abortion has no place in the law of God. The most obvious fact about abortion is that it is a “personal choice and freedom” established by statist courts or by acts of statist legislators.

The state by granting to individuals the “right” of abortion, and the “right to euthanasia” or “mercy killings,” is thereby asserting the prior “right” of the state over both God and man to take human life. Instead of conferring a new freedom on man, the state is taking away freedom from man. The life of man under God is sacrosanct from conception until death. Man can only take human life under very restricted circumstances, essentially for capital crimes as specified by God’s law, in self-defense, and in warfare. Wherever the state or man goes beyond God’s law, it establishes a man or the state as lord or sovereign over life. The right to exist then becomes a grant from the state, which has then also the “right” to kill man at will.

Marxist states have been ready to grant the “right” to abortion when they choose, but all the while have maintained for themselves the “right” to take human life whenever it serves the purposes of the state. Socialism and slave labor and death camps have become synonymous.

To allow to the state one iota of power not permitted by God’s law is to diminish man’s freedom under God. To permit the state to legitimate abortion is to grant to the state the power to take over our lives at the will of the state. Abortion decisions and laws have done two things: first, they have made legal the “right” of persons to kill human life. Second, the state now has a freedom from God’s law to take human life at will.

Every power the state gains it uses. As a result, we have now a third factor, and Dr. Charles Rice, a professor of law, has pointed out: the state now, according to the courts, can define what constitutes a person. The definition of a person is no longer theological or even medical: it is civil and legal. We can be declared non-persons by the state or its courts and denied life.

The “right” of abortion thus does not expand personal choice or freedom: it severely restricts it because it establishes the prior “right” of the state to permit or to deny the right to life at will. Such a step, the legalization of abortion, is the beginning of the death of freedom and of man.