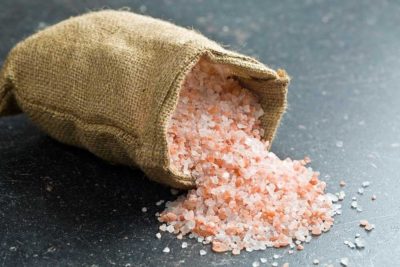 Early in 1996, an incident occurred which opened my eyes to a sad fact. About six or eight of our Chalcedon fellowship were eating together at a restaurant. We began with prayer as usual. (If the place is too noisy, we have silent prayer.) When we finished praying, a man at another table came over to thank us for praying! I suddenly realized that I could not recall when I last saw other people praying at a restaurant, and it distressed me.

Our Lord, in Matthew 5:13-14, requires us to be the salt of the earth and the light of the world. The use of salt over the centuries has been primarily as a preservative, to keep food usable prior to refrigeration’s invention. In my lifetime, as a boy, our cellar had crocks which kept fish and cheese in a brine. Later, on the Indian Reservation, I preserved trout and beef in the same way. We are required by Our Lord to keep the world from radical corruption by being salt, while we strive to bring men and nations to Christ by being light to the world.

The early church recognized this duty and created the diaconate to care for widows, orphans, the needy, and more; Christian schooling; courts of arbitration and settlement (1 Cor. 6:lff.); and much, much more. In 1592, a letter from the early church was published; the author was unknown, and Diognetus, to whom the letter was addressed, was also unknown. The writer referred to himself as “a disciple of the apostles,” and he speaks of Christianity as being a new thing in the world. In Chap. V of the letter, the writer describes the Christians as the abused but preserving power among the peoples. In Chap. VI, we are told that Christians are the soul of the world, i.e., “what the soul is in the body, that are Christians in the world,” its life-giving power.

The soul is imprisoned in the body, yet preserves that very body; and Christians are confined in the world as a prison, and yet they are the preservers of the world.1

This, then, is the designated purpose of the Christian in the world according to Christ the Redeemer-King. If the Christian fails in this task, corruption will take over the world and make of it another Sodom and Gomorrah.

In 1996, the United States has millions of evangelical Christians. Those over 18 in age who said that they were born again and believe the Bible from cover to cover had grown to c. 91 million persons, very much more than the numbers of 1968. In the years since 1968, abortion and homosexuality have been legalized, and euthanasia virtually so. The impotence of these church peoples is startling. If they do not have “courage” to pray in public, how can they be the salt of the earth, or any light to it? If they neither practice nor affirm God’s law, of what good are they but to be cast out and trodden under foot of man? (Matt. 5:13)

The world has always had its share of sin, but now crimes are like a tidal wave. A few articles from one newspaper will illustrate this. The chairwoman of a county housing authority was being forced out of office because of a “decade-old conviction for embezzlement of federal housing money.”2 On the night of July 21, 1995, seven teenagers roamed the streets of Stockton, it was alleged, looking for a prostitute to gang-rape and kill, torturing her in the process.3 A high school social studies teacher in Sacramento, age 38, is alleged to have murdered his wife and left her body with the two terrified children for weeks while he fled.4

More such accounts can be cited. True, vicious crimes have always occurred, but earlier in this century, such crimes were not commonplace, and now they are. Christians have ceased to be salt and light in too many cases. It has been said that, after World War II, homosexuals came out of the closet, and Christians retreated into it.

Christians are called to dominion (Gen. 1:26-28). The creation or dominion mandate has not become obsolete but more relevant than ever. But the church has been turned into a convent into which tender souls flee from the world, to await either the rapture or the sad end of the world, depending on what they believe. Will the Lord want such cowardly souls who dare not even pray in public?

The law is God’s plan for victory and dominion. The law is the expression of God’s nature and being: it sets forth His righteousness or justice. To reject God’s law is to reject God and to worship an idol made out of our own imagination. We may use Biblical materials to create our idol, (“God is love”), but it is still an idol. The living God is all that He declares Himself to be in His word, no less and no more than He is.