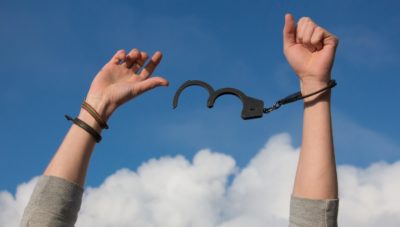 It is a misunderstanding of Satan to see him as someone trying to lead people into fornication or adultery, or into cheating, stealing, and like sins. Fallen mankind needs little help to do those things! Of course, it is convenient for mankind to have someone to blame, to say, “The Devil made me do it!”

We are told in John 8:44 by Jesus that the Devil is the father of lies, that he was a murderer from the beginning, and that there is no truth in him. What this means is that by his lie (Gen. 3:5), he brought death into the world. His denial of truth is his denial of God, and his great lie is that man can be his own god, law, and lawmaker (Gen. 3:5).

“Ye shall be as gods” is the great lie: every man as his own god will be beyond God’s law and be his own source of law. There is, Satan held, no inherent necessity in God’s law; every man can establish his own value system. God’s law is therefore suspect. In the temptation in the wilderness, Satan challenged Jesus three times, holding that God’s system of justice, law, and morality is defective. In the first temptation, Satan said, “command that these stones be made bread” (Matt. 4:3). With the world’s food problems, how can a just God ask for morality when the urgent problem is economic need? By a miracle, solve the problem of hunger, and you will then be man’s savior. The second temptation was to make faith unnecessary by a miracle that would automatically compel acceptance. To ask faith of men is to ask too much, Satan held, given the complexities of life. The third temptation was to recognize the righteousness of Satan’s rebellion and to acknowledge that his way is better for men than God’s, and more realistic.

We see this clearly in the temptation of Job. Satan’s argument against Job as a moral man is that God blesses him for his faithfulness. “Hast thou not made an hedge about him,” and blessed and protected him? (Job 1:10). If God smites Job, he will see how shallow such a morality is.

What Satan was championing was every man as his own god and as his own moral law. Instead of rewards and punishments, heaven and hell, let virtue, however men define it, be its own reward. Satan was a good humanist who believed that men should make their own laws, live by them, and be free of any “alien” or “outside” law and judgment. In other words, man can be his own universe of law, life, and morality.

If Satan were to reappear to expound his gospel, he might well be honored by some international prize, or rich foundation grants, to promote his message. After all, his faith offers an equal opportunity for everyone to be his own god, and what can be more egalitarian than that? Satan’s gospel is very much in tune with the times in its doctrine of victimhood, in that he sees all men as victims of a harsh, uncompromising God whose law is radically divisive, and whose gospel divides men into the saved and the lost. John Dewey, in A Common Faith, saw Christianity as radically antidemocratic because of its total commitment to this moral and religious division.

Of course, many churches already advocate this philosophy of Satan, so the battle in the churches is far advanced.

Satan’s position is one of self-righteousness, which means self-determined as truly just. All men will be just if each man decides for himself what justice is. Ultimately, this means that every man will in time redefine everything so that every man becomes his own dictionary, his own standard of definition. This will make communication impossible, and the world will become hell on earth, a place without communication, where every man is his own god and universe.

Happily, Satan does not create nor define reality: God does. Therefore, life is a prelude to heaven and not to hell, and the people of the lie die with their lie.