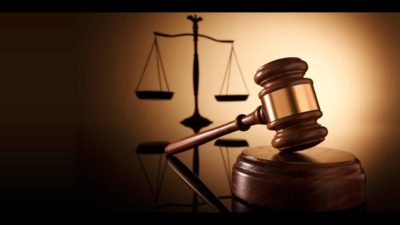 Sensible thinking becomes a rare thing in an age like ours, when men are determined to reject God at every turn. For an example of illogic, consider this comment by Larry Kramer, in his Reports from the Holocaust: The Making of an AIDS Activist. He wrote, “The AIDS pandemic is the fault of the white, middle-class majority. AIDS is here because the straight world would not grant equal rights to gay people.”

Certainly, where theonomy is concerned, a like illogic prevails. After all, law is simply legalized morality and its procedural premises, and all morality expresses some kind of religious faith. “Thou shalt not kill” is not a universal moral law; the Marquis de Sade’s radical intellectual challenge to it was not unique; in practice, many cultures had in part preceded in this. In this century, Walter Kaufmann held that guilt and innocence are ideas which presuppose Biblical faith and law and are therefore invalid in our day and age. If there is no God, why should there be any morality? Are we not, then, beyond good and evil?

Of course, most people refuse to be so logical. They want some kind of law because they want safety. To believe that laws in and of themselves can give us safety is a dangerous illusion. Lawless men, as their numbers increase, become the ruling force, and no law can restrain them.

People, however, insist on some kind of law to “protect” them, but what kind of law? The source of law is a key concern. Laws can be created by majority rule (but what if the majority of men are evil?) or by legislators (but we have seen what legislators too often are), or by dictators (and who wants to trust his life and property to a dictator’s will?). If our laws do not come from God, then they come from some man, or some group of men. Can we trust men? Few things could be more foolish.

Basically, our choice as lawgiver is either God or man. If we reject God as lawgiver, we have rejected Him as our sovereign, our ruler. The first edition of the Encyclopedia Britannica, 1771, defined law thus: “The command of the sovereign power, containing a common rule of life for the subjects.” The law a person recognizes as his law tells us who his king is, God or man. Today, the god of the peoples, and of the churches, is too often man, not the triune God. We are rebels against the true king when we set aside His law. False laws are a recipe for lawlessness and anarchy, and we are gaining a growing measure of both.

The matter is a simple one: Who is your god, your king? If you deny God’s law, you declare of His Son, and therefore of the Father, that they are not sovereign over their own creation. You in effect choose another god. Law always has a theological foundation, but its god may be other than the God of Scripture. When Biblical law is forsaken, justice goes out of that society.

Justice is the administration of that which is right; it is a moral concept. If we look to political, majoritarian, elitist, pragmatic, or like sources for our idea of justice, we destroy it because it is no longer a moral premise above and beyond the human order, but a product of it. We then vindicate Marx’s belief that “justice” is merely the idea of a class in society whereby power can be established over others.

Some look to “natural law,” an ambiguous concept. Medieval thinkers often meant by it the law of God written in Scripture, and the law of God ruling over nature. With the Enlightenment, this idea was converted into a law inherent in nature, a very different doctrine. Nature being fallen cannot be normative.

When we deny God’s enscriptured law, we then enthrone human and institutional opinions, and we nullify the moral authority of law, and we erode the doctrine of justice.

Whenever antinomian doctrines have triumphed, as in the nineteenth century, groups which brought forth also new eschatological doctrines and rapturism, so too immoralism has flourished. One cannot deny God’s law without moral consequences.

The New Testament church saw the law of God as fully valid. Paul took a Nazirite vow (Acts 21:15–26). Failure to abide by God’s law meant one was “uncircumcised in heart and ears” (Acts 7:51). As Gerard S. Sloyan wrote, “In summary, all the Christians of the apostolic age assumed that the whole Law had to be observed” (p. 171). Sloyan also pointed out that the Wellhausen shift from “law” to “spirit” had an evolutionary bias (p. 27).

Harold J. Brokke pointed out, “Where there is government, there is law” (The Law is Holy, p. 16). The question is thus, whose government? We are inevitably under some kind of government and law, but the question is, whose government, and whose law? The choice is between God and man. Too many churches, either by their modernism or by their antinomianism, have as surely rejected Christ as did Pilate and the Sanhedrin of that day.

When Charles I of England ordered all clergymen to read his royal law bidding people to return to their Sunday sports, many refused to read it. One man, however, read it and then added, “Remember the Sabbath day, to keep it holy. Brethren, I have laid before you the commandment of your king and the commandment of your God. I leave it to you to judge which of the two ought rather to be observed” (p. 71).