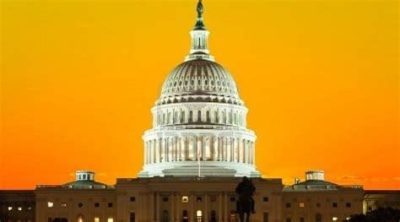 To neglect history is a dangerous thing, because for modern man history and time have replaced eternity as the arena of full determination. This has meant that predestination has been transferred from God to the state. The state gained primarily in the minds of men in the nineteenth century, and Hegel’s idea of the state as the embodiment of morality began to command man’s mind (Georg G. Iggers, “The Dissolution of German Historicism,” in Richard Herr and Harold T. Parker, eds., Ideas in History [1965], pp. 292–293). However much confusion this concept may spawn in intellectual circles, it has not been really displaced, and it still commands politics. For Hegel, the state embodies the current status of the Geist, or the developing Spirit of the world, and, as such, it expresses the truth for the time and embodies the moral imperatives for the day. Modern politics seeks to use the state as the moral voice of humanity and to bring about humanity’s advancement by the state’s moral action.

In Biblical religion, the prophets of God confronted the kings and priests with God’s law; God defined morality, and God judged kings and priests for their departure from His law-word. In the new perspective, the politician discreetly challenges the people and the clergy to match its vision for humanity’s progress. The locale of Sinai has shifted, and also the lawgiver.

In The Social Contract, Jean-Jacques Rousseau had written, “It would take gods to give laws to men.” He said gods, not God, and the new gods were soon vocal enough in the French Revolution. The voice of God was now the voice of the people. Morality thus was beginning to be a statist, not a theological, product.

At the same time, another strand of Enlightenment thought was moving towards a related goal. Condorcet’s hope was in science and in rationality. For him, measurement is our best source of knowledge, and the scientist the most qualified of men. Karl Marx wanted scientific socialism, which meant expert men ruling for the workers of the world. The power to rule was being transferred from God to the state’s experts, and, logically, vast bureaucracies have arisen to supplant the elected rulers.

The medieval era was not interested in utopias, but, for the Renaissance, not the City of God, but a man-made City of Man, a utopia, offered the greatest hope. At the heart of the utopian dream was the will of a self-styled elite minority to impose its ideal commonwealth on the majority.

In the process, a major shift in thinking occurred. For Christianity, man’s problem is sin, his willful want of conformity to the law of God. It is anomia, lawlessness, or, an anti-law mentality. For the utopian, instead of sin, ignorance is the problem, to be remedied by statist education, so that man might reach his human potential. For the utopian, for the humanist, man’s ignorance is heightened by the ostensibly false teachings of orthodox Christianity. This has meant removing education from the hands of the Christians into the hands of the state, where supposedly true education and true morality will flourish.

Even back in the seventeenth century, there were humanistic thinkers calling for a society dedicated to liberty, equality, and fraternity. History was to demonstrate that this liberty was to be from God and the church, not from the state. As for fraternity, it had to be on humanistic, not Christian, terms. Equality meant an equal status as slaves of the state.

Fraternity in some societies has come to mean living in communal housing under the most wretched circumstances. Because the state’s purpose is by definition moral, the failure of collective housing is due to the failure and rebellion of the individuals in such units. The state’s goals are by definition rational, whereas, it is held, Christianity is irrational and thus the great enemy of the modern moral state.

We thus have a major battle before us, with the rational, scientific socialist (or fascist) state confronting Christianity as the implicit roadblock to the triumph of man. Those who fail to recognize this conflict will be the victims of it.