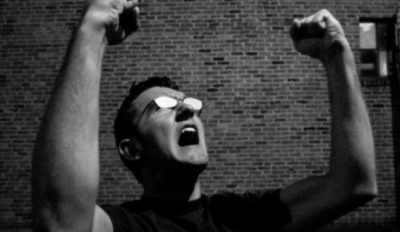 An important fact of the current American scene is the tax revolt, primarily directed against the U.S. federal government. No one knows how many people are involved in this, but the numbers are considerable. While not at all in agreement with this movement, I must add that it has in its ranks some of the finest and most dedicated men in the country. They recognize clearly the growing power of the state, the onset of totalitarianism, and the awesome waste of tax funds. For fifty years, the policy of “tax and spend” has governed both parties. Their occasional good resolutions when out of office turn into forgotten rhetoric when in office. The evil is clearly there. Writers like columnist Donald Lambro, in such books as Washington: City of Scandals (1984), document the prodigal waste of funds by Congress. As against critics who decry this waste, both parties excuse their actions by citing the needs of the poor, when in reality much of the money goes to enrich the rich even more.

We must remember, however, that Scripture gives no room for tax revolt. Judea, in our Lord’s day, was deeply involved in a tax rebellion against Rome. In one instance, tax money was demanded of Jesus, who made clear His immunity from taxation as the Son of God the King, but, at the same time, He instructed Peter to pay it by means of a miracle (Matt. 17:24–27).

On another occasion, spies, and a “trick” question, were used in an attempt to trap Jesus. In that day, anyone opposing the tax revolt lost popular support, and was regarded as a tool or servant of Rome by the people. On the other hand, if a well-known person advocated the tax revolt, his arrest quickly followed. The question asked of Jesus was, “Is it lawful for us to give tribute to Caesar, or no?” To answer, “yes,” would mean the contempt of most Jews; to answer, “no,” would mean arrest and prison. Our Lord called attention to Caesar’s image and superscription on the coin, and said, “Render therefore unto Caesar the things which be Caesar’s, and unto God the things which be God’s” (Luke 20:20–26).

The meaning was clear: the coin witnessed to the fact that Caesar provided them with coinage, military protection, courts, law, public works, roads, and more. By their sins, they had made Caesar their lord or sovereign. However, if they would render to God what God requires, in full obedience to His law, then God would again be their Lord. In other words, the tax revolt was the wrong answer; it did not alter the moral and religious fact of their apostasy. They invoked the name of the Lord, as churchmen do today, but they did not obey His law-word.

Charles Adams, in Fight, Flight, Fraud: The Story of Taxation (1982), gives us an excellent survey of the history of taxation. Even more, he sees the heart of the matter clearly, stating, “taxing power is the guts of sovereignty” (p. 125). This is the key fact. Whomsoever we make our sovereign has then the right to tax us: taxation is the prerogative of sovereignty. Today, the state is man’s sovereign; it is Hegel’s god walking in history, and hence it has unlimited powers, because a sovereign cannot be bound or controlled by any law.

According to Scripture, God is our lord or sovereign. The most common term applied to God the Father in the Old Testament is “Lord,” and in the New Testament, “Lord” is the most used term for Jesus. The triune God is our creator (Gen. 1:1–31). Therefore, “The earth is the Lord’s, and the fullness thereof; the world, and they that dwell therein” (Ps. 24:1). It is God the Lord who therefore allots funds to church and state alike. Civil government is limited to half a shekel for all males eighteen years and older (Exod. 30:10–16) to provide an “atonement” or civil protection or covering for them. For worship, one-tenth of the tithe, or 1 percent of a man’s increase, was provided (Num. 18:24–26). The Levites were to use the rest of the tithe for education (Deut. 33:10) and a variety of other societal services. Thus, clearly, God does not allow in His law for any centers of power in church or state. Both are to be small institutions, the one a ministry or diaconate for civil protection, the other a ministry of grace (Rom. 13:1ff.).

When the problem of a power state develops, the key is not rebellion but obedience to God the Lord. All things are under the government and the providence of God. We are in our present predicament because of our disobedience to the Almighty.

Remember, the major tax revolt is not against the modern state: it is against God. It is significant, too, that God’s law makes no provision for the enforcement of the tithe by man. Neither church nor state have the power to require the tithe of us, nor to tell us where it should be allocated, i.e., whether to Christian schools or colleges, educational foundations, missions, charities, or anything else. The tithe is to the Lord.

The fact is clear that man cannot impose rules to govern God’s tax, nor require it of us. God, however, can enforce this law in His own way, and does. In Malachi 3:8–12, God tells us certain things about His tax. First, failure to pay it means robbing Him, robbing God! God expects not only tithes from us, but also offerings, i.e., gifts above and beyond the tithe. Second, failure to pay God His tax means that we shall be under a curse. This curse will affect us in the realm of nature, in the realm of civil government, and in every other sphere of life. In other words, in Malachi’s plain terms, God takes a tax revolt against Him far more seriously than the U.S. Internal Revenue Service does in cases of tax revolts against it. And God has far more efficient powers of enforcement! Third, God declares that His powers to bless us for paying His tax far exceed anything we imagine. It is the promise of life.

All God’s laws carry with them curses and blessings (Deut. 28). The first promise in this regard, i.e., first in importance, concerns the family: “Honour thy father and thy mother: that thy days may be long upon the land which the Lord thy God giveth thee” (Exod. 20:12). In Ephesians 6:2–3, Paul stresses the life-giving fact of obedience to this commandment. The tithe is one of these life-giving laws when obeyed.

This means that men and nations cannot expect God’s blessing when they neglect His tax and laws. Why should God bless a people who disobey Him, are engaged in a tax revolt against Him, and who insist on declaring that His law has been done away with? It was because God’s law is so important and unchanging that only the vicarious sacrifice of the Son of God could make atonement for us. Is the law now a trifle? Some insist that we are no longer under such laws as, “Thou shalt not commit adultery . . . steal . . . kill . . . bear false witness,” and so on, only under grace. Granted that these are extreme antinomians, but what grace is there in any neglect of God’s law, of any disregard for it? Remember, our Lord declares, “Whosoever therefore shall break one of these least commandments, and shall teach men so, he shall be called the least in the kingdom of heaven” (Matt. 5:19). Did our Lord change His mind about this after the resurrection? If so, He neglected to say so!

The tax revolt against the U.S. federal government is thus really a small matter. It will not affect the fundamental course of things, nor stop the growing totalitarianism. The key problem is the tax and law revolt against God. You can be sure that He does not take it lightly.

Book
Tithing and Dominion
Book
In His Service: The Christian Calling to Charity
Book
An Informed Faith: The Position Papers of R. J. Rushdoony
External Link