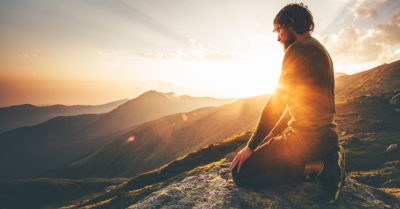 When our Lord says, “Blessed are the pure in heart: for they shall see God” (Matt. 5:8), it is important for us to know what He means by pure. There are three words used in the Greek New Testament which are translated as pure. The first is hagnos, as in Paul’s words to Timothy: “Keep thyself pure” (1 Timothy 5:22). The word is related to hagios, holy, and it has the same connotation. To be pure in this sense is to be holy, to be set apart from sin and the contamination of sin. This is not the usage in this Beatitude, although it is an important word in the New Testament.

Second, pure is a translation of heilikrines, as in 2 Peter 3:1: “This second epistle, beloved, I now write unto you; in both which I stir up your pure minds by way of remembrance.” This word means an unalloyed, unmixed moral character. It has reference to integrity. This is not the word used in the Beatitude.

Katharos is in the English as catharsis; it means a radical purging or cleansing. In the Greek, it means both physical and moral cleansing or purity. Both meanings were common in Greek usage. The Septuagint used katharos for both ritual purity and moral purity. To be impure in the Old Testament is to be unclean. Impurity is thus a matter of morality, health, and diet (unclean meats). The clean or pure are those who are cleansed in all their being. Purity and purification mean a moral and physical cleansing. Very clearly, however, the cleansing could not be merely physical. Our Lord attacks this superficial view of purity:

25. Woe unto you, scribes and Pharisees, hypocrites! for ye make clean the outside of the cup and of the platter, but within they are full of extortion and excess.

26. Thou blind Pharisee, cleanse first that which is within the cup and platter, that the outside of them may be clean also.

27. Woe unto you, scribes and Pharisees, hypocrites! For ye are like unto whited sepulchres, which indeed appear beautiful outward, but are within full of dead men’s bones, and of all uncleanness. (Matt. 23:25–27)

Our Lord requires a total purity; hypocrisy presents a clean exterior as a cover for an unclean interior. He therefore ate with publicans and sinners, who were regarded as unclean, because with them an inner cleansing was at work, and a true purity in view (Mark 2:13–17). The Pharisees had made ceremonial and outward cleansing more important than an inner cleansing. Paul contrasts the circumcision of the heart with the merely outer circumcision in Phil. 3:3 and Col. 2:11; Moses long before called for the circumcision of the heart in Deut. 10:16 and 30:6.

This purification or cleansing is only possible for man by the blood of Jesus Christ (1 John 1:7, 9). Our Lord says that it is His sovereign word which cleanses us (John 15:3); as king and priest, He has the power to make us whole and to pronounce the word of absolution. This purification is only possible through His blood, and forgiveness is linked to this act of cleansing (Heb. 9:22). In its several forms as a verb, katharos is very common to the New Testament.

Both the Old and New Testaments see several sins as particularly serious forms of impurity. The reason for this is that, in a radical way, sexual sins defile both the mind and the body, whereas true sexual virtue means a cleansing of both mind and body in terms of faithfulness to God and His covenant law-word.

Returning to the Beatitude, when our Lord says, “Blessed are the pure in heart” (Matt. 5:8), He is saying that all of those who, in the heart of their being, at the core and in the manifestation of their life are cleansed shall see God because they are blessed. Two things are important here. First, they are blessed. They have knelt and submitted themselves totally to God; they are faithful and obedient to Him, because they have been cleansed by the blood of Jesus Christ.

Purity in any other form is a myth, as far as man is concerned. The inscription on the temple of Asclepius at Epidaurus read: “Let only the pure cross the threshold of the fragrant temple: and no one is pure, save he who has holy thoughts.”1 But what fallen man can be pure in heart? Maclaren rightly called attention to the futility of all non-Christian appeals for purity: “What would be the use of saying to a man lying on a battlefield sore wounded, and with both legs shot off, ‘If you will only get up and run, you will be safe?’”2

Purity comes only when we are blessed of God, and we in turn bless Him; we bow before Him, we prostrate ourselves at His presence, in total submission.

Second, “they shall see God.” How shall a man see God? The vision of God is the vision of the Son of God. According to John 14:8–9,

8. Philip saith unto him, Lord, shew us the Father, and it sufficeth us.

9. Jesus saith unto him, Have I been so long time with you, and yet hast thou not known me, Philip? he that hath seen me hath seen the Father; and how sayest thou then, Shew us the Father?

We are also told, “No man hath seen God at any time; the only begotten Son, which is in the bosom of the Father, he hath declared him” (John 1:18). The direct vision of God has long been a mystical quest and pretension. The idea of such a vision is a presumptuous and staggering one. God, who is greater than all creation, infinite, omnipotent, omniscient, and eternal, is also declared by His own word to be invisible. According to Colossians 1:15, He is “the invisible God.” He is “the King eternal, immortal, invisible, the only wise God” (1 Tim. 1:17). Man is a creature, and he is not able to comprehend nor to see, with his limited abilities, God in Himself.

The vision of God thus begins with knowing Jesus Christ. To know Him means first of all to be known by Him. “Ye have not chosen me, but I have chosen you, and ordained you, that ye should go and bring forth fruit, and that your fruit should remain: that whatsoever ye shall ask of the Father in my name, he may give it you” (John 15:16). We know and love Him, because He first knew and loved us (1 John 4:19).

Second, to know Him is to bear fruit unto Him. Hence the very practical emphasis of the Sermon on the Mount is on results, on fruit-bearing (Matt. 7:16–23). The vision of God requires the service of God according to His law-word. We know those who belong to the Lord by their works (James 2:26), and those who manifest faithfulness manifest also their vision of God.