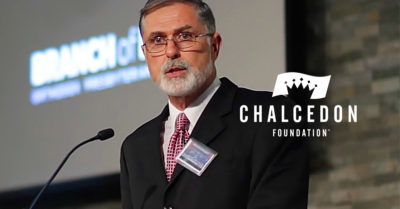 The need thus is for a new upper class, a segment of society dedicated to a future orientation governed by Biblical faith. ~ R. J. Rushdoony (Roots of Reconstruction, p. 717)

Is our world going off the rails? A simple glance at the news headlines on any given day and it would lead one to think so. In politics, entertainment, industry, finance, education, or culture, we are witnessing a moral and social erosion in the West, and the question on the mind of most Christians is, “What’s next?”

Will there be a revival that sweeps the nation? Will the current populism eventually give way to global government? Will the monetary system fail and our cities and towns become more dangerous? What about the rapture? Is there any chance of a return of the Religious Right?

Some Christians are surely hoping for a soon-coming rapture while others are syncretizing their faith with the present changes in the culture. The old saying goes, “If you can’t beat ‘em, join ‘em,” so the talking points of the social justice warriors are now the talking points of churches, and church leaders see this as being relevant when in reality they’re out of step with God and His Kingdom.

The essence of walking by faith is that we do not walk by sight, which means our eyes must be set squarely on Christ and His Kingdom, and not the turbulent waves of the world system. To focus on fallen man leads to a fear of man, and this leads to a compromised church seeking relevance on man’s terms.

This also leads to short-term thinking where Christians are acting in response to cultural trends for immediate victories instead of focusing on the long-term mission of advancing God’s Kingdom. My father often referred to short-term thinking as being “lower class,” and this meant far more than an economic status. What made one lower class was the lack of a future orientation. My father wrote:

This lower-class mind has been some years in the making; it will take time and effort to shape a new mentality. It is necessary to work, therefore, while there is still time. The cause is recapitalization and reconstruction. (Roots, p. 718)

The recapitalization is accomplished through Christian education in order to create a new upper class whose orientation is towards a Christian future. My father saw this as the aim of this ministry:

The purpose of Chalcedon is to further the thinking and scholarship of a new upper class, a people geared to the future and dedicated to godly reconstruction. (ibid., p. 717).

The Long-Term Mission of Christian Education

The capital that needs restoration is faith and character, and that can only be developed by Christian education at every level. Whether it’s instructing our children at home, teaching in our pulpits, or proclaiming the message of Christian Reconstruction to the world, our primary responsibility is “to shape a new mentality” in Christians.

We understand that we’re promoting Christian responsibility, and that can be a hard sell to today’s Christian—especially when the fruits of our work for Christ are not seen in our lifetime. Still, tremendous progress has been made since Chalcedon’s founding in 1965, and this must continue for as long as God wills it.

In my father’s first Chalcedon Report, he wrote that humanism could not “be defeated by short-sighted people who want victory today or tomorrow and are unwilling to support the long-term battle.” This is still the truth today, and it’s the reason why I need you to stand with Chalcedon now.

There is so much more to accomplish, and I’m excited about the opportunities awaiting us this year. More outreach, more publications, more teaching. Person by person we are reaching and teaching many with the message of Christian Reconstruction, but I believe we must do more.

I believe that what we accomplished in Christian schools and homeschooling can be applied to other areas of life. We must use God’s tithe to establish new institutions, churches, schools, and charitable agencies that serve as alternatives to humanistic rule. What’s needed now is faith and action!

If you share this vision, would you then prayerfully consider sending your most generous tax-deductible gift to Chalcedon today? I can tell you honestly that our financial needs are great right now, and may I be so bold as to say that we cannot allow the Chalcedon Foundation to shrink back in its efforts. The opportunities to proclaim our message are increasing, and I believe more and more of our fellow Christians are opening their minds to the message of Christian Reconstruction.

We need to train a new upper class dedicated to a future orientation governed by Biblical faith. This is Chalcedon’s mission, and we need your financial support.