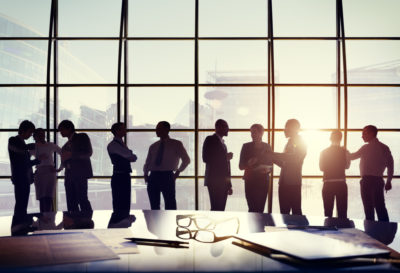 In this century, this has steadily become reversed. In part, this is due to the democratization which Alexis de Tocqueville feared would subvert Western civilization and lead to a barbarization of society.

But this is not all. There are other factors which are far more important which have been at work. There is a very clear religious dimension here which we must never overlook. The Bible is clear that wealth brings with it responsibilities. Our Lord sums up the meaning of the law and the prophets in these words: "For unto whomsoever much is given, of him shall be much required: and to whom men have committed much, of him they will ask the more" (Luke 12:48). The history of Western civilization and Christendom cannot be written apart from these words. Both the medieval church, and the Reformation churches, have unleashed vast sums of giving by their insistence on the duties of all who prosper, whether little or much, towards others. In every part of the world, such Christian giving has made an impact unequalled in all of history. It warps history to make no note of this fact.

In recent years, however, some signs of change are readily apparent. The patronage of the arts is an obvious realm in which the difference appears. The ultra-modern, avant garde art, really pretentious junk art, has a patronage perhaps unequalled in history. To gain respectability, our corporations great and small buy such junk art for their office and corridor walls, and to store in their warehouses. The corporations are the mainstay of the various purveyors of junk art. At the same time, television has on its "public" channels all kinds of programs financed by corporations.

Two things can be said. First, all such funding, including much funding of the Left, wins no friends for the corporations. Their money is taken, and they continue to be reviled. They in effect finance their own condemnation. Second, the corporations are careful to give little or nothing to Christian churches and agencies which are evangelical or reformed. Except for a few men, they act as though some kind of sin against society would be committed by such a gift. Some executives justify this, saying, our shareholders are not all Christian, so it would mean problems if we gave such gifts. But many of their shareholders are Christians: does their stand and faith count for nothing? Moreover, how many of their shareholders would favor their gifts to leftist causes?

The problem lies elsewhere. First, too many corporate executives are men without faith. They may belong to "mainline" churches, and, in some parts of the country,arc expected to join them for public relations purposes, but they are still men without faith, often in churches without faith. Recent studies have shown that, whereas most Americans affirm a Christian faith, a very great majority of the men in the communications media do not. Moreover, many are strongly anti-Christian. It would be interesting to see if a study of corporate executives would give like results. Of course, for public relations purposes, many such executives would perhaps routinely give dishonest answers.

Second, without faith, a man finds courage drained out of his system. For him then the world is without meaning, and, in such a world, what is worth fighting for? To such a man, easy and evasive solutions are the best. Not surprisingly, cowardice has become very common among corporate executives. Nowadays, to find a courageous executive usually means that he is a believer, whether Christian or Jew. He does not evade responsibility: he assumes it as a privilege. Most, however, have much to lose and no faith, and hence, are timid and cowardly.

As a result, most corporate leaders today are supportive of power, whoever holds it. They reject any stand on the bases of beliefs and morals of a pragmatic position. As a result of this lack of faith, and this cowardice, men of wealth have abandoned their responsibilities to society. Some such men have organized various councils to deal with a variety of social and political issues, but all these groups are models of impotence. If a problem arises, and a group or people become threatening, the "solution" is to throw money at them. Hence our foreign aid program, and hence too our insane bank loans to countries incapable of repayment. The solutions of these councils are the "solutions" of bankruptcy -- moral, intellectual, and financial.

Because of this, we have seen the rise of underground man, of the lowest elements in society. They are the new revolutionary element! They are bold, because, having nothing, they have nothing to lose. And they are bold because they can smell the fear of them by the rich, and also by the middle class.

Moreover, because the rich, and the middle class, are marked by a weak faith or no faith at all, they are cowardly when challenged. The underground people, sensing this, push as much as they can.

Once underground man was confronted with the challenge of the gospel of Jesus Christ. Now, money is thrown at him in the vain hope of buying him off.
Cowards find talk of conspiracies comforting. Conspiracies have always existed, but men of faith have conquered them again and again over the centuries. Now, as someone has rightly observed, the homosexuals have come out of the closet, and the Christians have entered the closet. Every kind of group grows bolder as the rich, the middle class, and the lower class show a weak faith and much cowardice. Cowardice is no respecter of class or status.

"Unto whomsoever much is given, of him shall be much required." Our generation has been given much, and the Lord requires much of us. We have been schooled to demand much of others, however, and we demand to be saved! I am regularly amazed by the fact that people who have never contributed a penny to Chalcedon will write to demand hours of thought and work from us at their bidding! One such person wrote twice thereafter, very indignantly, to indict us for failing to answer to his every demand! As a professor of history told me about 15 years ago, we are witnessing the death of civility.

Much is required of this generation, and the time of reckoning draws near. We have a calling to serve the Lord with all our heart, mind, and being. We have a work to do, or a judgment to face. As against all that we face, we have the power of God unto salvation (Romans 1:16).It we know Christ, then we know the power of His resurrection (Philippians 3:10), so that we are summoned, not to continue in weakness or cowardice, but in His almighty power. (January, 1988)

Taken from Roots of Reconstruction, p. 393